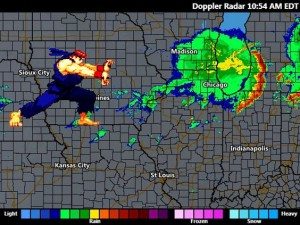 Welcome back to another article on the Stormcast Eternals!

My name is Anvil, and today is the first of a two-part series covering the Battalion Warscrolls of the sons of Sigmar. Just like formations in Warhammer 40000, by taking a certain composition of units, you gain additional rules that can be used on top of what they can already do, giving them a focus on what their role is on the battlefield, or adding more flexibility to them. I want to note that when I talk about the abilities or special rules for the battalions, and I reference a unit, unless I state otherwise, it refers to a unit that was taken as part of that battalion. Be sure to check out more tactics articles like this one in the Tactics Corner! 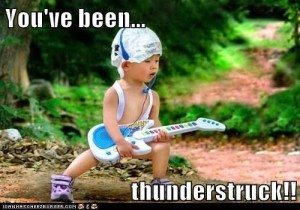 If you play Stormcast Eternals, then this is probably the first battalion you played with, as it is the exact contents of the Starter Box. A very straight forward battalion, everyone in it gets Brother in Arms, which adds 1 to the Bravery of everyone in the battalion. It’s not a great bonus, as your Lord-Celestant on Dracoth will likely be your general, and he has the command ability to make your units immune to battleshock. The bonus will only be applicable when you take up another general or the army gets very separated, which I will advise to avoid doing. The other ability they gain is a signature of theirs: Lightning Strike. This allows any or all models in the battalion to be held off of the table, and you can bring them in any of your turns during the movement phase, 9” away from enemy models. This covers one of the biggest weaknesses of the Stormcast Eternals, and that is speed. This gives you the ability to strike the weakest part of their army quickly, or to get close to an objective before it’s too late. Your Retributors and Lord-Relictor benefit from this the most, allowing them to really put pressure on them fast, freeing up the rest of your army to strike. 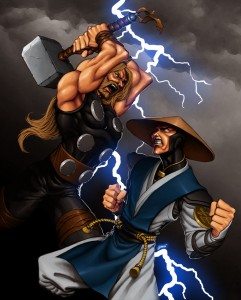 Lords of the Storm

While Heroes of the Host is extremely similar to this battalion, we’re going to only cover this one as outside of the requirements, they are literally the same thing, and Heroes of the Host was a placeholder for this one until they came out with the rest of the models. This battalion has quite a bit of flexibility as far as meeting its requirements, with the only tough restriction being the Lord-Relictor, because (as of the moment of writing this article) you can only get it from the starter box. But there’s nothing saying you can’t convert your own, of course! This battalion is the prerequisite for other larger battalions, like the Warrior Chamber, Harbinger Chamber, or the Exemplar Chamber, and serves as a good guide for beginners of how many heroes to take with your generic army. As far as what the composition should be, anything works, but I would choose models that have relatively same movement value. Lord-Celestant on foot with the Lord-Relictor and the rest made up of Lord-Castellants, Knight-Vexillors, and Knight-Heraldors will stay close to each other, moving steadily up the field. But if you want to blitz more, then take the Lord-Celestant on Dracoth with the Knight-Venators and Knight-Azyros close by, with the Knight-Venators guarded from assaults.

The Lords of the Storm brings one minor ability and one moderate ability. The minor ability, Aura of Command, adds 1 to the Bravery of all Stormcast Eternal units in your army if they are within 6” of any Hero model from this battalion. This can have a fairly significant boost to your Bravery 6 units, as they only start losing models in battleshock tests when they lose 2 or more models. However, there are enough battalions and abilities available that either make them completely immune to battleshock or gain other bonuses to it. Unless you face against an opponent whose attacks rely on rolling against Bravery, it is just a nice little bonus.

Wave of Celestial Might, however, can be a strong ability when used properly. If at least 3 Heroes from this battalion are within 3” of each other in your opponent’s hero phase, you roll a die for each unit within 3” of them. On a 4+, that unit takes a mortal wound for each Stormcast Eternal Hero within 3” of it, and they HAVE to retreat during their movement phase if possible. The mortal wounds are nice, but forcing the opponent to retreat is massive, as it forces the unit not only to leave combat, but to also not be able to charge that turn (unless they have a special rule around that). This can allow you to isolate their units to make it easier for you to focus on another unit, and to prevent losses. One of the most effective tactics in most games is to handle one unit or person at a time, to prevent you from being surrounded, and to not split up your strength. 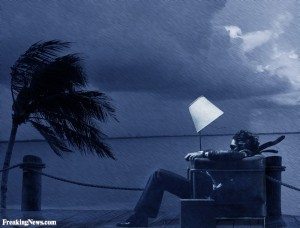 One of my personal favorite battalions, the Thunderhead Brotherhood takes units that are normally okay or mediocre, and increases their power enough to be quite threatening, while emphasizing how they compliment each other. The first ability they gain is [name here], which provides protection for your Judicators from shooting attacks when your opponent can’t draw a line from their unit to any of the Judicators that does not pass within 1” of your Liberators by increasing their Save roll by +1. The other ability they gain is [other name], which allows each unit to reroll 1s on To Wound rolls as long as they are within 8” of two other units from the battalion. Both rules encourage keeping your forces clustered and close, to protect your weaker ranged units from being charged or shot at by placing Tank units around them.

When it comes to placement, you have a lot of options. If your opponent does not have any way to flank your army effectively through Realmgates or reinforcements, then the best way to place them is the Liberators lined up as best as you can close to the front lines, with the Judicators behind them. If you are in a defensive position where you will be surrounded, then form as best of a circle as you can with your Liberators, with the Judicators placed in the center. Other times, if you plan to move them up the side of the board, then you can form a semi-circle of Liberators around the Judicators, who will be hugging the edge as best as possible.

When it comes to what weapons they should carry, you can really equip them however you want. Personally, my favorite layout is to have the Liberators with shields and hammers/swords, while the Judicators have bows. This is a good balance of range and defence, combining the rerolling of 1s for saves to stay in the fight, with the accuracy, range, and rending of the bows to help take down any threat that comes along. But if you want to be more offensive, then I would honestly go with dual-wielding hammers/swords paired with crossbows. Push up the field as fast as possible with the whole battalion and use their weight-of-dice advantage coupled with a lot of rerolling hitting and wounding rolls. 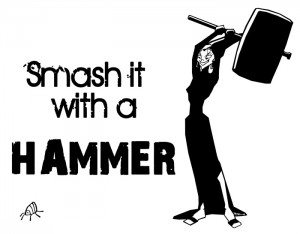 This battalion takes your slow Retributors and basically turns them into a hammer fired out of a cannon from orbit. Your opponent’s flanks are not safe whilst your Prosecutors live. The Hammerstrike ability allows you to hold one or both of your Retributors off the table in the Celestial Realm. Then, during any of your movement phases, you may place them within 6” of the Prosecutor unit, without having to worry how close the enemy would be to them. If the Prosecutors have died already, they have to deploy 9” away from enemy units, leaving them open to counter-charges if they fail theirs. Also, on the turn they arrive, if they were deployed close to the Prosecutors, they add 1 to their ‘to wound’ rolls due to their Wellspring of Thunder ability. If you end up taking multiples of these battalions, you can launch a horrifying alpha strike on turn one, as the Hammerstrike ability can happen anytime during the movement phase and not the beginning. Meaning, that your Prosecutors can Run, potentially moving 18”, with the Retributors placed up to 6” in front of them, making it a 24” threat range. And that’s not including charge attempts! 24” is further than most ranged weapons attack at, making it so that your Hammerstrike Force has a good chance of making it into combat without taking damage. I think this battalion benefits most with Prosecutors that have the hammers and shields, or dual hammers, as they will be up close quickly, most likely getting stuck in combat. If you do take the ones with javelins, be sure to move back out quickly, or retreat if necessary. Also, if you only take one Hammerstrike Force, then consider using them as hulk-busters or assassins, attempting to flank your opponent’s stronger, more threatening units, like Monsters or Generals, or even to strike down an objective that requires you dealing damage to it. 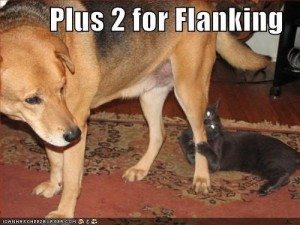 This battalion is all about harassment and flanking, using the Prosecutors launch ranged attacks as the Liberators teleport around the field and using weight-of-dice to defeat their enemies. While the battalion doesn’t give the Prosecutors much in the way of buffs, it makes the Liberators that are attached to this battalion very flexible, turning them into excellent Flankers, and even decent Strikers. The Bearers of the Storm ability allows Liberators to roll 2 ‘to wound’ rolls for each successful hit roll result of 6 if they are within 8” of one of the Prosecutors. While a 6 may not sound that impressive, remember that the Liberators have Lay Low the Tyrants, which adds to their dice rolls, and thus only require a 5+ to trigger that ability. And that is before we look at Lord-Celestants on foot as the general, or the Harbinger Chamber, which we will get to next time. Their Stormstreak ability teleports the Liberators during the movement phase, instead of moving, to within 5” of any of the Prosecutors, immediately bulking up that area of the table. Again, they can be placed within 3” of an enemy unit. These abilities combined allow for some really tricky positioning on the table, and allow you to really drive your opponents nuts chasing them around. Keep the Prosecutors moving, avoiding their stronger units, and attempt to strike the weaker flanks, whittling down the army in total. This is one of the few times where I would say that taking more than the bare minimum unit size for the Liberators would be advantageous, as they are the heart of this battalion. I would even suggest going up to 15 or 20 models, if you can fit it, but a unit of 10 should still do fairly well. You can equip your Prosecutors however, and I don’t think there are an compositions that are preferable for them, and the same can be said about the Liberators. If you want to be more offensive, then eschew the shields and take up dual-wielding. If you want to be more defensive, then the shields are more desirable. However, this battalion feels like it wants to be offensive, so that’s how I would personally build them.

That is all for today. Next time, we’ll be covering the rest of the battalions from the battletome and a couple of the free ones that are available. I hope you enjoyed this article, and I’ll see you later!