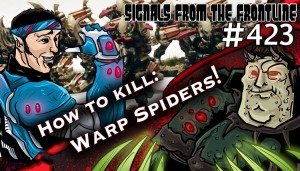 Join us for the live show on Twitch, 11am PST by following this link! In this episode, we discuss ways to take down those pesky Eldar Warp Spiders! 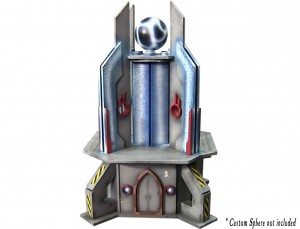 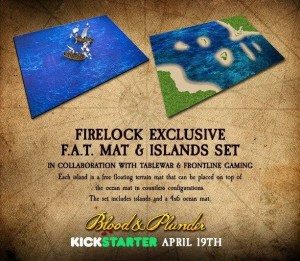 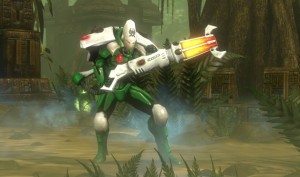 The Warp Spider is the current bugaboo in 40k, and has disrupted the tournament meta quite a bit. These little buggers are quite the pain to deal with, but what makes them so good? How do you handle them when you face them on the tabletop? Listen to the show to find out! 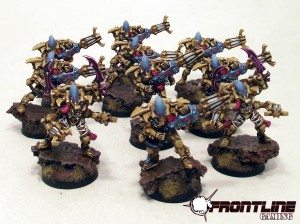 Next Monday: Tactics for playing with and against Tau Stormsurges! 11am PST, 4-18-16

Blood & Plunder looks interesting, I guess there will be more info about it when the KickStarter goes live? In the 80’s Yaquinto Games published Swashbuckler, one playing board was inside a beer hall, and you could throw chairs and beer mugs at your opponent – good fun!

Liked the new Monday Format. Figured I would add that.

How does something like the current situation with warp spiders even get into the game. Wave serpents to warp spiders. 40k would be a lot better if the eldar just go away.

GW writes rules to be flavorful I think, not overly concerned with game balance (at least, that is my perception of the situation). Eldar were very weak in 5th ed, then in 6th and 7th they exploded back on to the scene.

Mostly they’re just underpriced. Put WraithKnights at 100 Points more, bump pretty much everything else (You can leave the CC Units and Phoenix Lords alone) up by about 10% or so, and that’d probably bring them in line with the rest of the field pretty well.

…And then Space Marines, Daemons, and Decurions would be kicking everyone’s teeth in instead. 😛

Yeah, it just lops off the little bit at the top, it doesn’t level the field as a whole.

The point tho, was that the issue with Eldar isn’t that they have anything inherently game-breaking, just a lot of stuff that’s stupidly good for its cost. That makes them a lot simpler to bring in line than SM or Daemons, where the power of the lists is a bit more complex.

yeah, forgetting a grimoire or it not going off, or an awful round of warp storm can make the whole army just fall apart. I feel like Eldar Armies don’t fall apart they just get less effective as you kill them in a linear scale. There’s no lynch pin to go for. If you kill the wraithknight its like, okay, now I just have a bunch of really good warp spider/obsec bikers to deal with. Nothing in the army really needs support.

For decurion you can focus and kill the spiders so that the wraiths don’t get their buffs and now they’re much more reasonable. Battle company is more like eldar though in that it scales linearly, but even with them you can pop the rhinos and they become much less mobile if nothing else.

Eldar armies do have a significant weakness in terms of fighting reserve strategies- it is in no small part the existence of allies allowing them to bypass this weakness that makes the faction as strong as it is currently (although obviously Scat Bikes, Wraithknights, etc, would make them strong regardless.)

The easy way to “bring in line” SM is incredibly simple- ban the Gladius. Without the Gladius, SM just aren’t very scary at all. But I don’t think that’s a good step any more than I think we should be fiddling with Eldar’s unit costs, because both of those are going to piss off a LOT of players.

AP, I think you mean ban the Battle Company. Correct me if I’m wrong but isn’t that the formation giving the free transports? Gladius, Talon, Scarblade, and various other strike forces just use it as the core requirement.

The other issue with SM isn’t perhaps one of overall power, but Grav, as it currently stands, is incredibly harsh on a lot of things that might otherwise be decent, especially since SM also have easy access to Ignores Cover.

Banning the Battle Company does do most of the job, tho.

The Battle Company is not actually a formation, it is part of a rule in the Gladius Strike Force. Banning the Gladius, banning the Demi-Company, and removing that rule would all have the same functional effect.

Lucky for eldar players you dont make rules as these ideas are flat out retarded.

You can debate for sure, but FLG is not the comments section of YouTube, please be respectful to your fellow commentors.

On another note it appears the podcast of this episode hasn’t been uploaded?

What will I listen to on the way to work?

Both the link in this page and the itunes feed are not the podcast, they are an audio of the last
tiesday night fight! Emperor help us!

Seems the same for me…

… I’m glad to see someone else said it.. I thought I was going insane.

Yeah, sorry about that, fixed now.

When I play Harlies I have a lot of success against Warp Spiders. Harlies are only as afraid of Spider guns as much as lasguns, the monofilament rule doesn’t matter to them, and the Harlequin move-run-assault can catch them despite their hit-and-fade tactics.

And the I10 Solitaire has no sh1ts to give about weapons that target initiative.

Yeah, Harlies are great against them!

Nice one guys as always. All this talk of spiders I cant be the only person desperate to see Reecius footdar back on the board.

They should be done being painted very soon!