Dreams of an Adepticon D – Part 1

I’m currently 30,000 feet above the central United States.  I’m in a marvel of human engineering, hurling through the sky like the mighty hammer of Thor.   I look out the window and gaze at the majestic beauty of our country, and I find myself able to think of only one thing. D’s.   Pure, unmodified, throbbingly painful D’s slapping me in the face over and over and over again.  I write of course, about Destroyer Weapons in the game Warhammer 40k.  If you found your heart rate increasing while reading the introduction to the paragraph, it’s ok man, it’s 2016. 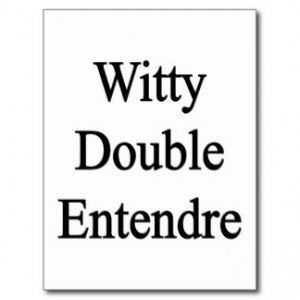 Chicago is my destination, specifically a small suburb of Chicago named Schaumburg known for its auto dealerships and the world famous tabletop gaming convention, Adepticon.  This will be my second time attending this convention, and Frontline Gaming’s first time exhibiting our fine wares in their legendary vendor hall.  I couldn’t be more excited to be attending again, since the majority of events I attend every year we are running ourselves and I don’t really have any time to enjoy myself during them.  This year I will be competing in their Warhammer 40k Championships, and I must say I put a lot more time and effort into creating my list than I normally do.  I know at this point in the column you’re thinking what this has to do with my obsession with D’s 30,000 feet in the air.  Well I’ll tell you if you just give me a chance! OK!  I’m bringing a Stormlord.  That’s all I really need to say about my chances in going to the second day of the tournament.  Whilst preparing for the event I knew that the Adepticon folks like to run their tournament as close to the 40k rulebook as possible, with leaving Invisibility and it’s re-rolleable 2+ saves as they are, etc.  I completely forgot how good rolling to go first is when playing straight out of the rule book.  One thing I completely failed to take into account when writing my list including a mediocre Super Heavy Tank is their leaving the Destroyer Weapon table unmodified. And now I look around me and all I see are D’s.  Just slapping me in the face with their 6’s.  I’ve played the ITC version of the Destroyer Weapon Table for so long I forgot just how devastating and incredibly game breaking the D weapons are in the game.  It’s a mechanic that simply revolves around your opponent’s luck while rolling a die.  They get that 6, you remove your model or unit, shake their hand and go grab a drink. 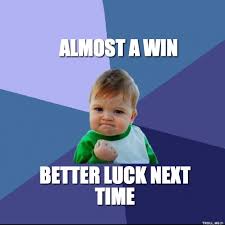 It’s really a mechanic that feels completely alien to the rest of the game and to be honest hammers the point home that Warhammer 40k is not a game meant to be played in a competitive environment, at least not when playing with the rules written as they are in the rulebook.  I understand the argument FOR playing the D weapon rules as written.  It’s a counter to un-killable Deathstars (not really), Lords of War, Super Heavy Vehicles and Gargantuan Creatures.  I GET IT. I GET YOUR POINT.  My counter to your argument would be what about my single Leman Russ Battle Tank?  Certainly not a competitive or overpowered unit. It took a really long time to assemble and paint the model in my orange and yellow color scheme.  My dad got me that model, and it really compliments my Astra Militarum army.  I also have a single Chimera, some Ogryn, and a couple of Infantry squads on foot.  Excuse me?  What do you mean I have to remove the Leman Russ off the board? You rolled a 6? What? Oh ok. I probably won’t be coming back to this tournament. (END SCENE).  As you can see in our little narrative the D strips away all dignity and leaves both players with a nasty taste in their mouth.  I must note that the scenario above would also be true in the ITC modified D Weapon Table.

The pilot has turned on the seatbelt sign and we’ve begun our decent into Chicago.   I shiver in anticipation, imagining the D’s that await me.  Lain out in their glory on every table.  What does my future hold?  Will my Void Shield hold, allowing my Guard firepower the time to purge the alien filth or will it be Warp Spider’d (a new verb) on turn 1, only to have the pride of the fleet Belligerence double D’d out by a Wraithknight?   Find out next week!