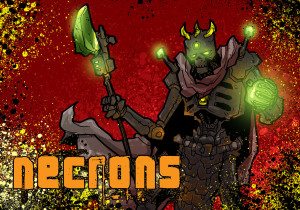 We’ve got a great fight for you tonight! Necron Decurion with the Retribution Phalanx vs. Ole’ Belligerence herself in Raw Dogger’s Astra Militarum list! Tune into our Twitch Channel for the fun.

First order of business. I had a lot of fun playing Jason for the first time, he was funny, competitive, and his list was different. having said that I did think that both time, and my list were an issue.

Time is something that is going to be an increasing issue as this ITC season goes on, and players need to do something about it. Whether that is pressuring your local TOs or pressuring your opponents to play faster, or calling judges over to keep an eye on your game, everything we do, no matter how small, can help all parties involved experience a more fun, and gratifying 40k experience. Obviously Jason had a lot of die rolls, as did I, and I am not complaining about my ability to win the game if it had gone on. Jason and I were playing casually and were not trying to win at the expense of each other’s enjoyment. However if this had been a tournament game, I would have been thoroughly disappointed. Right now I know I have to play faster, and encourage my opponents to do the same, and I don’t think that is the kind of environment I personally will enjoy. I love talking and bantering with my opponent, and I feel like having to play speed 40k might come into that. Chess clocks will just hinder us more (they aren’t a normal practice) and I feel like everyone should run the list they want (1850 never stopped you quick green tide players).
I don’t like Necrons, just my opinion, I don’t have a really amazing reason, I just don’t like them. They are annoying to kill, I don’t like the models, and their fluff is dismissive at best. That didn’t stop me from trying my best win with the list I played, and I like to think I tried my best at giving the ol’ metal skulls a good showing. My list was solid, just a standard Decurion with Canoptek Wraiths and the like. It was the Retribution Phalanx that was a big issue. Even though we explained it’s special rules to Jason it made me uneasy to think that he was still blindsided by the formation, and that he would not be the only one. I want the community to really debate this formation maturely, seeing as I think there is a middle ground we can find that makes it both, still strong, but not silly strong. It also highlights an even bigger issue, “What counts a unit as being in something?” This is one of those primary BRB rules that I hope GW addresses in their new FAQ.
Turn 1 was hilarious, losing my wraiths to one round of shooting from “Belligerence” and then getting off a turn 1 assault to bring his blob squad up the center of the board really made the game interesting. I think I should have hidden my Wraiths better and just played for turn 5. I obviously wasn’t going to win Maelstrom so if I had hidden my wraiths I think it would have both sped up my turns and also shown off how good Necrons are zoning and creating a winning footprint.
Thanks for the game Jason!

Please note, we’ve got a new time for TNF! It will be at 5:30pm PST going forward, thanks to everyone who gave us their feedback!

Resilient Crons with tons of weapons that can hurt vehicles often spells disaster for Astra Militarum who rely on shooting and their tanks surviving to win games. 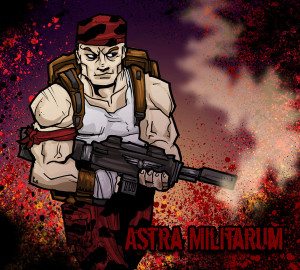 Champions of the Greatwolf Detachment

Can Belligerence and her overwhelming firepower get through the Necron defense or will she fall to the Gauss weaponry? Tune in at our new time of 5:30pm PST to find out!

The Dowg is on the scene, son! haha

Who let the dogs out! Who who

May or may not be coming out next week.

He pulled it off!

New time change… much prefer the old time but cant make everyone happy… I assume this must have been what the people wanted. chat seems quieter but could just be my perception with this change

It’s easier to view for East Coast players. Easier on us, too, actually, we don’t have to stay so late.

Psychotrope or Psychostroke? Either way, I loved it!

Yeah, well played to the Dawg!