Guest Editorial: The Ork Blues: To Keep the Green Tide or Not?

You are here: Home › 40K › Editorial › Guest Editorial: The Ork Blues: To Keep the Green Tide or Not? 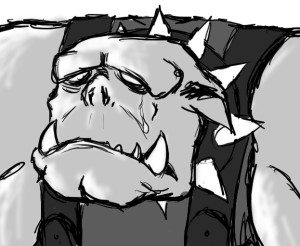 A guest editorial by HotSauceMan: pros and cons of keeping the Green Tide formation.

Just recently Orks got a reprint of the Waaagh! Ghazghkull supplement. This is one of the first time not only has a supplement has been reprinted, but one within the same edition. It gave a lot of cool stuff to the army, but it also took away their favorite formation, The Green Tide. For those not in the know, the formation was anywhere to 100 orks to 300 that formed an entire unit. This thing was an entire army for many Ork players and other than Zhardsnark bikers or hitting your opponent with a 2×4, Orks didn’t have much in the way of competitive armies. Full disclosure I’m not an Ork player, but I think that gives me a position to look at this objectively. I went through some forums and trolled the comment sections of videos to saw some of the arguments people where using and decided to do a Point/Counter point to this debate. 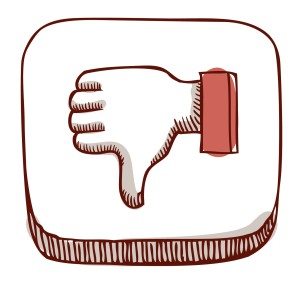 Arguments AGAINST keeping The Green Tide

Point: It is an old entry and like many of the others, it is no longer valid.

This is arguably the best reason for no longer keeping the formation around. Stuff from old books are no longer kept around. Just ask Dark Eldar how much they miss Vect or The Baron (I think they had other characters too, but no one ever used them so I don’t know). But we accepted that they were gone when the new book dropped and just shrugged our shoulders. It’s a fact of life in this game that the new replaces the old and we lose things.

Counterpoint: Yes it is an old entry, but it is still a Dataslate and those are independent.

Dataslates are now the new thing for armies, if we assume they are actually independent of their codex or host book. Numerous campaign books and White Dwarf has shown us that this may very well be the case, one example is the new Ironpriest that replaces the old one. You don’t need a “host” book for them, really. The Green Tide should still be allowed for this reason. The reason for this is that the data slate should be considered independent from the host book.

Point: If the Orks get that back, then I should get X back as well.

So, if Orks are allowed to have old stuff back, than so should the other armies as well. That because another army got something back, so should all the others. Over the years, plenty of armies have gotten invalidated and I’m sure people would love to have them back too. The argument that once we let one army have something, then all the other armies should get it as well comes up frequently. This is a pretty fair statement, all armies should get the same treatment and treated the same, regardless of how they fair competitively.

Counterpoint: Just because one army gets something back, doesn’t mean all will

This is really just a slippery slope argument in all reality. It says that because one thing will happen, it will lead to other things happening then end up where things have snowballed out of control. We have all seen this argument before, when the ITC community voted to change the 2+ reroll save and Invisibility. Both times these where met with outcries of people saying the game we would be playing would be “ReeceHammer” or “FrontlineHammer”. But since then, very little changes have been made to core rules other than to clarify rulings. I do not think we need to worry about a snowball effect here. 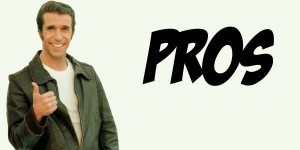 Arguments FOR keeping the Green Tide

Point: GW said I can keep the army, they said you could use either book

At one point, when GW heard the backlash over the fact that The Green Tide got let out of the book, they did the simplest and most GW answer you ever heard: use whatever book you want. So if you want to use the 1st edition book, that is fine, if you want to use the 2nd edition it’s fine, just make sure to keep giving us money, plebs.

Counterpoint: That is a standard GW response and isn’t actually the rules team.

We all know that GW customer service has very little to actually do with the rules team. That this is just the standard response that the company gives whenever there is a rules debate or rules questions: Do what you want. This very much sounds like a case of the left hand not knowing what the right hand is doing. The problem with this response is that it just reeks of laziness and being uncommitted.

Point: You are going to be invalidating my army.

This is a very good point. The Green Tide is in itself an entire army. It is also an expensive one, 100+ Ork boys is not cheap. Hell, painting that amount of Orks is a good long project. Just thinking about that is enough to get me to drop a brick. I commend the Ork players who have done that.

Counterpoint: Armies are already invalidated or rendered unusable in the ITC

All of this talk is really for the ITC, in your own home or in your FLGS you can do what you want. But in the ITC armies are already invalidated. One of my favorite formations is the Heavy Retribution Cadre. It’s a unit of Ghostkeels and 2 units of Stormsurges. It causes armies to not run and halve their charge distance. But ITC only allows one unit of Lords of war outside of Knight armies, so I can’t take it. I know another person who has 3 Wraith Knights, his army is invalidated by the ITC. Those are pricier than the Green Tide is. That and the very fact we have a point system means you can’t bring everything you own. All armies are invalidated in some way.

Point: It is a unique formation that brings something unseen to the competitive scene.

The point of this argument is that a lot of the armies we tend to see around the competitive scene are just MSU spam lists. This is true, 45 warp spiders, Battle Company, ScatPacks and many other lists. But the Green Tide was unique. It was an entire army consisting mostly of just one entire unit of hundreds of Ork boys. That was awesome. It was fun to play with, and fun to play against. You were able to actually kill stuff and feel like you were fighting an actual fluffy army and not one of those Eldar allied with Space Marines allied with Tau armies.

Counterpoint: All armies can have unique builds.

All armies can field a variety of units in several different combinations. But that doesn’t make them effective, so you don’t see them as often. It just so happened that it was both effective and unique. The fact of the matter is there are a lot of unique army builds out there: the day of the netlist is over. 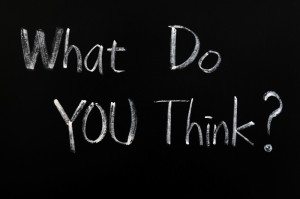 So, there you go, several arguments both for and against keeping this army, along with their merits and demerits.  This isn’t meant for me to give my opinion, because I’m guessing you all really don’t care. This is meant to give you an idea of why people are arguing about this and some reasons why it might be important. If this is put to a vote, or if it is just decided on, then have this in mind to understand some things.

43 Responses to “Guest Editorial: The Ork Blues: To Keep the Green Tide or Not?”

Leave a Reply to elphilo