Hello everyone Frankie here with a warhammer 40k tournament report with the new Tau.

A few weeks ago we grabbed all of our stuff and headed up to Pasadena for a 3 round RTT. It was a large turnout with 32 players. I brought the Tau list that I have been talking about for a while. The list is:

Round one I pulled a nasty Daemon list with a Khorne Chaos Knight, Fateweaver, Drone Star, and a Screamer Star. I knew that if I wasn’t able to kill the Drone Star that it would wreck my Stormsurge’s. I got first turn and was able to bring the Dronestar down to just the Hearld with the Riptides using ripple fire and with the Stormsurge’s shooting everything they had into them. I left my Marker lights out of range of the screamers sweep attacks and moved the Stormsurges forward a little. On his turn he tosses the grim onto his Knight and moves the Screamers next to my Stormsurge’s doing one wound with sweep attacks. His battle cannon shoots at my Markerlights but the Commander tanks all the wounds. My turn two I finish off the Nurgle Hearld, get three D shots into the knight and roll 2 lucky 6’s. The poor knight didn’t get to do anything due to my luck…ouch! I then fired the Riptides into two units that he had summoned and wipe them both out. My surges charge into the Screamer Star and the 6’s continue, I end up stomping out the grim Hearld and all but one Screamer. At this point my opponent is ready to throw in the towel, unfortunately. But he brings Fateweaver in which I intercept with all the Riptides and am able to kill with some good rolling on my part and poor rolling on my opponents, leaving Fatey dead having done nothing. We call it after that craziness. Tau win 11-0 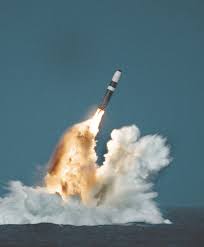 Round two I pull an Eldar player. This should be fun because I haven’t had a whole lot of practice against Eldar. He has a Wraithknight, 6 Jetbike units, Swooping hawks, Warpsiders, D barrage, and D scythes with a Webway Portal. This should be an interesting match-up. I win the roll to go first again and bring the thunder. I am able to kill the Farseer, Autarch, both Vaul’s Wrath Batteries, Swooping Hawks and 4 units of Jetbikes in my first shooting phase….absolutely brutal! On his turn he is able to do 3 wounds to one of my Riptides and fly one of the Jetbike units out of sight.  My turn both Firewarrior units come in next to the Jetbike’s and are able to bring them down. I also shoot 5 D missiles into the Wraithknight, destroying him. The Riptides bring down the other Jetbike’s and the Dark Reapers leaving the board empty for his reserves. Unfortunately he only gets the D-scythes on the table. We call it at this point since my whole army has interceptor and odds are he wouldn’t survive the drop. We were laughing and having a good time and cannot wait for a re-match. Tau win 11-0 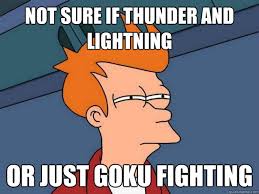 Last round I was hoping to pull a Battle Company to see what the list can do against that match-up. Unfortunately I pulled a 3 imperial Knight list… This will be hard since my army struggles against Knights. He was using the new Atropos Knight and had a Stormraven in reserve. I again won the roll to go first: wow 3 for 3 is pretty lucky! My turn one I shoot 4 D missiles into one of the knights and do 5 Hull points. My Riptides do their double shot and strip 3 hull Points off of another one. His turn he moves up the  field and shoots into my Riptides dealing one wound and another 2 wounds to my Drone Commander. Unfortunately for him, he dropped in the Calexus assassin but I was able to kill him with smart missiles and interceptor. On My turn two I am able to kill two of the Knights with the rest of my D missiles and Burst Cannon’s rending. The Atropos is down to 4 hull points out of 7, which I was surprised by.  His turn he is able to kill one of my Riptides in Close combat and kill a bunch of my Markerlight’s with his Storm Raven. My turn three I am able to kill the Atropos and deal two hull points to the Stormraven. My opponent lands the Storm Raven and forges some hard narratives by charging into my Warlord and the Stormsurge’s. Unfortunately my Stormsurge’s do what they do best and stomp out the 5 man Tactical Squad with a Chapter Master that charged me. His Warlord owns mine and all the Markerlight’s though, which was a morale victory for him, haha. We call it at this point as we see whats going to happen to the poor five man unit in front of Stormsurge’s. Great game and a lot closer than it sounded. I had to kill two Knights on turn two other wise he would made close combat and most likely killed the Surges. Tau win 11-0 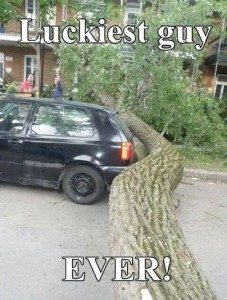 The list performed better than expected, but a little too good in my opinion. It is a list that I would take to a Large tournament but not to an RTT again. I’d rather my opponent’s have a bunch of fun while killing my models as with Battle Company. Stomps are crazy powerful and are a little too much in my opinion, it’s not a ton of fun to roll 6’s and automatically kill models. But that said, I believe this is one of the top Tau lists you can build. The Stormsurge’s fix a lot of the problems Tau have and the Riptide Wing is beastly. Plus the monstrous creature army looks Badass!!! and has no problem finishing games in the allotted time due to the low model count. How has your experiences been against Stormsurge’s? Do you think a list like this would do well at a GT? Hope you all enjoyed the article and look forward to playing some of you this tournament season.