Today on List-Tech we have two of the top Space Marine lists from the LVO, and one of them is Ravenguard!

Today on List-Tech we have two very different Space Marine lists that competed and won at a very high level at this year’s LVO. Both marine lists require a saavy general as well as extensive knowledge of the metagame and matchups. The first list is Steve Sisk’s top 8 placing Battle Company and the only person to win 6 games at the LVO! The other list I have for you guys shows that you don’t need a Battle Company to break into the top 25 at a major GT. Anthony’s Ravenguard list is a unique take on how to run marines with an often overlooked faction. The cool thing about both these lists? There are only 6 grav weapons between the both of them. Guess which one has more? As always tune into the Tactics Corner for more articles and videos to up your 40k game! 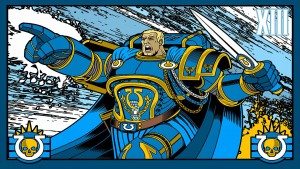 1)I took a Space Marine Gladius Battle company with a Anti-air defense auxiliary. I like the anti air over scout for the resilience and flyer/skimmer/fmc threat. In the ITC format MSU Objective secure units are extremely important. 5/6 missions are objective based and maelstrom also has objective scoring. I chose White Scars for the mobility and flexibility that the army provides.

2) I expected to see more tau than I did. I was worried about tau the most that army gives me the most trouble with its high firepower and multiple unit targeting capabilities. Death Stars are my preferred match up.

– Hindsight is 20-20 and looking back on the LVO was there anything you would have changed about your list to better accommodate the meta you experienced?

3) Yes I would have not taken the Melta command squad with hunters eye. It was only a factor in 1 game really. I could have spent the points on a dreadnought in a drop pod or more dozer blades… I love me some dozer blades.

– What are some tips or tricks you have for people who might want to start using your army?

Here is the most important tip I can give anyone. Master your army, pick an army, learn that army, and stay with army. Resist the temptation of the “Codex Creep”.

Second most important tip is know your enemy and their capabilities, strengths, weaknesses and synergies. 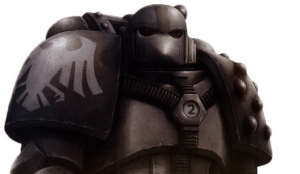 1)  I’ll spare you the rosterbating and just say I’ve always thought assault marines and vanguard veterans were awesome, but was always disappointed that after the 6th ed marines codex came out there wasn’t a way to really make them work competitively. Ravenguard has always been my favorite marine chapter, but again it was always nigh impossible to make their tactics work in a competitive setting. When I saw the new Ravenguad formations I wanted to try and make it work.

2) There is seriously no way for me to answer the first part of this question without sounding like a dick head. I hate the meta. I hate that people react fearfully to any little thing that might be considered a hard counter to their army. So I took units that I figured would give the most people a sense of general ease until they started to see what the army did and how it worked. My army makes heavy use of assaulting out of the deepstrike, so I guess tau and anyone that knows how to deploy Coteaz. As far as easy play goes? Eldar, especially seer council players. Because they generally don’t know what the he’ll they’re doing and watching them sweat bullets after I kill everything not in their seer coucil is funny. That said, I played one guy at the team tournament and he gave me a solid run for my money. We played to a dead tie.

3) You mean list tailoring? Absolutely not. I love the army and I love the way it plays and the one game I did lose I was genuinely outplayed. It had literally nothing to do with my list composition.The one thing I guess would be taking the power mauls off the vanguard and removing the auspex from the chaplain in favor of more melta bombs, I guess.

4) Well I wouldn’t advise them to start with it to begin with. There’s a lot of moving pieces that all have to click together in exactly the right way for it to work. I played probably 5 or 6 test games before I figured out generally how to play it. Other than that, patience and practice and exquisite use of cover saves is going to be the only way to make things happen.

Leave a Reply to DuhRuckus