Guest Editorial: Why a Points drop is necessry for Competitive 40k

You are here: Home › 40K › Editorial › Guest Editorial: Why a Points drop is necessry for Competitive 40k 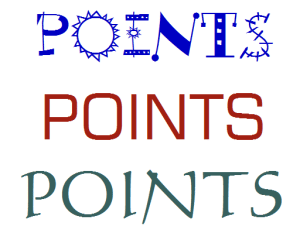 I’m known by most of the followers of this blog and the C&C Facebook page as being a proponent of competitive game play, I’m known to the listeners of TFG Radio as “Salty John”. I also support the ITC format and go to FrontlineGaming events often, always 1 a year for sure. So what I am going to talk about today may seem odd given the results of the recent ITC poll to have events stay at 1850. More after the break.

40k is in a state of flux. That’s not to say it isn’t in a really strong spot, because it is, but the state of flux I am referring to is model inflation. The current way GW has the game organized is we get to put more and more models on the table for the same points cost as before. This is being done, not as it was in the past through points drops in codex, but through “free” or lower costed units via formations and “decurion” style detachments.

The reason GW is doing this is obvious, if you have a strong and robust player group as 40k does. (Seriously, stop listening to SpikeyBits etc about “Bringning HHHobby back” and their consistent sky is falling “Fuck GW, but still buy their products from us” hullabaloo)(Edit: this statement reflects the sentiments of the author and does not represent Frontline Gaming) Then the easiest way for you to sell new models isn’t by getting new players, especially given the high price point of entry into the game, but to get your current players to buy new models. Without wanting the extra cost of producing new codices GW can put out updates via formations/detachments and make it worth while to take old units and give you”free” units that now you will want to buy to add to your list because, hey! They’re free! Don’t get me wrong, I love my dedicated transports to be free, or the upgrades to my vehicles, or the upgrades to my Warconvocation etc. The issue isn’t if this is a good business move or if I approve of the strategy to sell more models with less overhead cost from game/army redesign. The issue is model inflation. 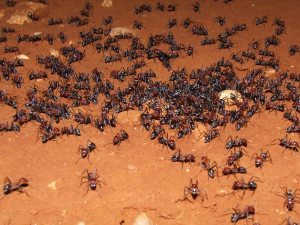 The number of models hitting the table top in a 1850 point list has ballooned, I would argue out of control. The problem of model inflation and game completion became apparent in large part due to FLG live streaming games form the Las Vegas Open this year. Those live streams began a conversation among many parts of the community over game length, and the completion of games in tournaments. It’s become apparent that game completion, or even turn length in general, is a larger issue than many realized. Locally of course many TOs observe that some games don’t come close to natural completions but the majority do. So why then do GTs have a large disparity in completion of games?

That question has been beaten a bit to death recently but let’s quickly rehash the answer. At local events the players more or less know one another. They know each others lists, the local meta, the players’ who are slower or faster etc. It’s easy to play your best gaming bud to a complete game in 2.5 hours when you’re almost fighting the same battle from your game last Tuesday night when you tested your list. This is the same reason players, like me, can suffer from “big fish little pond” syndrome from time to time. It’s easier not only to complete games in your local meta but it’s also easier to win games. When you go to a larger GT, or have an influx of new players to your meta, things get tougher. Games take longer, and you lose more of them, because those outsiders present a variable to the equation you had previously solved. 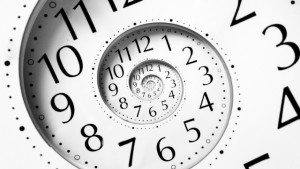 Unfortunately a lot of what we have to go off of in the competitive 40k environment is anecdotal evidence. Things like Torrent, and the ITC rankings give us some semblance of hard data but a lot of this still must be based in the anecdotal. The anecdotal, and some of the hard evidence collected regarding completed games at larger GTs, clearly shows a need to address games finishing on time. Locally we just had this became glaringly apparent. The March 40k tournament at Game Empire Pasadena saw a massive turn out for a local one day event with 33 players. A large portion of the San Diego crowd, including Reece and Frankie from FLG, came up for it and one of our former regulars who moved to AZ came in from AZ for the event!

That did however shift the store meta for the event. Our store rarely has issues with games finishing on time, we all know each other well and play each other often. This last tournament did have major issues, most games did not get past turn 3. These aren’t bad players or noobs we’re talking about here. We’re talking about players from some of the highest ranked teams and army categories in the nation. ZeroComp, Rage Quit Table Flip, NWA, #REKT. To me, and Travis from TFG Radio it indicated that if we’re going to have a consistently high number of players from disparate metas that a points drop would be needed for games to complete. Next month we’re going to try out 1650, having already done a successful 1500 point event in February, and see if that helps.

If games finishing on time is indeed an issue, and the evidence supports this assertion. Than the easiest way to address the issue is dropping points. If you listen to the last 3 episodes or so of TFG Radio you’ll hear Travis, Adam, and the Producer discussing the other ways to address the issue. They do a great drop of breaking down the pros and cons of each way and explaining why they don’t work as well as a point drop. Simply put here are the options. 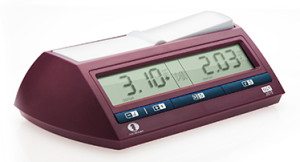 Chess Clocks- While it sounds great on the surface, they simply won’t work for 40k the way they can for Warmahordes. Also the overhead cost to organizers is significant.

Minimum turn or double loss policy- This works amazingly well for our local events. This again is because we all know each other and no one, here at least, is going to risk being ostracize by our group for purposefully slow playing just so your opponent loses too. In a larger event where you aren’t drinking buddies with the guy/gal across the table then the temptation to slow play a game you’re losing so both of you lose may be too much for some players to resist.

Encouraging reporting of Slow-Play- This solution makes an assumption, that the problem with games not finishing is actually a larger problem with players slow playing on purpose. I have an issue with this solution as it seems like an aggressive solution to a passive problem. What I mean is it seems like it will have players reading into the actions of their opponents and finding malicious intent where non actually exists, creating a bad play environment.

Increased Judging/Active Judging- This is a less popular option. Having a large Judging staff with an active, or interventionist, judging mindset rather than a passive or reactionary role. This is hard due to potential overhead costs but mostly because it would be really hard to have enough judges to referee games in an efficient manner under this system. It is the least popular and feasible of the proposed solutions. 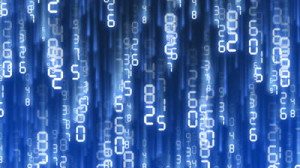 Ultimately a points drop is the only workable solution to game length in the competitive 40k scene.

Personally I wish the ITC vote had gone the other way, I really feel that games need to come to a more natural completion. Playing through turn 3 just isn’t a full game in my opinion. There are of course bad parts to dropping down points to 1650, and I’ll hopefully have a post all about that by the end of the week.

What do you all think about points levels in 40k?

97 Responses to “Guest Editorial: Why a Points drop is necessry for Competitive 40k”