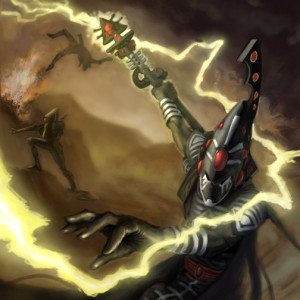 The Eldar Farseer is, hands down, one of the most classic Eldar units in the game. Before the onset of Jet Bike Spam, Wave Serpent Spam, Wraithknight Spam (you can’t actually spam a Wraithknight, but when you play against one it feels like spam – anyways), before any kind of spam, except the real Spam, which came out in the mid-thirties, there was the Farseer… Today, Scuba Steve is going to tell you about the Big Daddy Farseer, Eldrad Ulthran – Buckle up, guys and gals, you’re in for one hell of a ride. As always, for more great articles, be sure to check out Tactics Corner!

Writing Unique Character profiles is a really difficult job. Competitive Warhammer 40k doesn’t really lend itself to hyper-expensive units that are (more likely than not) way too expensive for what you pay for. Additionally, the character may not fit with how the current meta is jiving or his abilities be similar to an inexpensive option or too particular for general use.

When it comes to Eldrad Ulthran, this statement doesn’t change, even though every single ability and wargear this character comes with is absolutely awesome, we still don’t see him get much table time… why? 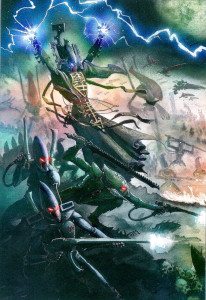 As I do with all of my character articles, it is best to start by breaking down his rules into “good/just okay” categories, so we can get an awesome bird’s eye view of what the big man is all about. Here we go: 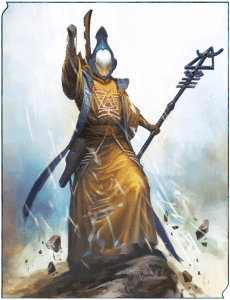 Alright, there are a few ways you could run Eldrad (all of which are really good, by the way), so all you really need to do… is make a choice. There are ultimately three choices:

Thanks to his Warlord trait, you can actually use him to perform a really devastating alpha strike on your opponent. How I was able to construct it was combining the powers of a CAD with the power of a Dire Avenger Shrine (I know what you’re all thinking… “Aren’t Warp Spiders better?!”, it’s okay, Warp Spiders are really good, but they don’t work with this strategy). The premise of the list is shoving a ton of nutty units right up your opponent’s nose on turn one thanks to the scout move your Warlord always dishes out. There is a random element that you can be prepared for, so it’s okay if you don’t get to scout three units all the time. here is the skeleton of a list I’d like to challenge you all to give a whirl:

This is in the area of 1850 points, give it a look yourself and fiddle with things as you like, but the general presmise of the list is to load the Farseer and Eldrad each into different squads of Dire Avengers and then scout the Serpents up the table. On your turn, you move 6″ forward, unload them 6″ (Which essentially puts you in your opponent’s deployment zone) Then use the Killing Strike ability, after you’ve cracked some transports with Scatter Lasers and D-cannons, to obliterate their infantry. The point of a list like this is to overwhelm your opponent from the first turn, your whole army has so much power that most opponents will crumble to it. The math in this list is rough, I left it that way so that everyone can experiment with it in their own way, try it out, it may surprise you.

Eldrad has a purpose, but you need to build your army to take advantage of it, I challenge you all to try it at home or the next RTT you go to, it’s a style of list with some serious attitude.