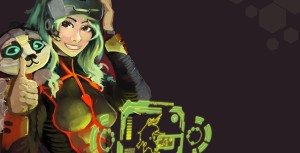 For this threat assessment we are going to take a look at the Nomads, the other half of the Operation: Icestorm box set, and an army you could possibly come across at the up and coming Las Vegas Open. For more articles like this, tips, and tactics, head on over to the tactics corner!

Standing in stark contrast to the clean and perfectly managed PanOceania, the Nomads represent free thought, creativity, and anthropomorphic robots. Boasting 1337 hackers, roller-derby bruisers, and some of the best remotes of the game, Nomads have lots of tools to play asymmetrically and pull nasty tricks and shut down you down.

Interventors: With WIP 15 and BTS 9 Interventor hackers are arguably the best hackers in the game. However with basic weapons, and armor by Fisher Price they will not standup in a firefight. To mitigate this they have the option of taking Fast Pandas. These cuddly looking wifi extenders can be deployed to extend the hacker’s threat radius. Several hackers with Pandas can lock down a board and threaten heavy armor and TAGs without ever leaving full cover.

Moran + KrazyKoalas: Looking at the stats of the Moran nothing particular stands out… but then you get to his skills and equipment and that all changes –Infiltration, now he can start the game up the board. Forward Observer, now he can accomplish objectives. Repeater, now those Interventors are even more effective. CrazyKoalas, now your threat range is huge and anything that tries to get close to you has gets a face full of warm, loving, exploding death – again all orchestrated out of line of sight. 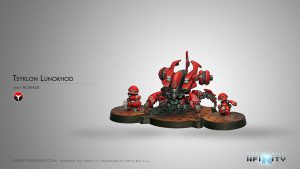 Lunokhod Sputnik + KrazyKoalas: What makes the Lunokhod a serious threat, in a lot of ways, are the same things that make the Moran so dangerous. Repeater? Check. CrazyKoalas? Check. Method of getting into place quickly? Check. (6-4 movement). Once again, Nomads have the best hackers of the game and this unit lets them extend their threat range and lock down huge swathes of the board. Climbing Plus allows the drone to go nearly any place it wants, and its heavy flamethrower is a serious deterrent in both the active and reactive turn phase. 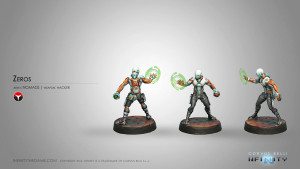 Zeros: The infiltration skill + some sort of camouflage is always a great combination. While the Zero doesn’t have the option to hidden deploy like it’s bigger badder cousin, the Spektr, it is significantly cheaper. More than that, its specialist profiles come with antipersonnel mines. This provides a Zero hacker with multiple vectors to threaten an opponent; it can start in an optimal position, perform objectives, take advantage of the numerous repeaters available in the list, and shut down movement lanes with mines. 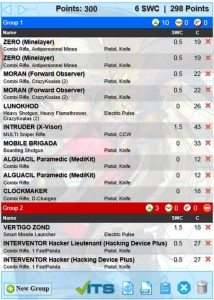 For 300 points, Nomads can bring two of nearly every specialist type, 6 KrazyKoalas, 4 infiltrating models, 4 camo tokens (2 being mines), a Smart Missile Launcher, a nasty sniper, and some heavy infantry to fill any gaps.  What this does is lock down half the board for the Nomad player in layers of hacking ARO’s, mines, and KrazyKoalas before the game even begins. The plethora of specialists will give the Nomad player plenty of options for achieving primary and classified objectives, and the redundant units will allow for a bit of durability should they lose a unit or two.

This raises the question of “How does one deal with all the nastiness the Nomads can bring to the table?”

There is no easy way to get around KrazyKoalas since their activation forces a player to make a dodge roll to avoid them coming at you like a psychotic care bear. There are certain units like the Uberfolk that are adept at dodging and if you have access to them they should be a consideration. However for most other armies, non-hackable, cheap, line infantry should be considered. Slap them on the butt, send them out to die, and write a letter to their mother, these should be expendable units whose sole purpose is to make a hole in the Nomads defensive line. Fusiliers fill the role well, a cheap Kum biker would be even better since in his large movement he can potentially trigger several Koalas. After the path is clear, non-hackable units can come in behind them and attack the repeater carriers. Units with flame throwers or shotguns can be found relatively cheaply and will help negate the camoflauge bonuses of the Zeros and Morans.

As always, share your thoughts in the comments section! And remember, Frontline Gaming sells Infinity product at up to 25% off, every day!

Posted on January 25, 2016 by Casey Roberts in Infinity, Tactics

Thanks. Since I got the Icestorm box Nomads are the second faction I want to build up. The whole rebell hacker theme goes so well with the cyberpunk style of the game I just had to have them.

Yeah, they are a very characterful faction!

Cyberpunk is definitely how I describe Nomads! PanO and Aleph are just a little too glossy.

Check out the Riotgirlzz, for some punk rebel itch scratching.

Woo! Nomad love! My goal is to have a Nomad list that plays somewhat like Brink (A great game that no one played) with light infantry running all over the board harassing. I’ll have to see how viable that is once I get a few games in with their starter box.

Actually I think you will be quiet happy with the Nomads ability to field light/medium infantry!

Bakunin is where more of the oddball types are, and Corregidor has some more straight forward “teeth kickers”