Captain A Going To TSHFT January 2016

This weekend I am playing in Seattle at TSHFT! The Seattle Heart of Fire Tournament. It has gone through many incarnations in the past and I would say it has become one of its best forms as of late. Every table with a F.A.T. Mat, large line of site blocking terrain, and Cruisehammer tickets on the line. It is also run by fellow Team0Comp Mr. More Tanks, Chump Change, and Mr. Dan not Winterman. They have worked hard to put together a comprehensive package to give gamers all they need for the weekend.

Some gamers have been upset about the cost of $90. Last year the price was $70, a very common price for a GT. They added $20 for two lunches on Saturday and Sunday so that they could add an extra round of gaming. I’ve been to a bunch of GT’s and $10 for a catered lunch is pretty cheap. I know many of you want to run to Subway for that 5 Dolla Footlong, but the stress of getting there, eating super quick, and rushing back is not something I look forward to anymore. You are also getting a dice cube, dice rolling cube, and Name Tag if you paid early. Pretty cool.

I did a bit of tweaking to my list, not a lot, 25 points swapped in all, but it has a big change. 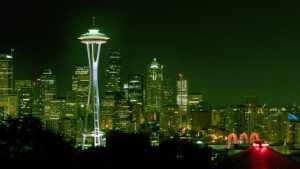 So what I’ve done is dropped the Hammer and Incinerator from the Dreadknight and added the Liber Daemonica to the GK Librarian. Small change but a big impact. What this does is allow me 4 powers on Sanctic to hope to get Gate of Infinity a second time. What I’m doing is putting Draigo with the other three Centurions if the mission does have Slay the Warlord and putting the GK libby with the other 3 Cents if it does not.

Sanctic also opens up such great powers as Sanctuary, Cleansing Flame, and Vortex of Doom. Even the other powers of Purge Soul and Hammerhand aren’t terrible either. So far it has given me a lot of movement options and allowed me to protect the meaty Centurions. It will also be great against armies like Tau (assuming I have decent terrain, which LVO and TSHFT should have) as I can sit tight and then Gate over free of Intercept and blast with psychic and grav. I can still null deploy and have a chance as well. I’m sad about losing the Incinerator as it was so good against a lot of things, but what do you do. You can’t have everything.

I’ll post my results in the comments so stay tuned. I came in 4th last time with a similar list so one can dream right!?!?

“Mr. Dan not Winterman”. I laughed. Good luck! Wish I was there .

Wish u were too man!

Ouch on that last one! Brutal