Today’s awesome conversion comes from Loopy’s workbench. The work on WAAGH! Tuska continues with a counts-as Belakor and Pink Horrors.

Warboss Tuska had the help of a great many Weirdboyz during his adventures leading him and his WAAGH! into the Eye of Terror. Just because they joined forces with the likes of Khorne, that doesn’t mean that WAAGH Tuska cast away their Weirdboyz. Their chief, Belork, was blessed with the impressive countenance of a powerful Daemon, second in stature only to Tuska himself and with incredible, mind-altering powers. Now, going by the name Bel Ork Kor, he takes the vanguard in Tuska’s most important battles and he is accompanied by his chorus of Weird Horrors!

The work on WAAGH! Tuska, my counts-as Khorne Daemonkin army, continues. I’m trying to create at least one version of my list which is reasonably competitive, which means the addition of Belakor. This model is my attempt at making that fit into my army thematically. For this model, I took a pair of wings from an old Reaper dragon and attached a body and legs from the Savage Orc Boar Riders. Then I used one of the arms and the big weapon from the Savage Orc infantry pack for his shadowy blade weapon.

Of course, Belakor is a psyker, so really has no business looking like a daemon of Khorne, so I painted Bel Ork Kor kind of Albino-y, sort of like a big pink horror. I think his pose and size matches up with the real Belakor model pretty well. What do you think?

The Weird Horrors are all the riders for my boars. The boars are being used as Flesh Hounds and these were just lying around being useless. So, I ended up getting some counts-as Pink Horrors out of those kits as well. I just needed to buy some bases. 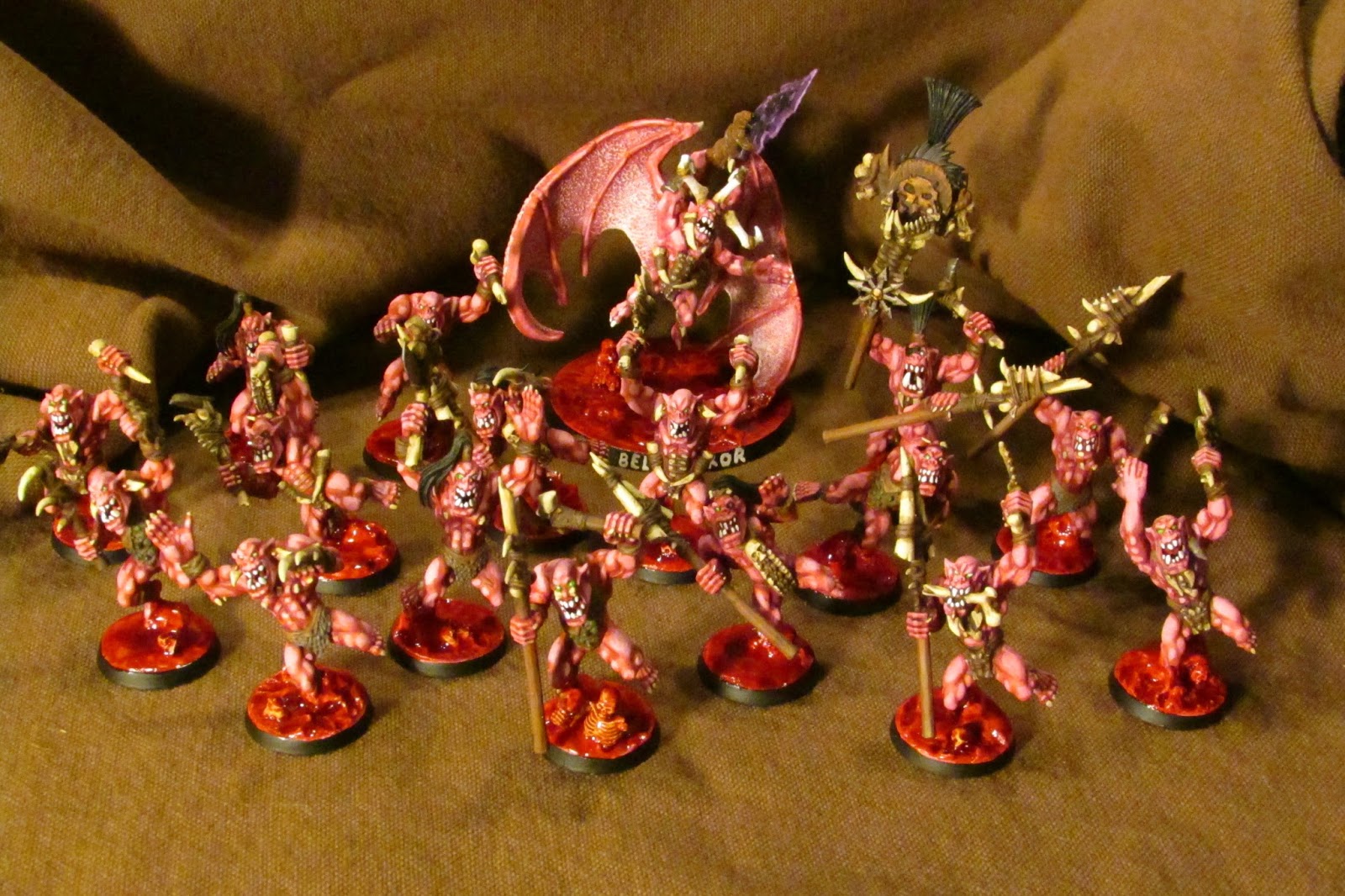 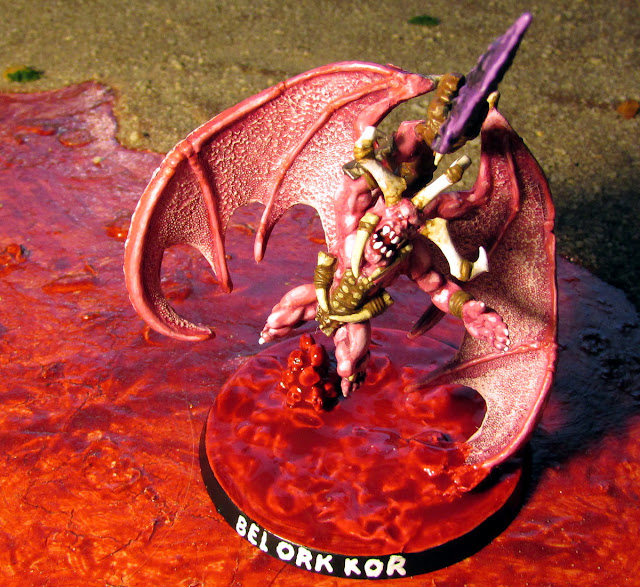 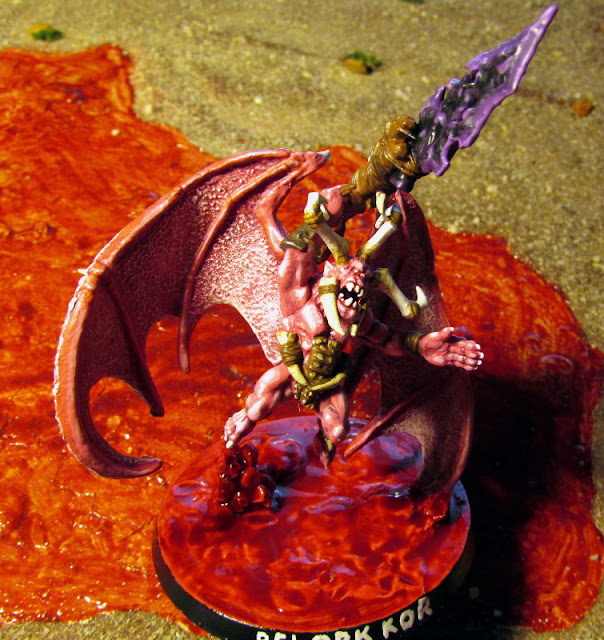 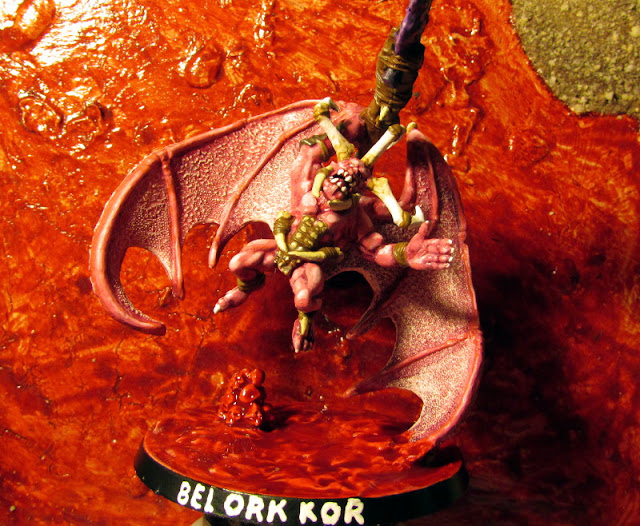 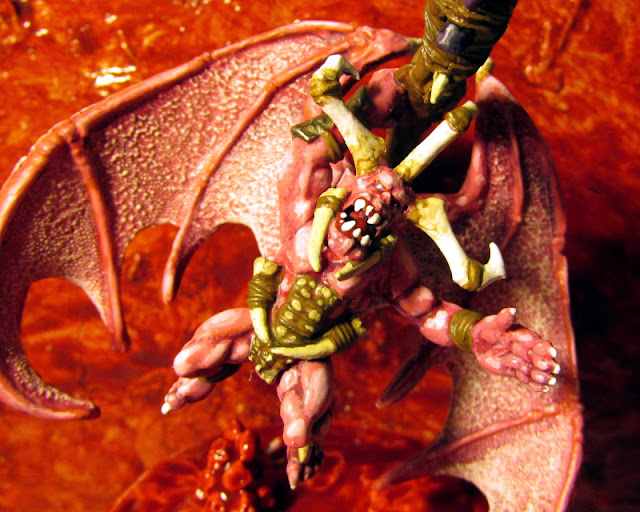 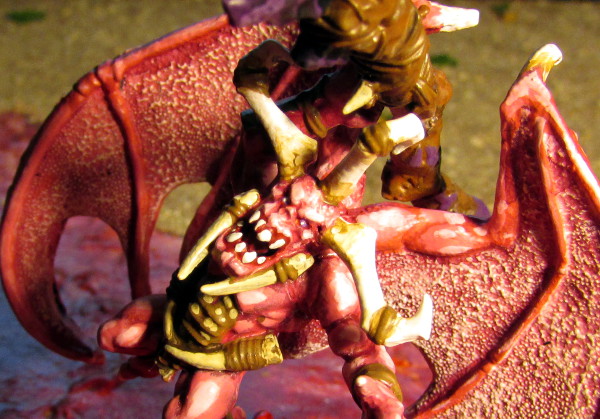 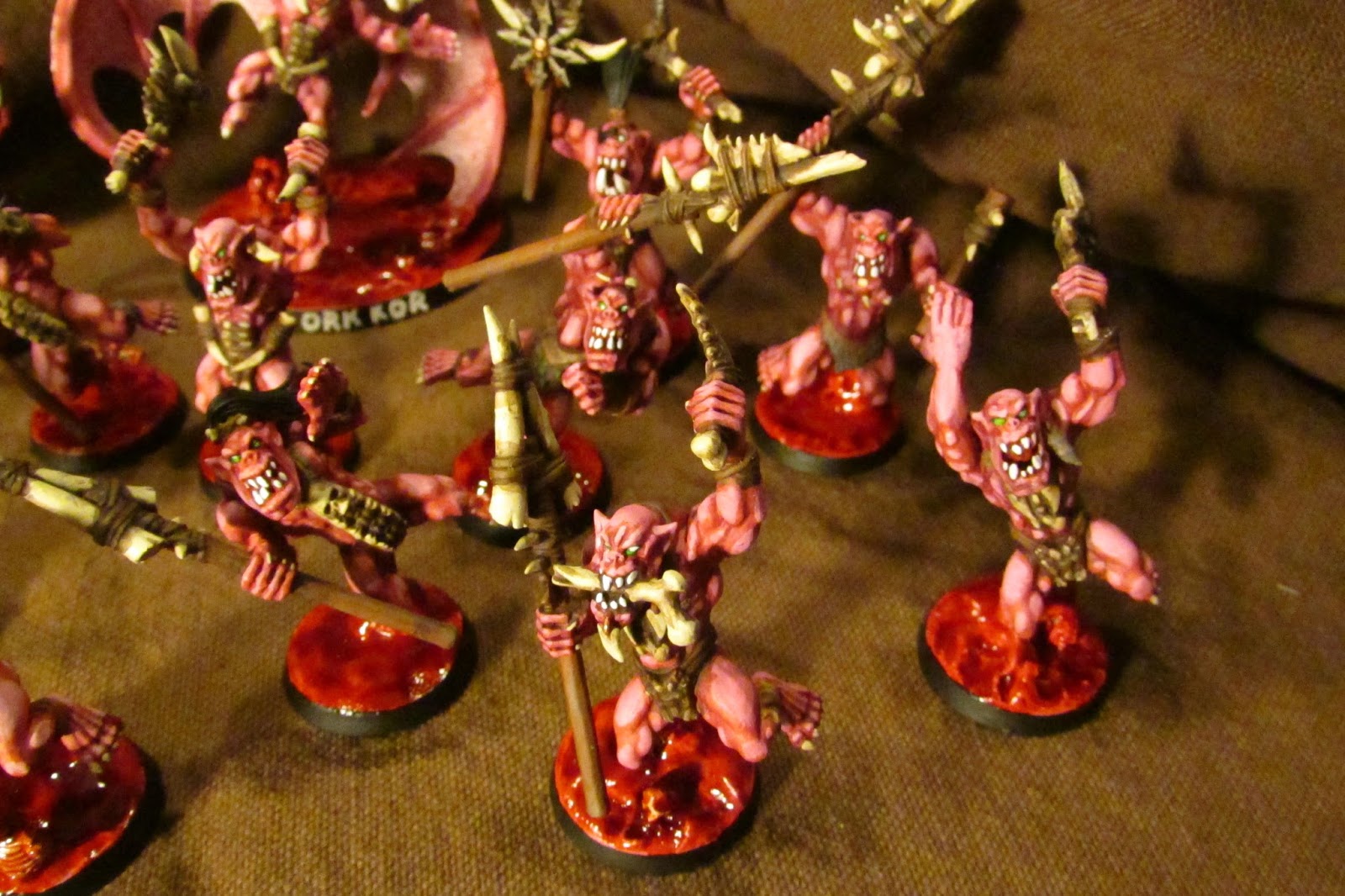 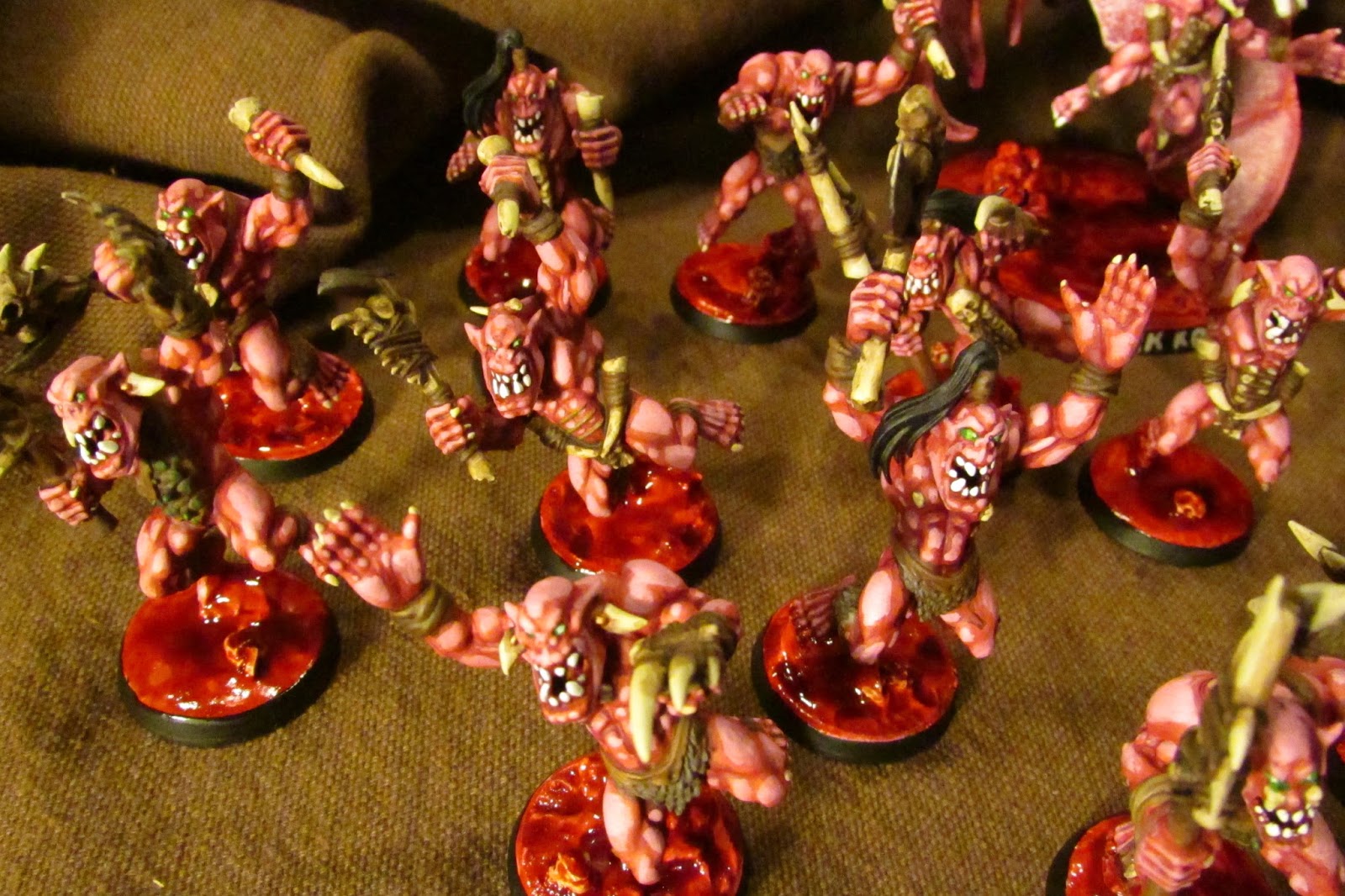 Loopy this project is absolutely legendary. Rock on good sir