The 5 Most Bad Ass Characters in 40k! 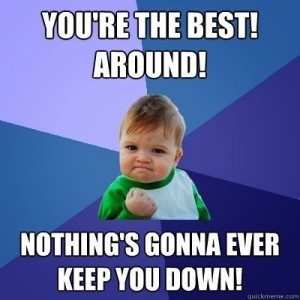 40k is a Universe brimming with amazing, powerful characters, but which 5 are the top? 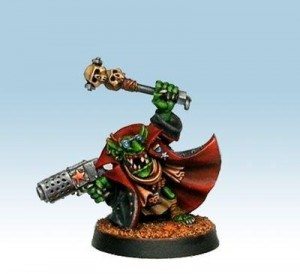 The Grim Dark is an unforgiving place, and a Grot isn’t exactly gifted with natural talents. Add to this their cultural status as lackeys and target practice for the brutal Orks, and life is pretty bleak for ye ole Gretchin. If any species has the right to throw their hands up and just say, “eff it!” Grots are it.

However, there’s one Grot who stands tall! Well, maybe not tall, but less short than his bretherin. One Grot willing to fight against the oppression and cruelty of their Orc masters! Armed with nothing more than a rusty pipe and a zip gun, backed by ragtag mob of sneaky gits, you’d have to be a mad man to fight a world full of Orks. Only one Grot would have the fungus to fight that fight and that Grot is the man himself: Da Red Gobbo! He leads the GRC (Gretchin Revolutionary Committee) on the planet Gorkamorka. How Da Red Gobbo gained his exceptional abilities (by Grot standards, that is) no one knows. Perhaps it was simple statistics that eventually one Grot among the uncounted billions would show some spark of intelligence and initiative. A million monkeys on a million typewriters and all that. Or, perhaps it was pure grit and determination. The truth may never be known, but Da Red Gobbo is a prince among Grots. While he may lack all other winning attributes, we do know that Da Red Gobbo’s got more balls than than any Space Marine….. 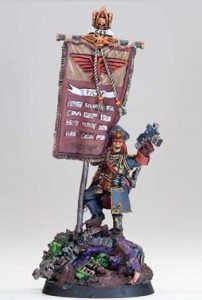 Only the baddest of the bad becomes a hero despite themselves! Only a few men are born on the path of destiny, pulled along to great deeds whether they want it or not. Ciaphas Cain is that man! A Commissar in the Imperial Gua…er, Astra Militarum, Cain was more concerned with saving his own skin than anything else. Unlike most Commissars, he wouldn’t sacrifice his men …unless it meant saving his own skin, of course! Despite being a mere human–which in the 40k universe isn’t much better than a Grot–Cain, fueled by ego, his own reputation and pure luck, was able to go toe to toe with psykers, Chaos warlords, Daemons, and all other manner of foul xenos scum and somehow end up on top.

Cain’s bad assery goes to the core, down so deep even he can’t see it! He even came to be worshiped as a prophet of the Emperor on Tallarn (possibly a reincarnation of Chuck Norris?!), and only the truly hard core have a religion founded in their name. Cain’s a Commissar with serious swagger and as any true playa knows, it’s all about that swagger. For this, we salute you, Caiphas Cain! 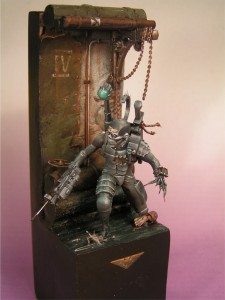 The dude is so hard core, he’s sent to hunt the most powerful monstrosities, warlords and daemons in the galaxy dressed up like a spooky ninja armed with nothing more than some scratchy claws and a common Power Sword available to any Astra Militarum sargent. What’s hit secret? He’s hopped up on goofballs! Only a man so bad ass that he eats lightening and craps thunder would dare to face those odds while in an altered state of consciousness wearing a Skeletor mask, but as the Junkions taught us through song and dance: Dare to be Stupid! And the Eversor lives those words as he plows through his enemies in a whirlwind of Blue Meth fueled fury! 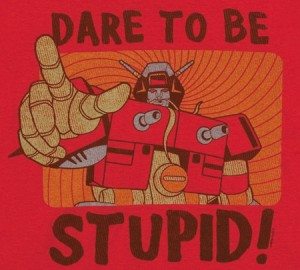 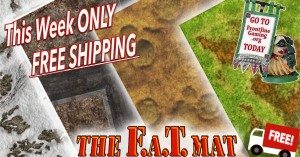 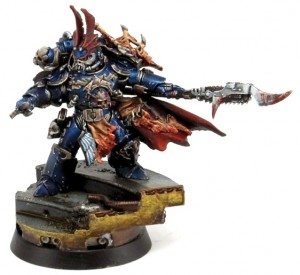 This guy’s so bad ass he coined the phrase, “Death to the False Emperor!” And when confronted with insults from his enemies, he simply laughed, agreed, and then murdered them all the same. Like an evil James Bond, the guy’s as suave as he is deadly and remained loyal to his insane Primarch even after being condemned to death at his hands. Sevetar is that rare combination of a character who’s as cruel as he is skilled, who actually backs up his talk with actions and dares the universe to prove him wrong! The contemptuous sneer on his face tells the story: here is a man not to be trifled with, little rabbit. 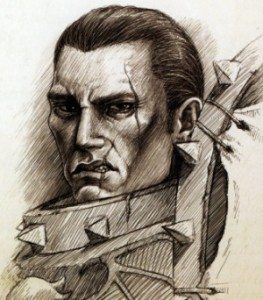 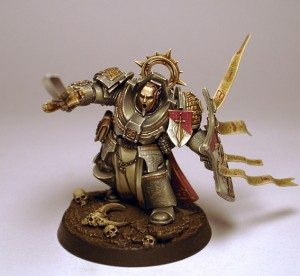 Ah yes, Captain Warp Dust himself: Kaldor Draigo. This dude’s on a different level of bad assery. He’s so over the top, he casually strolls through the warp, pimp smacking the gods of Chaos around! When he’s not busy with that, he occasionally pops back into the mortal realm to reaffirm his alpha status before making a pit stop in the Old World and then gettin back to his main squeeze: Slaneesh. If bad assdom was Turd Island, Draig’d be King S#!t, and all others would simply be corn filled nuggets, circling his majesty.

Oh, and yeah, he’s got a film made about him. Winning! I’ll just leave this right here. Video is NSFW…as it should be!