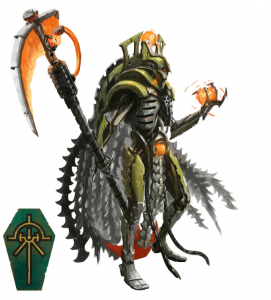 The Mephrit Dynasty Cohort appeared in the Shield of Baal Exterminatus supplement, released December 2014, and had a relatively short shelf life, being almost immediately overshadowed by the release of Codex: Necrons and the Decurion Detachment the following month. However, the Mephrit Dynasty Cohort has some things to offer and is worth taking a look at.

The Mephrit Dynasty Cohort requires one HQ, and three Troops choices. There are no other requirements beyond those minimal restrictions. The HQ can be any available HQ unit, and the troops can be warriors or immortals in whatever size, configuration and combination suits your desire.   You may optionally add one HQ, five Troops, three Elites, three Fast Attack, three Heavy Support, one Fortification, and one Lord of War. You may not, however, take a Tesseract Vault, as that is specifically denied to the Mephrit Dynasty.

In return for this, you get a couple detachment benefits. You can reroll on the Mephrit warlord traits (see below), and most importantly, your troops can reroll reanimation rolls of 1.

The Mephrit warlord trait table is… okay; nothing exceptional, but nothing outright terrible either. They almost universally focus on buffing your warlord.

Beyond the reanimation reroll, the biggest attraction of the Mephrit Dynasty is the access to some excellent wargear just for them. The Mephrit Dynasty has access to three unique relics unavailable to Decurion or CAD Necrons, while maintaining their access to the items in the Necron codex itself. The best of all worlds.

The first item is the Edge of Eternity. This 20pt melee weapon is available to Mephrit Overlords only. This is a Str +2 Ap2 two-handed melee weapon with Armourbane and Executioner. Executioner gives precision strikes on a 2+. Yeah, not super exciting. But the other two are fantastic, and in the words of the immortal Meatloaf, “Two Out of Three Ain’t Bad.” 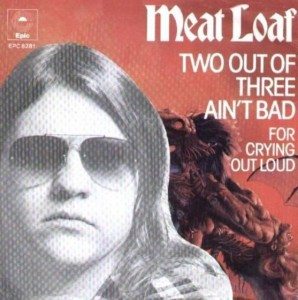 The second item is the God Shackle, a lovely little ten point Cryptek only item. Before deployment, you nominate a single friendly C’Tan shard, which can include Nightbringer or Deceiver. So long as the bearer of the God Shackle is alive, the C’Tan gets +1 Str and +1 Toughness. For 10 points?! Hell yeah, and twice on Sundays! For more discussion of this item, check out the soon-to-come Tactics Corner article on the Conclave of the Burning One formation.

The final item, for 25 points, is Solar Thermasite, restricted to Overlords or Crypteks only. It adss +1 Str to the ranged and melee weapons of the bearer, and allows the bearer to rerolls saving throws of one.  This is an absolutely fabulous item to buff your Warlord into the stratosphere. And because Mephrit allows you any HQ choice, such as a Destroyer Lord, the uses of this item becomes readily apparent.

Math doesn’t lie, Mephrit is inferior to Decurion in a straight up match. Running the numbers, the basic CAD reanimation protocol has a success rate of 33%. The Decurion Detachment elevates that to 50%. The Mephrit Dynasty comes in the middle, at about 38.5% – although only for Troops choices. Not as tough as Decurion, while lacking the ObSec of a CAD.

But there can be situations where Mephrit is the better choice. Where Mephrit comes into its own is with the presence of Chronometron toting Crypteks attached to those troops. There, your Mephrit warriors have a 4+ armor, 5+ invul vs shooting, and a 4+ reanimation, rerolling ones. Under that scenario, Mephrit troops clock in at a reanimation success rate of 58% – the best you can get under the current rules. What this means is that a big block of Mephrit warriors led by a Chronotek, and especially if accompanied by a Ghost Ark, is about as resilient as you’ll find. If your battleplan revolves around large warrior blocks that absolutely need the best endurance money can buy, then a Chronotek led Mephrit troop choice may be for you.

Other factors may weight in favor of a Mephrit Dynasty Cohort. Obviously freedom is a big one. While Decurion is powerful, it comes with limitations and tax units. Mephrit does not, while still improving your standard durability. Additionally, by allowing both fortifications and Lords of War, it opens doors that Decurion never will. Want to run that Forgeworld Pylon, or a Doomsday Ark on a Skyshield? Decurion isn’t going to get you there, but much like the honeybadger, Mephrit don’t give a s**t. 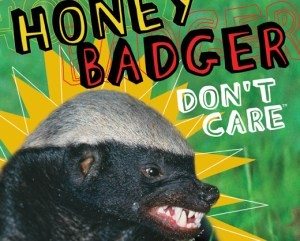 In the end, is Mephrit tournament worthy? For serious competition, probably not. But for people with model constraints, or persons who want to run certain units outside their Decurion formation tax, Mephrit is a viable option.  It certainly isn’t bad, not by a long shot.  It’s great for casual games, or less competitive tournaments where you want freedom to try model combinations, while still maintaining that precious look of frustration on your opponents faces when your Necron models refuse to die.  As always, share your thoughts in the comments section! And remember, Frontline Gaming sells Games Workshop product at up to 25% off, every day.