The Armies to Watch out for at Events

You are here: Home › 40K › Editorial › Tactics › The Armies to Watch out for at Events

Hello everyone Frankie here to discuss the armies you will be seeing at upcoming ITC events and some list building advice to help counter these armies.

First and probably most common will be the Space Marine Battle Company. This army is one of the toughest out there since they have so many objective secured units…and so many units in general! Most of these armies will include an ungodly amount of Grav weapons. My first recommendation will be to take a Void Shield Generator. This will give you a fighting chance against the Battle Company’s Alpha Strike. Second recommendation would be to take a few units that are really good in assault. Units that can wipe out a five man Tactical Marine Squad in one round of combat. You will see this army everywhere so make sure your list has some options to deal with mass amounts of MSU units. 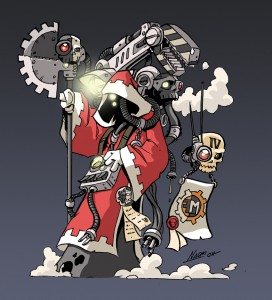 The next army is one of the tougher armies out there and it is the War Convocation. This army is rough due to the high resilience of the army and the firepower from the Imperial Knight and Kataphron Battle Servitors. This is another army that would suffer a little from a Void Shield Generator. Another thing you will need is a unit or two that can handle the Imperial Knight, be careful though because the Knight will have a 2+ cover save if blocked by anything for two game turns. I would also recommend something that ignores cover or a really good close combat unit.

Tau is another army you are going to have to watch out for. They are going to be all over the place probably as prevalent as Battle Company. Tau will have a bunch of different builds and will consist of Monstrous Creatures and Drones. My first recommendation for Tau is to bring an army that will be able to win on the Maelstrom. Something with a lot of fast moving scoring units. Next I would bring a few units that are fast and resilient and will be able to beat the Tau in close combat which still one of there main weaknesses. Lastly I would recommend some Grav if it is an option for your army. Grav will help against the large Monstrous Creatures running around. 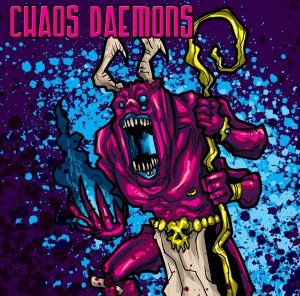 Chaos Daemons will be another army that you will need to consider while making a list. This army has been strong for a while now with very few weaknesses. I would recommend bringing some high armor walkers if your army has the option. Daemons struggle a little bit with high armor. Another option is to bring weapons with a lot of high strength or instant death shots/attacks. Yet again another option is a great close combat unit. If you can get some wounds through they will fall apart quickly. Last thing I would bring is a lot of fast objective secured units so you can win on the missions.

Last army to watch out for at ITC events would be Eldar. They are extremely strong and will give a lot of armies some trouble. You will need some things in your list to deal with Wraithknights and Scatter Laser Bikes. I would bring some Grav or Fleshbane attacks so you can tear apart the Wraithknight. Another thing would be long range ap 3 shots so that you can kill the scat bikes. Maybe even some barrage weapons so you can hit them no matter where they are on the table. Also make sure to bring something that can take on Warp Spiders. It will need to be something that is fast and good in close combat.

Necron Decurion Detachments are everywhere! With their incredible durability, hitting power and speed, they are force to be reckoned with. Canoptek Wraiths are scary, the Canoptek Harvest, even better. Tomb Blades are absolutely incredible! A sleeper unit that is an all star, now. A variety of stars in their repertoire are exceptional, too: Lychstars, Wraithstars, etc. You’ll need a plan to deal with these guys as shooting them to death often doesn’t work. Assault is the way to take them down. 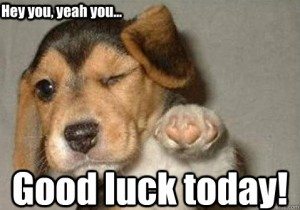 39 Responses to “The Armies to Watch out for at Events”