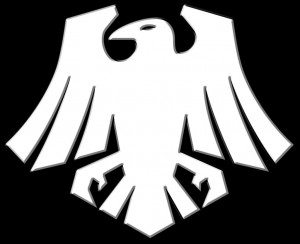 The Raven Guard, or the 19th Legion, are easily one of the coolest chapters of Space Marines. Favoring guile, stealth and intelligence over brute force, the Raven Guard are masters of ambush and and maneuver. Famed for their Assault Marines and their signature dual Lightening Claws, the Raven Guard will patiently wait and observe their enemy, striking at the perfect moment in a coordinated attack before fading back into the shadows. 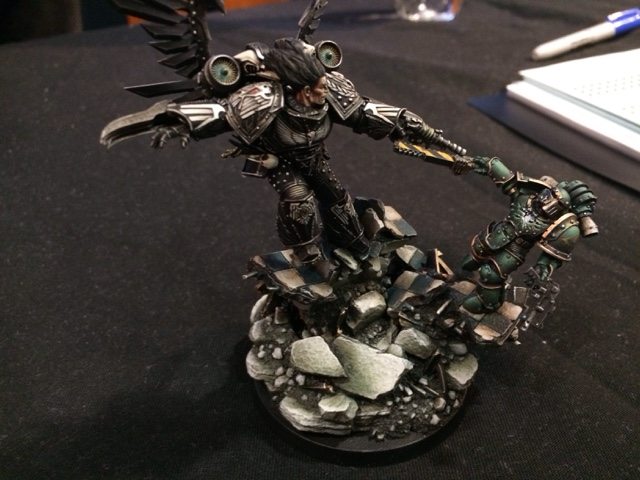 Their Primarch, Corvus Corax, personified these traits and led his legion to many great victories before facing betrayal and crushing defeat at the Drop Site Massacre at Istvaan V. There, he nearly slew Lorgar, Primarch of the traitor Word Bearers in single combat before Konrad Curze of the Night Lords intervened, almost killing the weary Corax who was forced to flee.

Desperate to rebuild his shattered legion, Corax resorted to genetic manipulation to try to bolster his Legion’s numbers enabling them to get back into the fight against the traitors, but the mutants he created eventually had to be destroyed. Corax fled in shame to seek penance in the Eye of Terror, never to be seen again.

The Raven Guard have since served the Emperor faithfully, bringing swift death to the enemies of the Imperium. Their Space Marine Captains lead their companies nearly autonomously, operating on their own initiative with the trust of their Chapter Master. The Raven Guard favor carefully laid plans followed by devastating attacks, leaving their opponents unable to counter. They utilize their Space Marine Scouts extensively, for recon and disruption tactics.

Recently, their Chapter Master Corvin Severax, was slain in combat by the Tau commander Shadowsun in the Damocles Gulf, leaving 3rd Company Captain Kayvaan Shrike to lead the chapter. 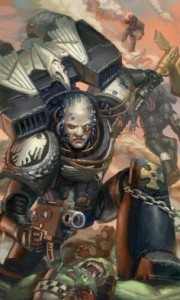 The Raven Guard’s rules have not always matched their awesome back story! They have often been considered the weakest of the Space Marines from a rules perspective. Their Chapter Tactics–while undoubtedly useful–were a bit lack luster when compared to those of other Chapters.

The negative perspective of them has changed with the introduction of their “Decurion” style detachment, the Talon Strike Force. This is an incredibly effective combi-detachment that exemplifies the Raven Guard style of warfare. Read more about the amazing command benefits available to them in the Talon Strike Force article, but suffice it to say, they allow you to dramatically increase the odds of setting the stage for the battle that is to come. The rules are extremely powerful for the tactically minded general, and they are very characterful for the Raven Guard army. 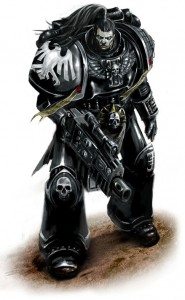 In the Talon Strike Force you can take the following:

The Raven Guard favor an army that is largely infantry based with at least some Jump Pack equipped units to take advantage of their special rules. Further, in the Talon Strike Force, units that can attack from multiple threat vectors are also very useful. Ideally, you want units that can Scout/Infiltrate/Deep Strike/Out Flank/etc. This gives you a ton of options on turn 1 to react to your opponent. If you find yourself with the first turn, hit hard with units in position to strike due to being closer to the enemy or coming in from reserves all over the table on turn 1 and having Shrouding to protect you from the counter-punch! That is so cool, and very good.

Conversely, if you go second you can fully null-deploy, taking a turn away from your opponent and then striking from reserves. It also gives you the last shot at objectives which can be game winning.

That said, they do not suffer for taking vehicles in the slightest, and with the Scout USR available to many of their formations which confers on to dedicated transports, and the ability to come in from multiple angles, a mechanized Raven Guard army is a viable threat! Plus, they pack some very effective airborne formations.

Support characters like Lias Issodon help tremendously to add these benefits with the master of Ambush warlord trait (although if you do this, you lose the ability to reroll the mission and first turn in the Talon Strike Force), rerolls to reserves and all of the other cool benefits he grants. Coteaz is also a great addition to a Talon Strike Force to ensure you keep turn 1 if you get it, due to his ability which forces the opponent to reroll their Seize the Initiative attempts. They require taking an addition detachment to unlock, but can be well worth the investment.

The Skyhammer Annihilation Force is another fantastic tool for the Raven Guard and compliments their forces, well. Opting to come in turn 1 or 2, the clever Raven Guard general can present overwhelming numbers of threats for his opponent, placing them in the best possible positions. Combining this with a formation like the Shadowstrike Kill Team, 1st Company Task Force or Shadow Force can be brutal.

Knowing where and when to strike with your Raven Guard army is critical. Your army hits hard, but can be very fragile as an infantry based force. You need to judge where you can inflict the most damage to your opponent and attack there, full force…just like in the fluff! If you manage this, you will win and win big. If you do not, you will lose…and lose big! It’s a very fun play style and I have been thoroughly enjoying it.

What have been some of your winning Raven Guard strategies? And as always, be sure to check out the Tactics Corner for more great articles!