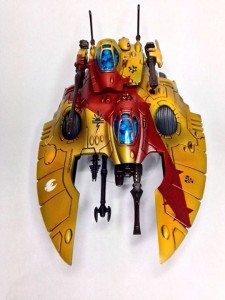 Greetings from the depths of the webway! Zyekian here to put the new Eldar Corsair Codex on your plate, served up hot from Forgeworld’s new second edition of Imperial Armor 11: Doom of Mymeara.  As always if you want to read up on more tactics check out Frontline’s Tactics Corner!

While this article will focus only on the Corsair section of the book, suffice to say that virtually everything within the covers was aggressively updated to the current edition of the game.  IA:11 is packed with rules and story background reflecting a campaign Eldar, Corsairs, Astra Militarium, and Space Wolves.  For anyone looking for a great read and especially new Eldar rules, this book is for you.

If you’re like most 40k players though you’re probably not too familiar with Eldar Corsairs.  So who are these guys?

Corsairs are the Craftworld rejects

The outcasts.  They’re the kids who sat in the back row of math class in their leather jackets, too cool for school.  The rigid Path of the craftworlds is no place for these restless young Eldar minds, leading them to abandon their homes in order to indulge their impulses and take advantage of the freedom the galaxy has to offer.  This wanderlust leads many to indulge their darker instincts and indeed Corsairs are much more akin to Eldar before the Fall than those of their recent heritage.  Free from both craftworld and kabal, Corsairs ply the galaxy seeing their own unpredictable, often violent ends.

Even as a die-hard fan of Corsairs I’ll be the first to admit that their previous rendition fell short, like watered-down Eldar.  Not bad but slightly cringe-worthy on the palate, Corsairs were the imitation crab meat of Eldar.  Suffice to say this is no longer the case and what we have here is a full-blown codex.  Grab your bibs and wet-naps, we’re having lobster tonight.

Laying out the scoop will require highlighting the three key aspects of the army: special rules, the Corsair Raiding Fleet detachment, and finally the function of the Prince. 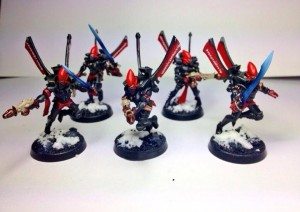 Peg legs aside, the army is rooted in an array of boldly pirate-like mechanics right from the start. 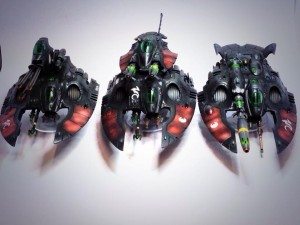 While the army retains its ability to take a CAD, the Raiding Company is what makes the codex hum. The Prince and his bodyguard are the glue that binds the rest of the Raiding Company together – and copious amounts of glue are needed.  This is because the Corsairs are not a conventional military but a series of almost feudal coteries led by Corsair Barons, aspiring Princes in their own right.  Such is the fractious nature of competing barons that coteries treat each other (but not the command crew) as Allies of Convenience.  Likewise the Corsair allies matrix is that of Dark Eldar with the exception of treating other Corsair detachments as Desperate Allies.

Beyond their bickering the coteries bring a specialized combat techniques to the table.  Each coterie selects one of the following special rules for itself (no duplicate selections allowed): 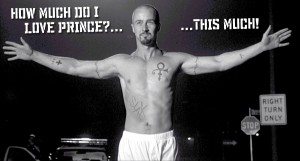 The new Codex updates the Prince from zero to hero.  He’s what the Archon should have been: a full-on force multiplier/potential beat-stick combo who sets the tone for the whole list.  Princes are now the Altoids Mints of the Eldar universe, packing a curiously strong S4 punch within an otherwise-Autarch stat line.  Combine this with a Void Saber (+1S, AP3, rending) and he’ll provide you with an entire season’s worth of mon’keigh mulch.

The Prince’s options also include an optional jetbike or jet pack, becoming a psyker with divination and telekinesis powers, and he always projects a 12″ bubble to reroll regroup tests.  And it gets better as he also selects one of the following options: 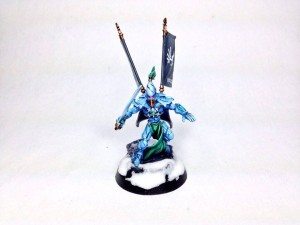 Forgeworld has done a first-rate job of translating the rich Corsair fiction into rules.  The result is a weave of fluffy abilities from different aspects of the army, opening up a wide array of list possibilities both internally and in conjunction with other flavors of Eldar.  The underlying mechanics play and more importantly *feel* like a band of nasty space elf pirates – what more could anyone ask for?

I hope you all enjoyed this article and I look forward to writing a part II rundown on individual Corsair units. Until then happy gaming and happy holidays!