The Destroyer Cult is, without a doubt, one of the better formations in the Necron Codex. Fast, maneuverable, and potent, all in one group. These bad boys are good at killing just about everything. Check out the Tactics Corner for more great Necron Codex articles and more about 40k to bring your generalship up to the next level.

What is better than one Destroyer who gets preferred enemy, can cut through 3+ armor, and has a chance to glance any vehicle in the game? How about a whole cult of them that can reroll that devastation. This is what makes the Destroyer Cult tick. You take a platform that is very maneuverable overall with their Jet Pack profile and has a great gun that cuts through Space Marine armor and allow them to reroll wounds and armor penetration rolls. It’s dirty in a “rusty dagger going for your kidneys” kind of way. 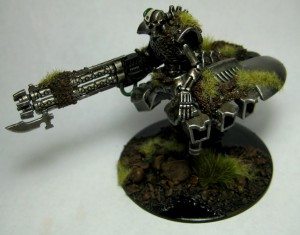 The Destroyer Cult is made up of one Destroyer Lord, three units of at least three Destroyers each, and a choice of 0-1 units of Heavy Destroyers. While not a cheap formation, the special rules they receive really help in pushing this formation forward to the top of the proverbial metal heap.

Your units retain access to their wargear option, which for the most part is rather limited. Destroyers can upgrade one model to a Heavy Destroyer, but there is arguments over whether you would need to have the three Destroyers first, which is the main restriction to the Destroyer units, before you can upgrade one to a Heavy Destroyer. So that would a unit made up of three Destroyers and one Heavy. You do have that option to get a unit of Heavy Destroyers anyways, which is probably the best move so that they can focus on other units with their Heavy Gauss Cannons. The Destroyers come stock with their Space Marine Armor shredding Gauss Cannons. At a very nice strength 5, they will do a good amount of damage to most things on the battlefield.

The Destroyer Lord has access to all the regular wargear available to such a high class Necron Commander. Most common to him are the Warscythe and Nightmare Shroud to get that 2+ armor. What is great is that he doesn’t have to run with the Destroyers. Plop him in a unit of Wraiths to give them Preferred Enemy and tank all those small arms fire wounds. Put him into a big block of Warriors again to give them Preferred Enemy and give them the much needed close combat punch they are lacking. Tool him to your needs and consider giving him a Resurrection Orb if you are going to put him into another unit as a support character that has access to Reanimation Protocols. That Res Orb can certainly come in handy to keep that unit alive for a key turn.

The formation receives a few very nice special rules. First is Move Through Cover. As Jetpack Infantry, this mitigates the Dangerous Terrain tests they have to make so they can go into and out of cover with impunity and also removes the -2 to charge which you may need to tie up a unit.

If you make your Destroyer Lord your warlord from this formation they get to reroll their warlord trait if rolling from the Necron Codex. Not great, but any extra rule is not too bad.

What really makes this unit tick is the special rule, “Extermination Protocols.” This rule really makes the Destroyer Cult shine. Extermination Protocols allows all units to re-roll failed to wound rolls and failed armor penetrations rules in the shooting phase. Combine that with the already good strength of the Destroyers Gauss cannons and the Gauss rule itself, which allows you to wound models regardless of toughness on a 6 or to glance a vehicle on a 6 and you have a potent unit that has a chance to wound anything on the battlefield. Combine that as well with Preferred Enemy these metal guys with a chip on their shoulder against everything will do some work against MSU units.

Add on to this that Destroyers are toughness 5 with an armor value of 3 and have Reanimation Protocols and you have a very durable shooting platform that can jump around the table and chip away at the enemy. 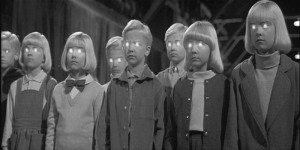 A great thing about this formation is that it is very flexible. Flexible in that while it is a good chunk of points, it can easily fit into a Decurion Detachment to benefit from the +1 to their Reanimation Protocols. You will usually be limited to the basic three units of three Destroyers and the Destroyer Lord, but that is still a great pack that adds a lot of punch to your force. You can also create an entire army of Destroyers, taking two Destroyer Cult formations with 3-6 Destroyers in each and Heavy Destroyers.

The formation is also flexible in how it can move and deploy. As Jet Pack Infantry, you have to option to deep strike, which is one way you should really be using your Destroyer Cult. This allows you to put them in the place that allows them to do the most damage on the battlefield. This also gives you a way to null deploy, especially if you have another unit with The Solar Staff that makes units only fire snap shots at it for a turn. This gives your army a lot of flexibility against alpha strike armies and having a unit or two that can harass the backfield as the rest of the opponent’s army surges forward is a great thing. They are great for wiping out those “Grot Squads” like Scouts, small Space Marine squads, and Grots that are typically holding onto backfield objectives.

With their Jet Pack assault move, terrain will be your friend as you will be able to jump out, shoot, then jump back into cover. There is a randomness to this with the 2d6 assault move and you can get caught out, but this tactic is solid against just about every adversary.

One thing to watch out for is that while Destroyers are good shooters, they aren’t fantastic. A unit of three will only put out six shots which, with their special rules, should put a decent number of wounds onto a unit, won’t be enough wipe out them whole sale. Larger units can do this task, but you will usually have smaller units to fit into your lists. They make great whittlers, or units that peel off a good layer of other units or finish off those pesky few left over from other shooting.

Another thing to think about is that while they are mobile and resilient, they are still very susceptible to close combat. A good assault unit or even a middle assault unit can hold up your units of Destroyers or take them down if they are stuck out in the open.

The Destroyer Cult, in combination with other formations like the Canoptek Harvest or Decurion Detachment will allow you to put more and more pressure upon the enemy and force them to make difficult choices while you continue to shoot, scoot into cover, and tie them up with other units on your way to victory. Give this formation a look over, it has a lot of teeth to add to your Necron forces.