Rawdogger here to talk about my latest incarnation of the White Scars Battle Company that I’ve been assembling and painting over the past couple months.

This Friday I’m taking it for a spin against Team 0 Comp’s very own darling, Geoff ‘InControL’ Robinson, and wanted to get some feedback from all you armchair experts.  I truly think the White Scars Battle Company is one of the most powerful army lists in current Warhammer 40k and the addition of certain wargear items in the recently released War Zone Kauyton *cough Hunters Eye cough* has only made the list stronger.  The ability to have such a freedom of movement through the scout ability or outflanking is such a powerful tool and really helps shore up one of my weakest areas of the game which is deployment.  Of course, having two to three hundred free points doesn’t hurt either!

Before I go into all the reasons I’ve opted for whatnot, here’s the list! 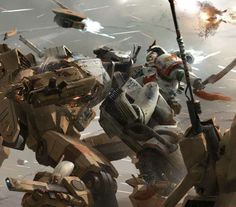 The list offers a threat overload to my opponent.  There are 52 Grav and 11 Melta shots hitting faces (assuming everything is on the table).  The ability for the entire army to scout into position or go into reserve and outflank plays tricks on the mind and can cause your opponent to second guess their deployment.  The Command Squad on bikes is a highly mobile unit that can really put the hurt on a high toughness target with a 2+ or 3+ armor save with 12 Grav shots that will ignore cover and will likely be re-rolling 1’s to hit if I have doctrines left.  The Auspex toting Chaplain can also mark any target for a reduced cover save for the clean-up crew to blast if his unit can’t do the job.  The friendly neighborhood Inquisitor is just there as a Servo Skull caddy, so I can’t be alpha struck by some other jabroni with a White Scars Battle Company.

The game between Geoff and myself will be filmed for a short form bat rep so you will be able to see the results of my hubris soon enough.  I’m excited to see how the list measures up against a tough opponent with a hard as nails War Convocation list that he’s had extensive play testing with.  What do you guys think of the list overall? Does it have the skillz that thrill? What would you do to impove upon it? Let me know!