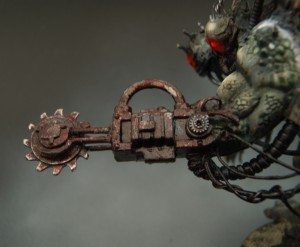 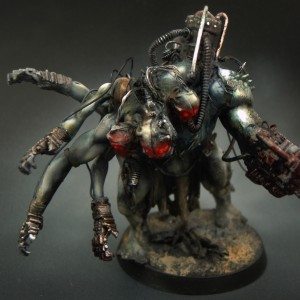 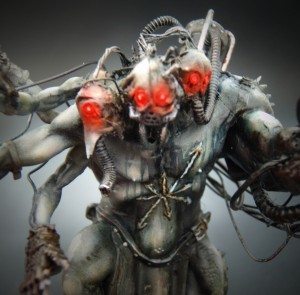 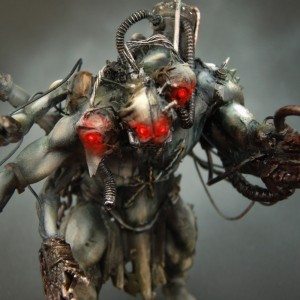 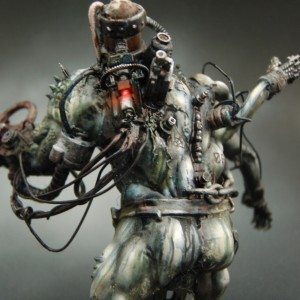 In their constant search for the perfect weapon, no twisted possibilities are forbidden to House Tekslav. This example, nicknamed ‘threeface’ by survivors, sports three heads: one head for main decision making and locomotion, one to control the massive buzzsaw arm, and one to control the 4 servohands. The servohands are used to immobilize and distract the enemy, while the buzzsaw arm is used to eviscerate. Furthermore, liquid storage tanks provide reserves of bodily fluid (a more efficient replacement for blood) and pump experimental combat drugs into the system. Neural stabilizers control shock and ensure stability.

This subject’s efficiency rating was sub-optimal. The head controlling the buzzsaw arm, despite conditioning and a neural link with the other heads, still has a tendency for independent thought. Although rare, this has led to the loss of the occasional House Thrall, and additional waste of valuable resources.