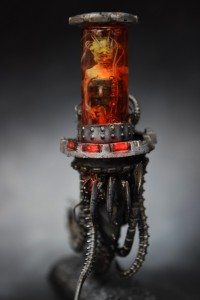 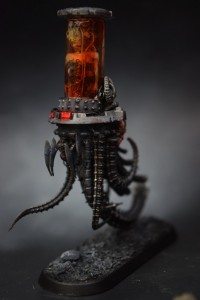 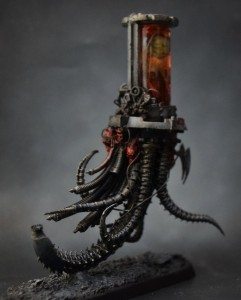 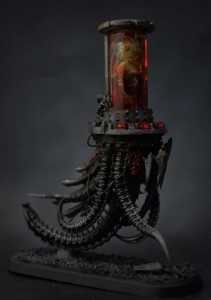 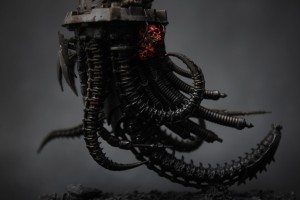 The third installment of the Dark Mechanicum, this work by Rob Meade the Witch Engine of House Tekslav, this horrific piece of work is best (as always) summed up by an Inquisitor

Machine intelligence is repugnant enough to those who fathom the concept. But what those Heretics have done is more vile… to graft the unsanctified witch to a machine, and release the agony that reaches beyond death and into our deepest nightmares…I have the felt the touch of that mind. It is an infinite scream of pain and sorrow, weaponised and artificially extended in the mortal realm. For an untrained mind, to hear that cry… not with your ears but with your soul… is a fate worse than death. In the wake of it’s passing those poor souls lie in their thousands, their souls ripped from their bodies as simply as a flower being plucked.

← The Horus Heresy and You – the beginner’s guide!
White Centstar →