Make sure to tune in this Tuesday for the fight of a lifetime. We have Alan the #1 Chaos Space Marine player in the ITC with his KDK vs. The World’s Greatest, Frankie and his White Scars Battle Company. You will not want to miss this game as we will be giving away a Horus Heresy Betrayal at Calth box set to one lucky viewer. Subscribers get three entries into the drawing as well. Tuesday 11-10-15 7:00 PM PST on Twitch 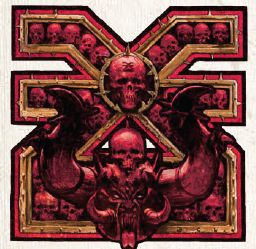 Alan has the tools to take down the Battle Company. He has fast moving assault units that will kill Rhinos and Marines quite easily. He also has the Rapiers which will picking off Rhinos from afar. The true killers of my list however will be the Void Shield and the 2 Helldrakes.
The Cultists will probably be joined by the Juggerlords to gain Fearless. They are also objective secured which will be really important for Alan to win this game. He will need to keep up on the Maelstrom and keep his eyes on the Tertiary missions. The Khorne Hounds will need to kill multiple Rhinos when they charge so that the Helldrakes can fly around and mop up the Marines. The Bloodletters will probably hide on some objectives and pick up some Maelstrom points.
This list will give Alan all the tools he needs to put a stop to the Battle Companies reign. Can he do it, or will Khan and his detachment pull out another victory for the Emperor. Make sure to find out. 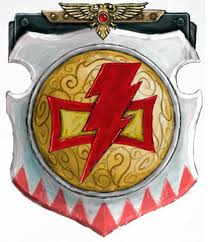 Frankie’s List:
This will be a tough match-up for the Battle Company. The Voidshield will be really tough for me to get through unless I get out of my Rhinos. Unfortunately, if I get out of my Rhinos Alan will charge my Marines and tie me up in combat for a few rounds. I will also need to waste a Tactical Doctrine to kill the 3 shields which will hurt me later in the game.
Once I take down the Voidshield the game will get a lot more balanced and I will be able to Bolter down the Khorne hounds and Cultists. Unfortunately I am going to have to keep the Voidshield down so that the Helldrakes can’t gain protection from it. My Melta Guns are going to need to survive which is going to be tough to do with all those assault units. I will also have a lot riding on Khan and his bike unit. They will need to charge into some Cultists and try to kill the Lords. If Alan throws his Sorcerer into one of those units that will throw a wrench in that plan as force will hurt a lot.
This is going to be one of the hardest match-ups I’ve had with my Battle Company and will be a great test for the Masters League. Make sure to tune in and don’t miss your chance to win the Horus Heresy box set.