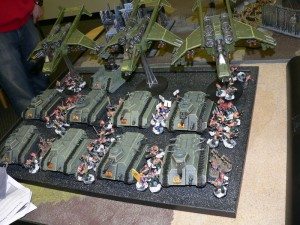 The Netlist. A term used mostly with derision from many 40k players. It is a list created by top tournament players, then put on the internet for all to see and use. There are many players that wouldn’t be caught dead with such a list in their hands or on their tabletop. The most notorious of them was probably The Leafblower. During the Ard Boyz 2500 point tournament of yesteryear put on by GW itself. This list was created by Nick “Darkwynn” Rose and the 40k internets broke  with Warhammer generals screaming from one side or another about this abusive list that exploited the meta and rules for that edition.

I was something of a purist myself but when 6th and 7th edition came along, things really began to change for me. For one, I started to play a lot more tournaments and against tournament players, and two, the amount of combos created by allies, multiple detachments, and formations became an intricate puzzle that I am not very good at. Case in point my friend Jeremy “Frenchy, The French Overlord, Mister Cumberbuns, Hipstar Onez” Veysseire sent me a super strong Tau list even before the book came out. I still hadn’t read the codex!

In my opinion for the average 40k player, which I consider myself a part of, the Netlist is now a source of unbridaled power we can wield to destroy our enemies, see them driven before us, and hear the lamentations of their women! Er, um, or get better at 40k and have a better chance at doing well at ITC tournaments local and abroad.

The Netlist is a great start for many new and average tournament players all over as it gives you a base to go off of. Feel free to tinker and change to your liking, but you know it is a strong list to start out and a good place to work from. This will give you an excellent toolset in which to start asserting yourself in the tournament scene.

The great thing now is that Netlists are everywhere! Any list published, in my opinion, is a netlist and now all you have to do is do some searching and discover something close to your tastes. There are great lists out there that have won tournaments all over the place and would be a great place to start an army as you know it has a lot of tools to overcome many obstacles.

Where to Find Netlists 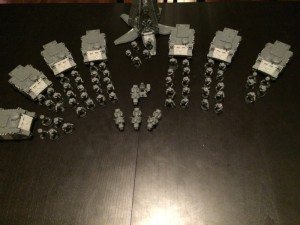 There are many places to find Netlists and you are at one of them right now! Frontline’s tactics section has a ton of articles about new and powerful lists that will get you started. You can check out Frankie’s latest White Scars Battle Company List or Reece’s latest Ravenguard list. Both great examples of Netlists that go in very different directions, are very powerful, and fun to play.

You can also find other lists like the French Overlords Drop Pod Skitarii, White Scars Bikes, or his new Tau List. All powerful lists that have done quite well. There are also articles like Chuck Arnett’s tournament winning Orks and Geoff “InControl” Robinsons War Convocation and Tyranid lists. All great places to start!

Another really great resource is Tastey “That’s Mr. Taste To You!” Tastes Blood of Kittens site. Mr. Taste has done a great job of covering major tournaments and often publishes the top 8 lists from that event. Another great place to get lists that will surely strike your fancy.

Using Netlists in your gaming group or with your friends can be a touchy subject, but as long as you are open about using them with your opponents, you should be fine. There are always going to be people that whine about Netlists, that is just a matter of fact. Don’t feel too bad though, 40k has become the Wild West in terms of power levels and army builds so you are just doing what you can to survive. 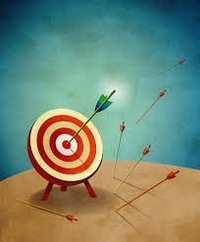 Once you have the list and are ready to go, the best thing you can do is to practice it over and over, against as many different kinds of lists you can. You have to have an idea of how to use your list to have a good chance to win. A list will only take you so far, but practice will pay itself over and over again. I know I heard of many tales of the player that brought the Netlist only to have it crumble on the first game and blow up in their face, then those models go into the bin.

Every game has a chance of blowing up as this is a dice game after all! You can’t let one game shake you and need to focus on how to improve over starting again. Each time you start with a new list is a new curve to learn. So get out there, grab a netlist, and star Warhammering. It just may be the edge you have been looking for to take you to the next 40k level.

Great article! And you sell yourself short, buddy. You were the highest placing member of Team Zero Comp at the LVO this year! If not for that dreaded 1, who knows how far you would have gone!

I recently picked up White Scars battle company.
Too bad I haven’t got a games with them.

Where’s a good Chaos Marines ‘netlist’? And will I need Heldrakes?

For CSM all I Auvergne to say is: 1 squad of Nurgle spawn maxed, one Nurgle lord with lightning claws, Belakor, and double dragon. If you have room, maybe throw in an outflanking Slaanesh lord on steed, replace a drake with 5 Nurgle of Slaanesh/ icon of excess with 2 mg bikers( about 305 pts for bikes tho ?) and put a minimal list of Daemons for Belakor. If you think you can make a noise marine squad/ Nurgle squad replace the minimal cultist troops go for that. These days, it’s hard to use Chaos without Belakor.

If you take daemon allies, pink horrors of tzeentch are almost a must have. Pure chaos marines, because I don’t think you can take 2 CADs of the same army since ITC is not unbound, maybe Belakor, Lord, 5 Nurgle spawn, melta gun chosen/ plague marines and Obliterators. Havocs would be useable except the Giant Robotic Imperial Invisible Knights are forcing everyone to spam AA Str. 8+ so drakes are decent, but MCs would probably be better. (Nurgle Prince with Black mace and wings). Chaos Space Marines purely does not have much creativity, their codex before their 6th edition one was Nurgle princes and Obliterator spam also… Doomrider was hilarious, but it was right before I started playing he overdosed on drugs disappeared, reappeared, and then I think Khan beheaded him? Competitively if you want more creativity, you might want to look into KDK, but I’m not too into having to rebuy everything. Good luck, also look into Chaos Forgeworld, I think IA 13 for Chaos Rapier guns but their $60 a pop

I so hate Slaanesh, but Nurgle Spawn are fun (I’ve had luck with them before). No sorcerer, eh? I always tried to go for Endurance on the Spawn, and if the sorcerer gets Iron Arm, then he’s smashy.

If you can fit a Sorceror in the Nurgle spawn squad it would Work nicely, especially if you can add the burning brand of Skalathrax. You don’t need to choose a mark, so go Lvl 3 on a bike with the Nurgle lord. I learned the hard way he doesn’t need an invulnerable because when he perils( it happens almost every game with me) he can’t take a save. I would strongly recommend daemon allies to get Belakor in the list too, also maybe a Chaos Daemon Prince of Nurgle gets instant death with a greater reward upgrade. Chaos MCs get expensive fast but try to get at least 1 or lots of melta gun plague marine squads/ rapier batteries because of imperial Knights and flying opponents

Slaanesh knight Titan is terrifying. I’ve been abusing the hell out of it. I think that will be a contender in the future of ITC

Haha I forgot chaos Knights were approved. Wish I could afford one. It could go invisible and wreck Imperial Knights with initiative 5 and fleet I think? Could probably go toe to toe with 2+ imperials.

Great article. You make a great point about practice. Back in my magic tourney days (I played in 2 pro tours) net lists (we called them net decks) met with some resistance by people but I noticed that the players who would build one last minute rarely did well as they did not put in the time to master the deck. I agree the same applies in 40K. Practice combined with skill can help take your game further and it is necessary when learning a new list/army.

I think practice is one of the best things a regular player can do to improve their game. It shows you so many things about your list and what you need to do when it counts.

I think that net lists have actually always kind of been a thing, but simply isolated. Certain builds are just better than others, and thus have always had the propensity to be more common than others.

I just don’t understand the negative connotation there is with net lists. Is it any worse than people just hanging out and asking each other for advice or seeing a local list do well and copying it?

Meh, everyone wants to be original and deride others for going “mainstream”. Not all of us can be John Nash.

Yeah, I think 6th and 7th have created more opportunities for people to make non functional list more than ever before. Having netlists helps people see what is effective and then tailor to taste.