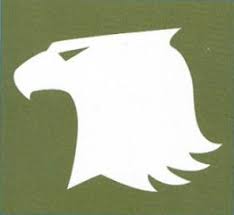 This week in List Review we’ve got another Raptors army- which I can hardly disapprove of, as Raptors are awesome- looking for assistance. Check the Tactics Corner for more great reviews!

I’d like to submit a 1850pts Raptors CAD Space Marine List with a Skyhammer Formation (Using Imperial Fist Chapter Tactics) for your consideration. The list is not for tournaments, but I would like it to be able to hold its own vs. a wide range of opponents and be semi competitive.

Lias infiltrates the 3 tactical squads and himself, important to note, Raptors now use the 1st part of the Ravenguard CT’s instead of the old ruling, so they get shrouding 1st turn, but no scout anymore. The Devastators combat squad. I know Lascannons is an unusual weapon choice in a skyhammer formation, but I have the modals and like the idea of using them in a more backfield manner rather then alpha strikers. I’m not stuck on this aspect though and am willing to change the load outs and chapter tactics here.

The lotd provide a beta strike and are helped by Lias and his reserve manipulations.

So, we’ve got a lot of good ideas here- Lias Issodon, as I’ve mentioned before, is an absolute BEAST and it’s really hard to go wrong with him. The ability to put several wounds or HP on a tough target before the game starts (he can theoretically even kill a Wraithknight!), infiltrate multiple units, provide Shrouded to a unit, reroll reserves, and a decent gun on top of it all is just absolutely golden. By pushing up a bunch of units with him early on so that they can remain static, then dropping in DSing support units nearby we have some excellent tricks.

The Skyhammer is, of course, excellent, but Legion of the Damned are an often-underestimated part of the SM codex; Ignores Cover is a very powerful ability and being able to get it on practically any gun you want is a fantastic thing to have. Combined with Lias’s reroll on reserves, we can consistently put a bunch of scary units down close to the enemy and give them more targets to worry about.

However, there are some definite problems. While not wanting to use Scouts/etc is understandable from a fluff perspective, taken with the use of an expensive formation and more expensive specialist units (the LotD), it leaves us with a list that feels rather short on bodies and very short on mobility. This army will struggle mightily to score Maelstrom points or get onto wide-flung objectives in the late turns of the game.

The use of the Imperial Fists tactic for the Skyhammer, while interesting, is also a bit tricky. On the one hand, it means that the Lascannons are very deadly to enemy vehicles while being much cheaper than a Grav Cannon would be- however, lacking Devastator/Tactical Doctrines, it’s very easy to simply miss with most or all of their shots, which can be frustrating in the extreme. Reece and other players have experimented with a variety of other loadouts, including the use of Missile Launchers and Heavy Bolters to give the same “stand-off” functionality. Grav Cannons/Multimeltas and Ultramarines are undoubtedly the “correct” choice for a competitive list, but as the original writer was looking for a somewhat more casual-themed army I think we have some other options available to us.

I think the loadout for the Tactical Squads also bears some attention- while the original writer has cannily realized that Infiltrate allows you to get within range of a Multimelta on the first turn and potentially fire off shots immediately, the presence of the Skyhammer and Legion units already in the army I feel renders this somewhat unnecessary; we already have quite a lot of anti-tank shooting to rely on, so I think we can safely look to other options. In fact, my main worries with this army would be from fast assault units (e.g. Khorne Dogs or their like) and monstrous creatures, which can potentially soak the wounds from his shooting and then get into melee to do a lot of damage.

Our big problem for this list is the scoring issue- without the ability to use Land Speeders, Scouts, or extensive transports (all of which can be good ways to add cheap, reasonably-tough models to an army) we are going to struggle to score effectively. Inquisitional or Guard allies could possibly solve this problem, but these feel like they run counter to the mandate not to make use of Scouts; ditto for Skitarii or their ilk. It may be, of course, that I’m overthinking this, in which case our job is a lot easier and we could simply slot in an Inquisitor and 3×5 Henchmen for practically nothing, but for the time being we’re going to assume this isn’t a possibility. 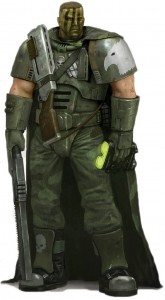 So our fundamental list is very similar, but with a few tweaks. We cut one Legion of the Damned squad in order to fit in some backfield support; we have plenty of ways to blast tanks if we have to, so we’d like a way to slow down hordes and punish basic infantry. We swap the Tactical Marines over to an exclusive Grav loadout in order to keep our target priorities straight- between the Grav and Rending on the basic Bolters, our whole squad is kitted for hunting heavy infantry and MCs effectively, or even vehicles in a pinch. We sadly have to lose the Grav on the Legion units due to points constraints, but they otherwise remain effective tank-killers.

The Thunderfire Cannon and Drop Pod are the big additions we gain from the points we saved above; with T7, 2+ or 3+ armor, four wounds, and an excellent cover save (thanks to Reinforcing a piece of terrain in our zone) we can expect it to live through most games- and should the enemy charge it thinking it an easy target, a Servo-Arm will quickly prove them wrong. The Drop Pod is for trying to score an objective if we can and some added flexibility in deployment- we can potentially stick a Tactical unit into it in order to Combat Squad, if we want to Infiltrate the TFC with Lias, or other shenanigans. It also allows us to play a full-reserve game when going second, Outflanking the Tacticals and bringing the Skyhammer down on the second turn with the rest of our forces, denying the enemy the ability to shoot us early on. It’s shenanigans at their finest, which feels appropriate for a chapter based on subterfuge and deception.

The Assault Marines lose most all of their kit, which is unfortunate but necessary given our other changes; Krak Grenades will still wreck most vehicles effectively and the Flamers have their role taken over by the Thunderfire’s alternate fire modes. The Devastators, on the other hand, see some additional upgrades; Armorium Cherubs help ensure that our Lascannon shots land as often as possible. We swap two of our Las out for Heavy Bolters not only because it is fluffy for the army and appropriate to our Chapter Tactic, but also for mechanical reasons as well- the range on the HBs allow us to deploy on an objective while still shooting effectively and it gives us a way to suppress infantry units very reliably.

The updated list still has plenty of ways to crack tanks (four Melta, six Lascannon, and twenty-four Grav shots) while also having a lot more tools against lighter infantry and other types of targets and more options for how to deploy and play the army, which I think is beneficial for anyone who wants more variety in their games.

If you’d like to submit a list for me to review, feel free to send an email to me at AbusePuppy at gmail dot com. Please include any specifications for what you want in the army in the email- for example, whether you want it for casual or tournament play, if your group bans Forge World or formations or anything else, if there are particular armies you struggle against, if there are any fluff considerations you want taken into account, or if there are model limitations on what you own/want to include/don’t want to buy for the list. I’ll try to get either an email response or a post here on Frontline for everyone that writes to me- however, be aware that my schedule (and the sheer number of questions that I receive) means that it may take some time for me to get to you- as much as a month, in a worst case.