Rumor: No new Codex for Tau?

Hey everyone, Reecius here from Frontline Gaming to talk about a current rumor in the rumor mill and what it implies if true.

First of all, caveat: THIS IS A RUMOR, I HAVE NO IDEA OF IT IS TRUE OR NOT.

Ok, that out of the way, here’s the rumor: the new Tau release will not include a new codex, it will just supplement the existing codex. All we’re getting is new units, formations, detachments, etc. slapped onto the old book. You can use your original book and just get the dataslates for the new releases and be good to go.

For one, that is a bummer as while the Tau codex is by no means bad, it is quite good, it has some extremes to it that make it a solid mid-tier army but one that either thumps the other player quite handily or gets thumped. They have a plethora of wargear items and special rules that can just murder Xenos and reserves based armies, but that just fall flat in the face of very durable deathstar units which tend to roll over them. So from a competitive standpoint, they will change a bit dependent on the strength of their formations, but will tend to play the same and have the same strengths and weaknesses they have since their book dropped. 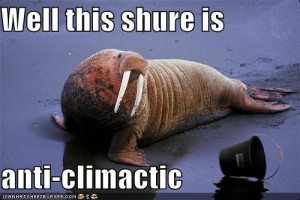 From a consumer perspective, it is cool that players don’t have to totally revamp their armies and can use a lot of the same stuff…but come on, no change means very little excitement from a rules perspective. The new models are gorgeous, and they will entice a lot of people to purchase them just because they are so sexy, but will that be enough? Do you really still want to have weaker units languish on the shelf while the strong units pop up so frequently? Does GW really believe their mantra that rules aren’t important to their bottom line to the point that they won’t be updating the codex?

To add a little veracity to this, we did get info before 6th ed dropped that the intent was to build an edition that would endure, with an expansion in mini-dexes and supplements to existing books once they were released. The mini-dexes rumor turned out to be true, is this the first sign of the other aspects of that rumor, also? Perhaps, perhaps not.

Now, the next step in this mental exercise is to think about what happens if other books get the same treatment? Books like Chaos Space Marines or Dark Eldar? Simply slapping a Decurion style detachment and some formations on them doesn’t fix the core problems with those books. If this becomes a trend and we see that some books are doomed to languish in mediocrity for the foreseeable future, what do we as a community do? Is that the event horizon beyond which we must take the reigns and start changing some of the codecies ourselves as a community? It’s happening with Age of Sigmar to make the game more approachable in an organized play setting. GW is more and more just handing us the game and saying: do what you will with it, just keep buying models.

What do you all think? Would a Tau book with essentially a few pages added in to it seem cool to you? Would you prefer to simply have new units and Formations and not have to go through possibly rebuilding your army. Is stability preferable to change? Or do you feel deflated by this and wish you were getting some new rules and changes to units that are a bit flat like the flyers, Vespid, etc.?

Only time will tell what happens, but this is certainly very interesting to speculate on.

Leave a Reply to Loopy