Hello everyone Frankie here to finish my tournament report at the Know No Mercy GT. Day two was an RTT for anyone that had lost a game. Unfortunately for me I lost my round three, so RTT here I come. Be sure to check the Tactics Corner for more great tournament reports.

Round one I draw a guy running a Demi Company paired with assault and Grav Centurions. We are playing Tactical Objectives which uses those handy GW cards. He wins the roll to decide who goes first and makes me go first. Turns out it’s not a big deal for me on this mission since I can score a bunch of points before he reacts. He leaves his whole army in reserve since he has two Droppods that will come in turn one. I scout and infiltrate onto all the objectives hoping  my first turn I will draw some objective cards. He tries to seize once he sees what I am doing but rolls a 3.

My turn one I draw two cards that will give me d3 points for either holding objectives or having units in his deployment zone. Both of which I will score. I also draw two objective cards which I  can score as well. Unfortunately for both d3 point cards I roll a 1. His turn he draws a kill something card, hold objective 2 and a few other tough ones. Unfortunately, his Droppods come in and are not able to get him any points. The game continue likes this for 3 turns where I gain a lead of 14 to 4. On his turn four he turns it around stealing a card from me that gets you 3+d3 points and another d3 pointer for killing x amount of units. He is quite easily able to do that with both the Assault and Grav Centurions. Going in to turn 5 I am only ahead by 3 points, a number that is easily doable in Tactical Objectives. Unfortunately on my turn I draw 4 cards that are unplayable for me such as kill his warlord (Which is in the Centurion Unit) Or kill an enemy character. It all comes down to what he draws. His first card is hold objective one (I am blocking that one), number two is hold objective 4 (He is controlling that one), number 3 is issue a challenge (he will get that one as well),

Last card is to have a scoring unit in my deployment which unfortunately he cannot score. I am able to win the game on turn 5. Space marine victory 14-13 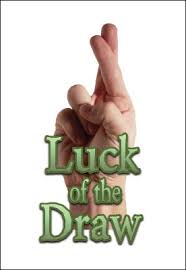 Round two I pull a Necron and Daemon army. This is going to be a tough game especially since we are playing the Nova mission with Relic. I decide to score at the end of the game since his army is so fast and can jump on the objectives just as fast as I can. He wins the roll to go first and deploys on the line. I do the same thing but don’t scout my army up all the way as I don’t want to get charged on turn one. He takes off with both Daemon Princes and flys into the middle of my army. He is able to do a couple hull points to a rhino but that is it. His Wraiths and Warriors move towards the Relic.

Bottom of turn two I bring the pain onto the Wraiths since they are in my face now. All my Grav and Bolters make quick work of them. My five man Tactical Squad in the Droppod also charge into the Scarabs. The game continues like this with a hard fought battle in the center. Khan and friends earn their pay by defending the Relic for 3 turns. I was not able to pick up warlord but am able to hold all of the objectives at the end of the game. Thank you Objective secured! The lone Daemon Prince was a nightmare flying around and killing Rhinos every turn with his Slannesh Lash. Great game and I got really lucky killing the Wraiths so fast. 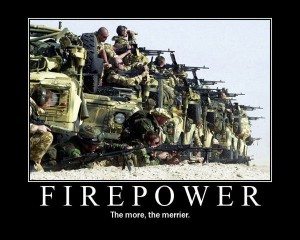 Round three I am in it to win it and have the ITC mission, Crusade. I pull a list with a Thunderfire star that had Tigurius, Coteaz, and another Inquisitor. He also had a Grav Centurion unit in a  pod, a Cullexus and the Space Marine formation with a Stormraven and two Stormtalons. I win the roll off to decide who can go first and I decide I want the last chance to jump on the objectives.

His first turn he brings in three Drop Pods which all pop open a Rhino. His Thunderfire star eats a 5 man unit and kills a Rhino. My turn I retaliate and kill all the units that came in along with 2 of the Drop Pods. My Scouts infiltrated next to the Thunderfires and are making their way towards them.

His turn two his flyers come in along with the Cullexus. The Flyers make quick work of 3 more Rhinos and the Thuderfires kill another two units.

My turn two I am able to charge into the Thunderfires with 2 units of Scouts and Khan’s unit. Khan is able to kill a Techmarine and the Inquisitor. The Scouts kill Tigurius who failed to get Invisibility off this time. Unfortunately, my Grav didn’t turn on this turn and I was unable to kill any of the flyers. His turn the Centurions come on and all the flyers fly off. The Centurions evaporate 2 units and the Cullexus kills another. On my turn all my Grav tear apart the Centurions and the Melta Guns are able to kill the Cullexus. The Thunderfire combat continues to go my way and the scouts eat through the rest of the unit leaving just Coteaz. At this point the game is pretty much over, I will not be able to kill the flyers but unfortunately for him he can’t kill all my units.

Great game and against someone I have the pleasure to play at a lot of tournaments. Space Marines win 11-1 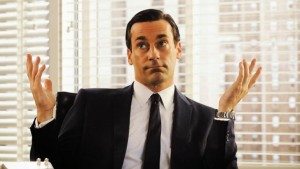 I ended up taking Second Best General as I didn’t score as many points as I could have on the Maelstrom mission. Over all the Know No Mercy GT was a blast and I will be attending next year. I liked having two separate tournaments as it gave you something to play towards on day two. I also really enjoyed playing all the different missions, the variety made it challenging and a lot of fun. I recommend attending this event next year if you get the chance. Hope you all enjoyed the report and hopefully ill bring home the gold next time.

11 Responses to “Know No Mercy RTT”

Leave a Reply to Julien