New Tau, Get In My Belly!

We have a tendency to come across as a bit negative at times in this hobby, so every now and then it’s good to be positive, and the new Tau releases we’re seeing coming down the pipe do exactly that!

Hey everyone, Reecius here form Frontline Gaming to gush a bit about the awesome new Tau units we’re seeing coming out. They’re just fantastic and it really is inspiring to see such incredible work coming out of the GW design studio. The Stomrsurge and Ghostkeel are just amazing and the new images we’re seeing of Tau terrain and alternate Fire Warriors has me salivating. Plus, the existing range is awesome, too! The Stormsurge looks like quite a reasonable LoW. I think it will be quite potent too, more so than much of the internet is giving it credit for. I foresee them in quite a few Tau lists. Many shooty LoW are deceptively good, and don’t reveal their real strength until you field them.

The Ghostkeel as well, looks like a great utility unit and at a crazy low price in points. I see it being an excellent unit for going up flanks and harassing the enemy while snatching up objectives. Tau tend to like to castle up, this unit is durable enough to be able to operate solo without worrying about staying near other units. I think it will turn out to be quite popular with it’s speed moderate firepower and ability to fight a bit in melee if needs be.

And, as a business owner I do have to mention our 25% off pre-order special going right now, if you want to order some of the new Tau goodies and save some money! 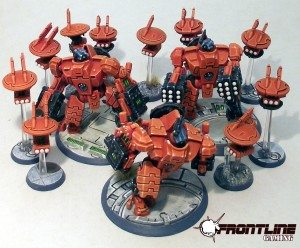 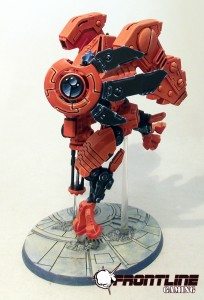 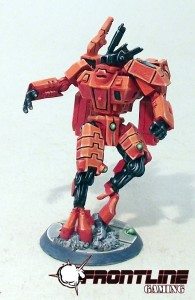 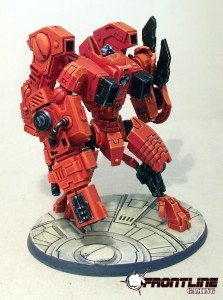 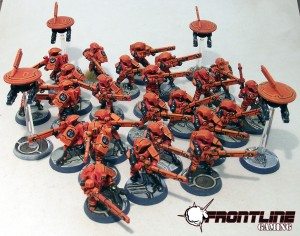 I love me some giant robots and Tau delivers the goods! I can’t wait to get my hands on the new book and see what kind of cool detachments and formations they get. I imagine a detachment focusing on suits, another on armor and a third on a Firewarrior based army, or perhaps the armor and infantry will combine into one. I can easily imagine some suit formations (duh!) as well as tank based versions. It will be very interesting to see what their “Decurion” style detachment will provide as these have been very powerful with the last few books. I am fine with it though, if every army continues to get powerful detachments like this. It stinks for those who don’t have them yet, but with the new rapid release schedule, I don’t think armies will have to wait for too long to get their day in the sun.

Don’t forget the very beautiful Forge World Tau suits, too! These things are amazing! And, they’ve recently been voted into the ITC format, so these are indeed, exciting times to be a Tau player! 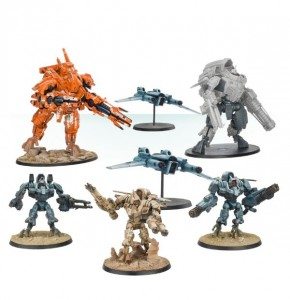 I really do have to tip my hat to both GW and FW for creating such an awesome faction for 40k and supporting it with some stunning new models. As I have mentioned in other posts, I would like to see be a really powerful army on the tabletop to match their good looks, but I would like to see some of their more extreme strengths toned down just a bit to not make games vs. some of the Xenos races so lopsided. Things like ignoring cover so easily and such a huge amount of very cheap interceptor are a bit much, IMO, and supporting fire can be a bear, too. But, that said, I would love to see Tau get some new strengths to counter some of the things they lose (in my imaginary world, lol).

What are you all most excited about with the new Tau release?

Leave a Reply to marandamir