I Dream of IG…

What’s good fellow gamers?  Mr.MoreTanks here with an article a little more like what RawDogger brings to the table.  I’m going to do a little day dreaming as I’m sadly becoming less and less excited about my arguably my favorite army in the game right now, Guard.

Now, the Guard book is not the oldest or most outdated book, I maintain that it is probably among the top two or three choices for allies for any Imperial army, but my how we have fallen from our place of glory since the grand old days of 5th ed.  I know that we’re hearing rumors about Tau in the too distant future, but even still, I want to dream about my wants and desires; who needs blue hooved space commies?   Below, in no particular order, are some of the things I’d love to see in the next Guard update. 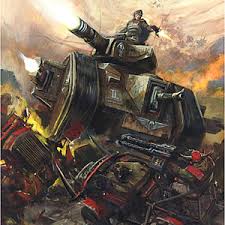 I could go on and on in greater detail and make a dream codex until the Squats come home, but for now this wish listing will do.  Am I being too greedy? With the trend of the newer books, I don’t really think so.  What other things would like to see the Guard have?

Leave a Reply to Duz