Thoughts from a Terrible 40k Gamer – The Centstar

Rawdogger here to talk about the best way to go about losing with a winning army list.   This past weekend I was fortunate enough to have timed my once a year visit to my parents in Southern California with a cool team style tournament put on at Game Empire in San Diego where Reece and Frankie would be throwing dice.  I put together what I thought was a nasty Centstar list and got ready to smile smugly at my opponents while gating around the table blasting jabronies in the face with accurate and devastating grav weaponry.  What I got instead was a lesson in humility as I was torn to shreds by three able and skilled opponents while Reece looked on in disappointment at having picking me as his teammate for the event.  Throughout the event as I became increasingly desperate to not only prove myself to my teammate but to prove to my opponents how dominating my list was (at least on paper) I began to think of all the pitfalls a finesse list like the Centstar has for a low skilled player.  While a very powerful list in theory, there are several shortcomings the list has and I wanted to talk a little about those today. 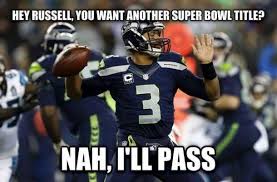 So now that you’ve see the hunky and brilliant list above, here are some of the shortcomings of the list that I felt were the obvious causes of my losses and not my skill level at all.  Like, in any way. 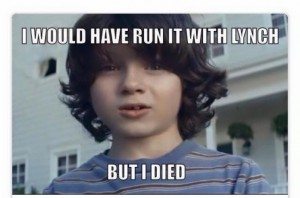 Needs more Loth – If you are going to do a CentStar list you really, really need to take Sevrin Loth.  At the tournament I rolled on the Telepathy power 18 times and did not roll a single 5 to get the all-important Invisibility power in my first two games.  Let that sink in for a second.  When you strip down the Centstar to it’s basic components it’s actually fairly lackluster and VERY easy to take out.  2+ armor with no invulnerable save is not necessarily hard to counter and you can’t wrap Draigo ‘round that whole sumbitch.

Completely Dependent on Psychic Powers – As stated above, I had to go two games without Invisibility, and the fact that I am complaining about that makes me a bigger asshole than the guy who takes Cult Mechanicum with Blood Angel Drop Pods.  If you do not roll key powers or if you get shut down in the psychic phase by Daemons and their 40 warp charge dice you will have a really rough day.  You have so many points wrapped up in a unit that CANNOT miss a turn of action.  In my second game I failed to get Gate of Infinity off only needing one 4+ on 5 dice.  That right there cost me the game.  It’s hard to say that with a straight face but it’s true.  Not getting the power off meant that I not only could not execute my plan on taking out Pask and friend and causing his Baneblade to have to re-direct towards the new threat but it meant I spent a full turn trudging forward behind a hill and letting my opponent realize how much peril he was in and re-positioning his force to counter my assault.

Too Many Points not Enough Bodies – With the battlefields of the 41st millennium covered with free objective secured Space Marine transports and fast as shit Eldar hover bikes it’s hard to make a big impression with your 6 units on the table.  Yes, your Centstar when completely hulked up and invisible can nuke damn near any unit on the board, that is just one of perhaps 20 you will have to get through on the road to victory.  I brought 30 scouts in my list but to be honest they can’t do too much and get shot to hell fairly easily.  The name of the game in tournament play is and always will be scoring objectives.  It’s great and all that your super unit can kill anything just by looking at them but all the while your opponent is laughing all the way to the objective secured bank and wracking up them maelstrom points. 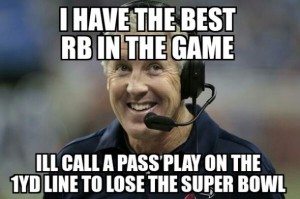 No Real Close Combat – Draigo himself is a beast, let’s not fool ourselves here.  He keeps his pimp hand strong and takes no lip from the jabronies of the 41st millennium.  Other than that? Nah.  Yes I usually take along a Dreadknight but to be honest he’s only really good at shooting and really he is just a T6 Terminator with 4 wounds and with the amount of Grav and massed strength 6+ shooting on the field he usually doesn’t last too long.   There really should be special place in hell for taking a Centstar list and complaining about the amount of grav on the field.

So there you have it.  I think I’m done with trying to make the Centstar work for the time being and will be heading back to my one and only love, the Imperial Guard (I’ll never forget their name) and let CaptainA be the undisputed master of the Centstar list.

39 Responses to “Thoughts from a Terrible 40k Gamer – The Centstar”