This year, I’ve been able to attend a lot of tournaments all over the country. TSHFT in Seattle, Wargamescon in Austin, BAO in San Jose, LVO in Vegas, Just a Games Con in Corvallis. Man that is a lot of travel! I don’t say this to flaunt my wealth, as being a 2nd Grade Teacher makes me having none, but rather discuss how I’ve been able to hit so many tournaments lately – selling crap on eBay! 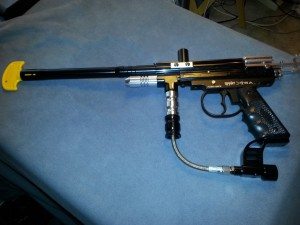 For the past two years, I’ve been working a side job (most every teacher has one) buying Storage Lockers at auction and reselling the contents. It’s a dirty job that is not for everyone as I have found some…interesting things in said lockers. I’ve also been buying and selling Warhammer and other collectible games on eBay for years before that. Right now my eBay store is up to over 500 items and really starting to make a nice side income. One of my best lockers was actually a Warhammer locker. When the door opened up I saw a big clear tote filled with Warhammer, an army box on a shelf, and in looking inside, saw sprues through the hole in a chest. I knew that locker had a lot of Warhammer and I was able to get it for $370, the most I had spent on a locker to date at that time. I followed the steps listed below and stopped counting after I had made $2100…after fees. All that to say I have some idea about the second hand miniature market.

I thought I’d focus first on my work in the second hand Warhammer market, of which there is plenty. I don’t have all the answers, but with some simple steps, you too can be on your way to avasting a fortune of Warhammer wealth and partying with the likes of Frankie in Austin at a hotel bar!

You are on a forum or trolling eBay and come across that massive lot of models, all with the tag, “Will not part out!” This can be annoying for some as most of you only want that one thing in the lot, but for some it can be just the thing to start you on your way to second hand victory. Now some guys want not only to sell their giant collection in one go and at 80% of retail cost. Just avoid those, or wait till the price starts to drop…and it will. Some might pay top dollar for a whole army or collection, especially if it is painted, but for most of us, we’d rather just buy them new for that high of a price.

What you need to look for is a lot or collection that is around 25-40% of retail. Look long enough and you will find them. You can search buy, sell, and trade forums, eBay, Craigslist, and even your local crew of gamers. Some people would rather just move it in one lot at a discounted price for cash on another army or something else.

In my opinion, one of the best ways to profitize on a collection is by breaking it into much smaller lots of items. Take a Space Marine army for example. Break it into squads of 5-10 marines for each listing. Sell each tank or vehicle individually and characters separately as well. This will allow you to maximize what you can get on them and increase your profits by quite a bit.

Step Three – Look for the Treasures

In every lot there is almost always some gold in the chaff. Look for the nuggets. I’ve sold a metal Astorath for $40, a lot of Necron Flayed ones for $115, Shadowsun for $35, etc, etc, etc. Each lot will probably have at least a few gems that are worth a decent amount. Keep an eye out for those sweet pieces that go for a pretty penny. Which leads me to my next step.

Most people that sell on eBay know about this. When searching for the value of an item, and the true value is what people are paying, search the sold listings in the Advanced search menu on eBay. I know a few times I’ve looked up an item seeing it listed for hundreds, only to see it being sold for much less. See what things have sold for and you will generally see a pretty fair representation of what an item will go for. You will also see the general value goes up depending up on the condition. The general price breakdown is New in Box (NIB), New on Sprue (NOS), Assembled, Assembled and Primed, and then Painted. Now for painted, it can also increase the value depending upon how well it is painted. A truly well painted model can sell for much more than its retail in box counterpart. A poorly painted model can be worth much less. 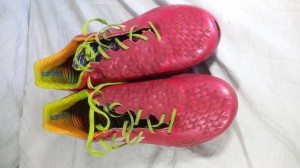 Now you need to sell it. Take some good pictures and sell it on the site of your choice. I prefer eBay, but constantly hear moaning about the fees, the fees! Ebay though has one big thing going for it…200+ million users. That is a lot of potential eyes looking for your product. With my current rate, I spend ten cents a month per item to list then about 10-14% of the final cost for each item when it sells. That works out to be plenty, especially when I can command higher prices for each item.

But Where To Start?

You might be asking yourself about where you are going to get the initial investment to purchase a larger lot like mentioned above. I’d just look around your residence and start selling your unwanted collectibles or other items. Heck, take your junk drawer, dump it out, snap a pic, and list it! I can be as simple as that. You will be shocked at how many $10-$50 dollar bills you have lying around if you just look hard enough. I recently found out that my Walking Dead comic books are now worth $10-$20 apiece with key issues in the hundreds of dollars. They have been making a pretty penny and helped fund going to some tournaments. Video games, comic books, sci fi/fantasy books, DVD’s, and just about any other thing you can think of can be worth money. Not worth enough on its own? Bundle it together with something else and list it together. Get creative and you will be surprised at what you can make off of selling simple stuff.

You can also hit Garage Sales, Goodwill outlets, Auction Houses, and other places that you can score cheap items to resell and make profits on. Heck, you can even buy stuff on eBay and then resell it on eBay! My friend often does this with trucker hats. He finds lots of hats that he spends about $1 per hat on and resells them individually for $10+. It really comes down to the reason that people don’t want to spend the time and effort to make the most money on their product. They get some fast cash and you get some good product to sell. Win win in my book. 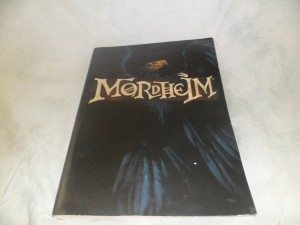 I’ll be honest, this isn’t the life for everyone. It takes a lot of work and the hustle can be a wear, but there is good money to make in this line of business and the great thing, especially with second hand Warhammer, is that you get to cherry pick what you need for your army before you resell! It’s fun and can be a profitable side business if you work at it and look for some good deals.

One thing to mention is that eBay isn’t the only place though to sell. I know plenty of guys that sell on forums, Facebook pages, Craigslist, and other areas to avoid the fees or the tax man ( you are supposed to claim everything you sell, eBay or not). You can still use the above principles with just about any platform and see the same success. Now get cracking and go make some money to bolster your forces or attend a tournament!

All of the above pictures are items I have found in lockers, at an auction house, bought in a lot, or found on the side of the road (not kidding) and have sold on eBay.

I’ve been thinking about getting into this action for a while, but haven’t been in a place where I was able to put in the work. But with my work schedule easing up next month, I’m really starting to take a look at it again, starting with the tubs of stuff that I’ve been sort of half-assedly trying to move through smaller-volume channels for a while now.

Cool and different article, thanks! The only thing that anooys me abotu selling stuff on eBay, apart from the fees, is packing that stuff and mailing it. It always takes so kuch longer than I’d like… Ugh

Yep, gotta do some work. Only online stock trading involves no work, in that one needs to move no mass any distance aside from hands and fingers.

That, at least, isn’t much of a worry for me. That used to be my day job for several years, so I’ve got it down 😉

Remember USPS gives you free boxes with Priority shipping. You can even order them and have them delivered.

I have used that when i sold my khador. Very useful for flat rate shipping.

I have been thinking about this for along time when you recommended it to me.
But not for for traveling, for fixing my Caddillac and restoring it 🙂
IT is also what made me decide to get a pick up.
You forgot something(Or I skimmed over it) Go to Craigslist at he free section and resell

Viable strategy! My brother did that and even had the gas calculated in to find his profit window of what he could and couldn’t pick up.

You know you’ve hit it big when you’re partying in a bar with Frankie!

I’ve been doing this for a while too. I purchase lots to resell, and sell armies on commission. It been funding the acquisition of my Ork army.

Its cut into my hobby time, but has been profitable enough to hire people to paint for me.

just a quick note about ebay : maybe it’s not true within the US, but if you broaden search outside of your own country, be careful about ebay’s international shipping program that’ll charge you ridiculous amounts of money for each individual item you get, even if it’s from the same seller.
Advice for both buyer and seller, check that the auction is not activated with this option. You won’t be able to do anything about it. Prefer the ones that are actually declared and chosen by the seller.
Ebay charges you on both the cost of the auction value and the one it generated within this program (which seems to explain why expedition costs are inflated that much).
This will reduce good deals for both sellers and buyers and often leads to cancellation of trade and lost time for everybody.

I rely on you and Pretre…

I did this for a while. Made a ton on ebay. You really have to have an eye for detail AND be creative with your searches. The best advice I can give is to search for generic things and you will find the jewels in there because some sellers don’t even know “warhammer” names of the models they are selling.