What It Takes to be a 40k Champion

Rawdogger here to talk about top level Warhammer 40k top tournament players and what it takes to be a champion. 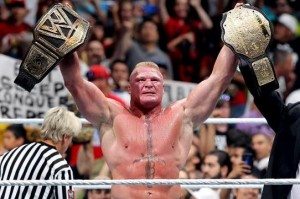 I want to let you in on a little secret of mine, dear readers.  I’m not very good at Warhammer 40k.  I know, you may want to have a seat after reading that bomb shell.  Oh, I can name off special rules and stats like a champ, but when it comes to the actual skills it takes to be a top table tournament player I tend to be more of a chump.  I constantly find myself making the same mistakes over and over again.  I also write subpar lists and even when I take a “net” list I still make mistakes that have me at the mid-low tables consistently.  A lot of forum trolls will write off 40k tournaments as a battle of the new hot list, and while there may be some merit in newer codices dominating top tables, there is one constant that keeps me believing there is semblance of skill required to compete at that game level.  That constant being the same players turning up time and time again on the top tables of major 40k tournaments.  Names like Tony Kopac, Alan Baramaramvich, Bill Kim, Alex Fennel, etc.  It’s actually more of a surprise when the winning player of a major tournament is NOT one of the regulars.  So what makes these players turn up at the top table on such a regular basis?

So what do you think it takes to be a top 40k tournament player?  Is it really just the lists that get them to the top so consistently or do these names we see time and time again really have a skill level that is so unattainable by the majority of players?