Who Wears the Gladius Best?

Howdy fellow gamers, Mr.MoreTanks here with a thought that has been nagging at me ever since the Battle Company formation was released, how to best run it? Be sure to check out the Tactics Corner for more great articles!

The way I see, there are three major decisions that come with selecting your battle company, obviously, the formation itself is far more customizable than that, but these three major ones will dictate the direction of your formation.

When answering these questions, the answers to other questions like; which fast attack option to use, maximum size units, or minimum sized, what weapons to run them with, etc. should be answered for you.

In my humble opinion, there are viable reasons to take just about any Chapter Tactic, bar the Raven Guard or Black Templars.  The Imperial Fists could be nice thanks to Bolter Drill and Tank Hunting Devs or Cents, but they aren’t quite as appealing.  Salamanders are nice, and if you bring Vulkan, the flamer and melta weapons get all juiced up.  All of the combi-weapons that your sergeants will be rolling with get to be master crafted too, so those marines in drop pods who pop off their meltas won’t be left high and dry if they miss, because odds are that they won’t.  If you plan on running lots of flamers and melta weapons, these guys might work, but to really get the most out of them, I feel that you’re restricted to drop pods, which in my mind, limits the flexibility of the Gladius. My third place choice goes to the Iron Hands: the survivability is quite useful.  Losing It Will Not Die on the majority of vehicles is frustrating, but the chance of one Marine surviving an attack from a Helldrake will more than make up for it.  Iron Hands will make the staying power of the Gladius insanely frustrating for your opponent, it’s a tempting option to keep in mind.  The Ultramarines help out your forces even further with their buffs to tactical marines and other doctrines.  This is among the most tempting of tactics, as it really adds to the killing power of your army, they easily make my second choice.  My first choice though, is no surprise to anyone who’s seen me play Astartes in the past couple of years, White Scars.  Khan on the bike as Warlord gives you amazing deployment flexibility.  The power of razorbacks outflanking or scouting depending on your opponent while scores of Marines come pilling out with meltas and flamers blazing is legit.  The Marines that drop pod in are able to Hit and Run out so the guns from the other bodies can light up the targets.  The minimum bike squads rolling around become Troops too, and no longer give up Fast Attack points.  That’s pretty nice.  White Scars remove one of the largest weaknesses of the Gladius, the inability to win close combat.  When you can Hit and Run out, who cares? 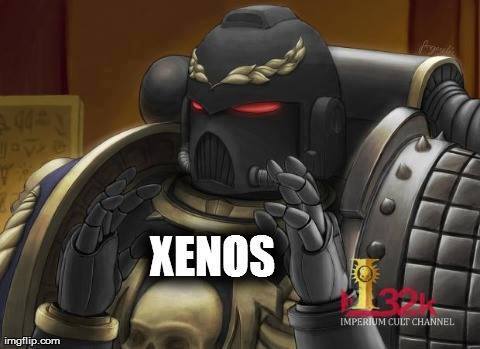 This leads us to our next question, what’s the best way to cash in on the free transports?  If you’re a White Scars player, the worst choice by far is the Rhino.  You will almost certainly never be taking ten man units, and so you do not need or care about the extra room.  The Razorback gives you the guns you need to back up the somewhat lower firepower that the bodies of the Gladius brings to the table.  I think that the load out to go with is the lascannon, twin-linked plasma gun on the Razorback, it adds some serious firepower to the mix.  It also keeps the Razorbacks as very appealing targets, even after the Marines inside disembark.  This is crucial, as it will help to keep your bodies on the ground alive, which helps to prolong the greatest strength of the Gladius, Ob Sec MSU.  When everything is a threat, your opponent has to try and deal with everything.  Drop Pods are worth considering too, think of combining them with the Razorbacks to achieve a hammer and anvil like effect.  Adding in some minimum bike units that pump out insane firepower from their grav guns and your opponent is stuck dealing with a noose that is tightening fast.  Add in any number of outflanking Razorbacks that may be up to the task, and you’re getting the most bang for your buck.  Part of the importance of this is making sure the Khan is your Warlord, as this gives you the deployment tools to get the absolute most out of your transports.

Finally we come to the auxiliary detachment; now at first glance, it seems like the most obvious choice is the 10th Company one.  The Scouts are cheap, and the boost back up to BS and WS 4 makes them far more appealing in terms of damage output.  Plus, being able to infiltrate them up into no man’s land adds even more weight and pressure in your opponent’s face, something that your Chapter Tactic of White Scars needs you to be doing.  The Scouts bring a lot to help with the synergy of the list already, and for that reason, they should be heavily considered.  Though there is perhaps a stronger option that helps to close the other scathing weakness of the Gladius Strike Force, lack of anti-air power.  For that reason, you should turn to the Anti-Air Auxiliary choice over the Scouts.  It’s fairly straightforward and obvious what the Hunter and Stalkers are for, and their role is extremely important, especially with number of Helldrakes that will be springing up in the meta.  Believe me, they are going to make a comeback.  While you really can’t go wrong with either of these choices, I think that the Hunter and Stalkers are the way to go. So with those thoughts in mind, I present to you Mr.MoreTanks’ take on the Gladius Strike Force.  Now to just dig out and dust off some Razorbacks.

Sorry about the weird formatting, it doesn’t translate super well from Word.  You’re all smart folks though, you can figure it out.

Now that you’re through that massive block of text, you’ll notice perhaps the most important part of this entire list, just one little 34 point entry, the Inquisitor with servo skulls.  This model, or rather, the 3 servo skulls give this list total and absolute board control.  Not only do they prevent enemy infiltrators and scouting units from blocking off my Razorbacks and bikes from Scouting and getting my forces where I want them before the game even begins.  They let me null deploy in the extreme, by scouting away from aggressive enemy forces and again, stopping the enemy from getting in my face.  Furthermore, they help to guide in my Drop Pods, making sure those Ob Sec pods land within 3 inches of those Objectives, meaning that my opponent HAS to kill them.  That means they won’t be killing a Razorback, which is another ObSec unit that can just move up onto it later while still using its guns to kill enemy units.

I really think this is among one of the best ways to run the Gladius, it brings speed, guns, MSU, and Objective Secured.  The anti-air really shores up the damage that enemy air forces will be able to deal out to the Gladius.  While Flying Circus lists will still be a serious problem, the amount of bodies on the ground should help out.  Against other Gladius formations, the board control and weapons on all of the other transports should be able to knock out other vehicles in the enemy formation.  War Conclaves will be beaten through attrition, while they dish out a mean punch, they don’t really have the staying power to get into a battle of attrition with an aggressive MSU force.

The basic plan of attack with this list is to either go for the throat with an aggressive alpha strike that can reach nearly anywhere on the board, or use outflank and null deployment to prevent your own forces from being destroyed by an alpha strike, especially from Drop Pods.

The Gladius is amazing, it is the best formation by a wide margin.  The new Space Marine codex had subtle changes from the last one, but they’ve only strengthened the book as a whole.  What’s your take on the Gladius?  A close friend of mine runs one filled with Drop Pods that flood every corner of the board with Marines.  He did very well at the BAO, but found that his army was lacking in killing power.  This army, while more vulnerable to alpha strikes, brings the killing power that I think most Drop Pod Gladius forces are lacking.

What’s been your experiences using the Gladius?  Is it overrated?  Too strong? Lack of speed?  Let us know in the comments.  Soon I’ll be writing an article about how to best combat the Gladius, so stay tuned for that.  May the dice be ever in your favor until then fellow gamers.

← Signals from the Frontline: Warhammer 40k and General Gaming News, Rumors, Tactics and Comedy!
The Mediocre Gamer on Age of Sigmar →

22 Responses to “Who Wears the Gladius Best?”