Why I’m Excited for Age of Sigmar

You are here: Home › Editorial › Why I’m Excited for Age of Sigmar 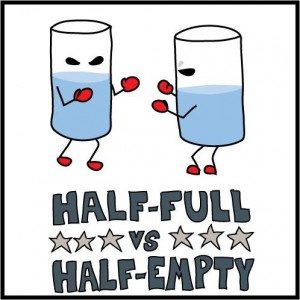 Hey everyone, Reecius here to talk about why I am excited for Age of Sigmar.

Business first: if you are interested in picking up a copy of Age of Sigmar, we at Frontline Gaming are selling them within the United States at 25% off retail during the pre-order period (now until Saturday, July 11th). Just shoot your order to: Orders@FrontlineGaming.org We will also be selling what stock we have remaining after pre-orders at the Bay Area Open tournament this coming weekend (July 11th-12th), in San Jose, CA.

Age of Sigmar (AoS) has caused a lot of controversy, as was to be expected. Warhammer Fantasy was a game that has been a part of people’s lives for decades, and to have something that you love irrevocably changed into something dramatically different would be shocking. So let me preface this by saying that I have nothing but empathy for existing Fantasy players that are seeing the game they know and love fading away. If it happened to 40k, I’d be an unhappy gamer, myself. Heartbroken, actually. What follows are my personal opinions about Age of Sigmar, and anyone reading this is free to disagree! 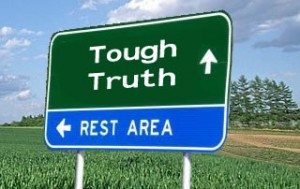 The cold, hard truth of the matter is that Fantasy was a dying game. Fantasy took up roughly half of the development resources of the GW design studio before Fantasy started getting scaled back to make room for 40k, but generated a fraction of the revenue. GW did their best (IMO) to try and and keep the line alive and kicking with some truly amazing model kit releases for Fantasy over 7th and 8th edition, but nothing seemed to draw in fresh blood. It appeared that they tried to alter the business model for Fantasy by increasing units sizes in 8th, perhaps trying to increase revenue by encouraging existing players to purchase larger model kits they they didn’t have and even larger units of models they did have. However, IMO, all this did was encourage creative hobbyists to use “place holders” to fill out the giant blocks of troops. And hey, who can blame them? With the way Fantasy worked, typically only the first few rows of models actually fought, the rest of them were essentially (expensive) wound markers. Plus, some of the unit fillers people came up with were pretty cool and creative! 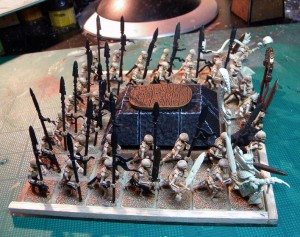 Personally, I never really liked the “brick” battle mechanics of Fantasy. Now, I am not saying it is inherently bad at all, a lot of you folks reading this love it! But, the idea of buying a big, expensive unit of very detailed models to paint up when only a few of them actually did anything in a fight really wasn’t appealing to me (when I was playing Fantasy a lot, I played Wood Elves whom nearly all skirmished!). While I always thought the ranked up units with musicians, banners and champions looked awesome, it was pretty unappealing to try and build an army of them. And it turns out, I was not alone in this sentiment. Many gamers made the choice to pick up 40k as it was easier to get into. The problem likely exacerbated itself as little by little, more players made that choice also due to it being easier to find games of 40k than Fantasy. In our store, we saw less and less Fantasy sales over the years and hardly ever did we sell a new player on the game. Now, to be fair, we were 40k oriented which definitely biased our customers coming in. But, that said, every time a youngster came into the store interested in getting into miniatures gaming, it was infinitely easier to sell them and their parents on picking up a 40k army that was often the same price of just a few units in Fantasy. As a store owner whose goal is to sell product to keep the lights on, it made us lean towards 40k before the sales cycle even began. Now again, that isn’t a dig on Fantasy, just an observation based on personal experience and opinion. I believe that new gamers being able to play AoS with units of 10 or less models is going to be really appealing. 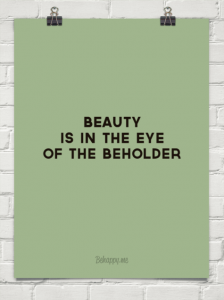 I also must say, I prefer the AoS models in general terms. While Fantasy has some stunning models in the range, AoS has big, beefy, beautiful models as we see them in 40k. Having them based on circular bases and not having to rank up means that they can be more dynamic in their poses and take up more “space,” so to speak, while also providing more room for some creative basing (in general terms, I have seen some breathtaking Fantasy regiments with all scenic bases). From a modeling perspective, I think this allows you to do a lot more, and due to models engaging in melee similar to the way it is done in 40k each model gets to play in the game, so to speak. They typically all get to engage in the battle instead of simply standing in line, waiting to be removed as a casualty or getting run down and removed from the table because of a flubbed leadership check, which I never really enjoyed with Fantasy. I also appreciate the new Aesthetic direction the models are going in. I never felt drawn to the somewhat historical/fantasy look of some of the armies such as the Empire, Bretonnians, etc. While I am sure some folks love that look–which is totally cool–it never grabbed me and I feel that that was sentiment shared by many gamers. I love Fantasy settings with “historical” influences (such as Game of Thrones), but in a Fantasy miniatures game I want my heroes larger than life and my villains to look like they stepped off of the cover of a Norther European Death Metal album cover! I always felt that the Chaos Warriors were the coolest looking models in Fantasy and how much fun it would be to have “good” versions of them. Low and behold we get the Stormcast Eternals. Turns out I was not the only one that felt this way.

Warmachine really takes this “beefcake” aesthetic to the extreme but you know what? That’s a Fantasy game that sells REALLY well. A lot of folks like that look, and it is reflected in a lot of other popular, modern Fantasy franchises such as World of Warcraft. Take 40k as another prime example (which is more Science Fantasy than true Science Fiction), Space Marines sell unbelievably well and they also bear the larger than life characteristics that seem to appeal to so many gamers in their miniatures. The new AoS models really seem to embrace this quality and as someone that enjoys it, this is very appealing to me. I believe it will be to a large number of other gamers, too. If I wanted to play a Historical minis game, I would. But in a Fantasy game, as a consumer I want to see really exaggerated aesthetics as the setting itself is inherently fantastical, and the game is so dependent on visual appeal. Just as in my comic books, I like my super heroes with funky, bright colored costumes that would look ridiculous in a movie, miniatures in the scale we play in simply look cooler with exaggerated aesthetics, or the “heroic” scale as GW calls it. I think this is the right call to appeal to a larger audience.

AoS looks like it will be mega easy to learn to play, which is a good thing, IMO. Learning how to play 40k or Fantasy was a daunting proposition. If you are already mentally invested in a game, it can feel like a serious chore to learn a new, complex game system. I know that is always one of the tings holding me back from diving into a new minis game. It’s hard enough to stay on top of one system, so making AoS exceedingly simple to pick up and play is a smart move and will lower the barrier to entry for many new gamers. Now, I must say, the no points values thing is reeaally weird to me, but perhaps that is simply due to having points ingrained so deeply into the way I think about minis games. Points systems are largely arbitrary, anyway, and having played 40k as long as I have, I have seen that skewed points values between players really has less impact on the outcome of a game than you’d think. However, it makes list writing totally foreign to us and that is a fun pastime in itself.

That said, I keep an open mind and look forward to seeing how GW proposes to provide balance through scenario play or rules yet to come out we have not yet scene. Going over the Warscrolls, it does seem that many of the units in the game have been “Dropzeone Commander” balanced in that units with essentially similar roles on the battlefield have very similar stat lines, with the variety coming in their special rules. So, a foot soldier in one army is roughly equivalent to a foot soldier in another army. I actually really like this as it works quite well in other game systems. What I wait to see is how GW will entice us to not simply take our best models in AoS, and actually use the weaker models if there are no points values and we instead use model count to balance our games? That bit so far eludes me, but we’ll see what comes. And as for the “goofy” rules such as pretending to talk to imaginary horses for in-game benefits and such, those are no big deal to me. They’re silly on purpose to encourage a fun, light-hearted gaming environment. You can quite easily simply say that they are always in effect for organized play if you do not wish to participate in the wacky antics. I also expect the complexity of the system to increase over time to continue to add layers of depth to the game through scenarios, special rules and supplements. A simple starting point is a good call, and leaves room for growth. 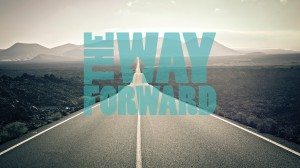 What I see in AoS is something new and exciting with the potential to appeal to a LOT of gamers. Looking at this from the perspective of someone that was not playing much Fantasy (I lost interest when Daemons hit 7th ed like a wrecking ball), and always preferred 40k, Age of Sigmar means something different to me than it does to a veteran of Fantasy. But, what I see is a modern game that is enticing to play for someone that was never going to pick up Fantasy which unfortunately, was a big chunk of the miniatures gaming market. In the face of an increasingly competitive tabletop gaming environment, and rapidly changing technology (3-D Printing), AoS actually entices me to take the plunge and pick up a new minis game that is set in what seems to be a cool, imaginative Fantasy setting. Yes, there are some weird looking details to the game at this early stage, but I am confident we will iron these out as a community as we learn the new system. We will see what occurs and if the game can stand the test of time, but for now, I remain cautiously optimistic.

How do you all feel about Age of Sigmar?

83 Responses to “Why I’m Excited for Age of Sigmar”