Loopy brings us some awesome conversions!

In October of 2013, I was contacted by a fellow Freeboota to custom build one or two Reaver Titans. My memory of the original request was for one, but I shortly realized it was for two. In return, I received some Sisters models, 4 and a half Immolators, 2 Exorcists, and some infantry. Even though the base models, which were a couple of old Terminator toys, arrived in November, I though I could do it in a few short months.

I really didn’t have any idea what I was getting myself into. I’d done Ork stuff before, sure, but that’s nothing compared to building Imperial models. The lines have to be at least somewhat straight and the entire model needs to be gap-filled and sanded from top to bottom.

I’d like to say that I succeeded. Even though I didn’t get it done in the time I was shooting for, I think the customer knew I was crazy for setting such a short goal anyways. He does his own custom Titans as well.

Since December of 2013, I’ve spent over 192 hours (a conservative estimate) on this project. Along with that, I’ve spent over $210 in materials, not including tools purchased. This means I could have bought BOTH of us THREE actual Forge World Reaver Titans when you work out the time and materials cost. Let there be no doubt that the completion of this project was solely to preserve my personal reputation and had nothing to do with actual compensation. Having said that, I learned a lot of lessons from this project both from a hobby standpoint and from a personal standpoint.

A huge thanks goes out to my wife, Wendy, who put up with a lot of nonsense while I worked on this project and motivated me all the time to finish.

Thanks to Gene and Pat for giving me tons of crap while these things lurked about.

Thanks to those who joined me in my hobby time to help make the pain less harsh: Skip, Conor, Brandon, Shoshie, and many others. Thanks to the rest of you for commenting and giving me motivation to continue. 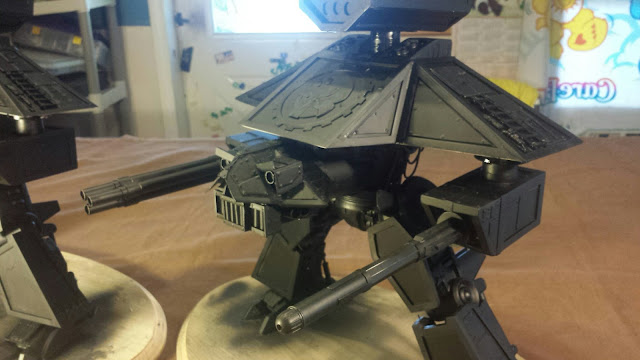 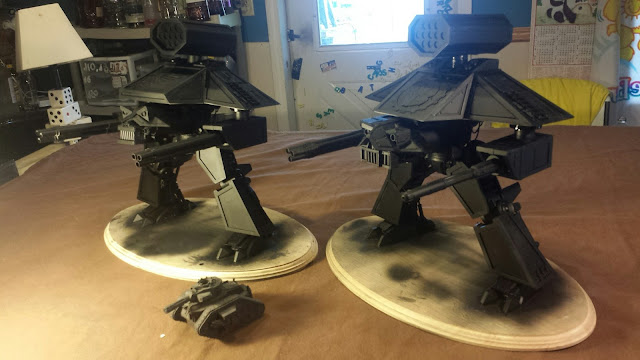 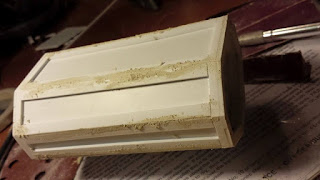 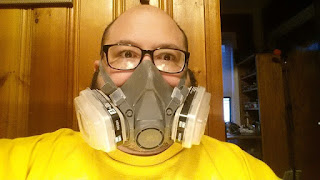 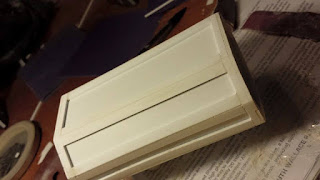 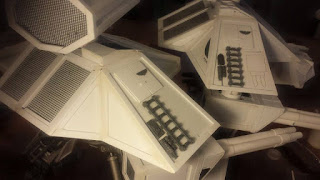 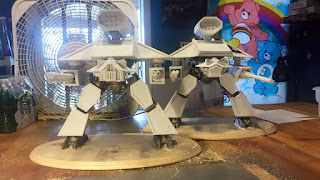