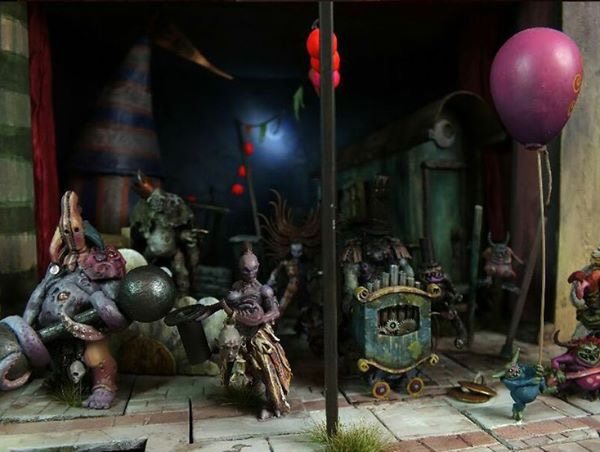 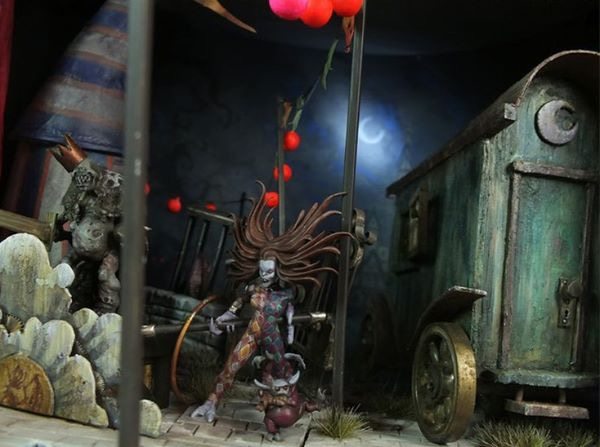 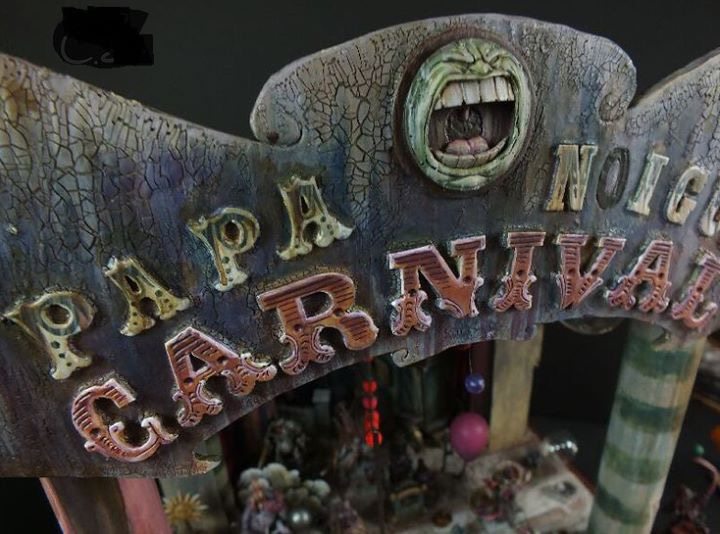 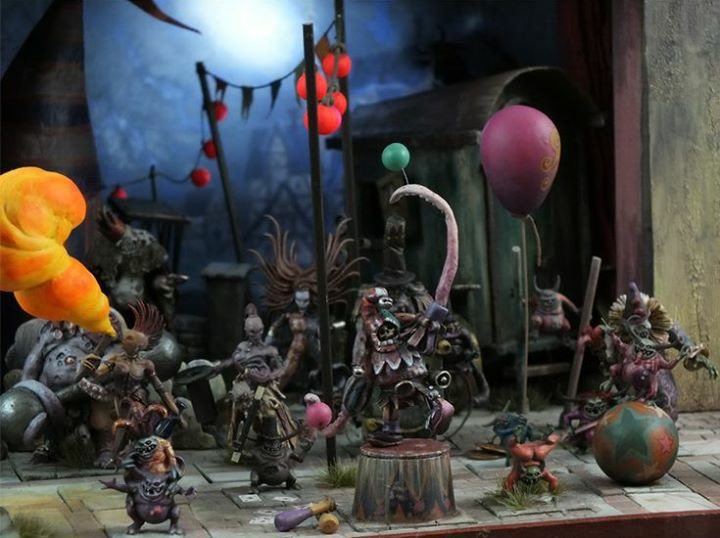 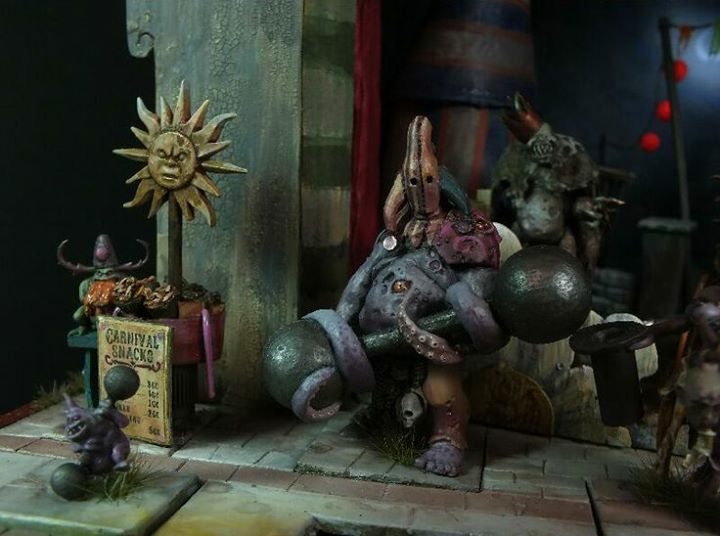 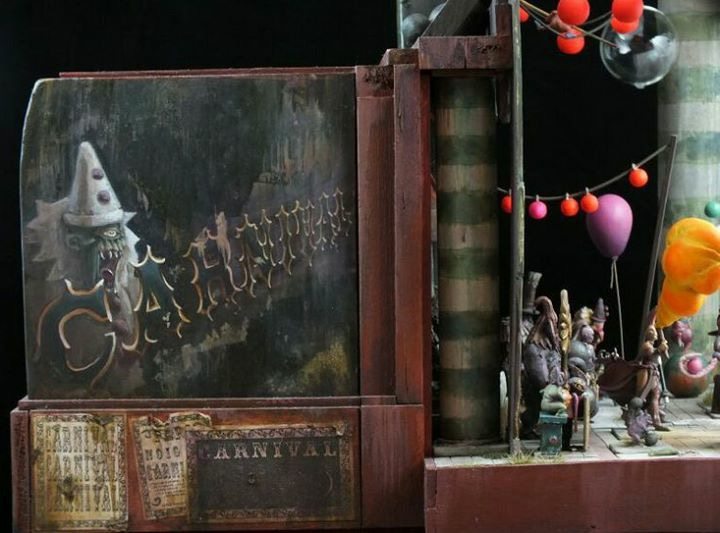 This awesome Diorama, a Carnival of Chaos of Chaos, winner of the Golden Demon Germany in 2013, by Christoph aka the Paintslayer. Titled “Papa Noigul’s Carnival” this is a great example of Hoibby at its finest, here is what he says about it:

“I always loved the Carnival of Chaos from the Game Mortheim. With the new additions to the plastic range for the Demons and the Warriors of Chaos, I thought that this would fit perfectly to a massively converted warband (especially the little Nurglings, which do a lot of acrobatic stuff). My plans of having one or two minis of the original metal warband in my diorama were destroyed soon: almost the whole Mortheim range went out of production. So I concentrated fully on converting scary demons into partly scary carneys. After some time of planning I realized that it would make little sense to let the warband wear weapons, because too many roles doesn’t involve them: the hurdy-gurdist, the juggler, the strongman, the fire-eater, the magicians and the acrobat. Only the plague-bearer dressed as king carries a wooden sword.  The interior however has come to life, like a look into the little world of the Carnival of Chaos.

The diorama took 3 to 4 months building and designing time. Which went a little over the top as I realized three weeks before the Games Day I should start painting.

Amazing work and a great job!

Posted on June 30, 2015 by Rantimus in Alternative Miniatures, Fantasy

One Response to “Daily Awesome Conversion”