Skyhammer and the Pay to Play 40k Era

Rawdogger here to talk about Games Workshop’s latest marketing strategy, the Skyhammer Annihilation Force, and why it’s a really bad thing for the hobby.

Now, this isn’t the first ‘pay to play’ type formation that Games Workshop has released lately but it definitely seems that everything they have done so far was leading up to this point.  Starting with free wargear options for Blood Angels taking the veteran formation followed up by the Mechanicum’s take units from THREE DIFFERENT FUCKING CODICES and get amazing super powers deal and then double Demi-Company free transports shenanigans we have seen the slow greed of the GW marketing department negating any type of balance from a game that had that in short supply to begin with.

There are plenty of naysayers and apologists making excuses for GW’s blatant cash grab rules development that we have been seeing for the past year (though there is plenty of evidence pointing to it NOT WORKING) and they do bring up some fair points.  It’s too bad my belligerent cynicism clobbers any coherent argument they try to make. 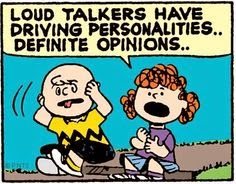 Now, does this formation have weaknesses?  Sure, if you took the formation by itself and didn’t add in your other 1100+ points into models that will compliment the already powerful formation.  With the Skyhammer Annihilation Force we are seeing the beginnings of a purchase models for bonus in game perks marketing strategy from a company that has adamantly professed that they are not a rules company.. We have seen the devolution of the points system to balance the game and now we begin to see obscene bonuses in game as rewards for purchasing certain models.  I don’t know what it is but this latest release has just left a really bad taste in my mouth.  It’s just TOO blatant.  I’d like a little of wining and dining before heading to the bedroom, you know what I mean?  I don’t MIND Games Workshop driving sales to reward their shareholders. It’s what companies do. I just wish they did it in such a way that I didn’t know that they were writing rules for their game (remember they AREN’T a rules company) for the express reason of selling model kits.  It’s such a great universe they have created and there are so many thousands of fans throughout the world, it just doesn’t seem like it would be that hard to write balanced rules that drove sales as opposed to writing unbalanced OP rule sets to sell the models they were producing.

So how do you feel about this new ‘purchase models for in game special rules’ we are seeing come out of Games Workshop?  Do you mind the blatant financial incentives with rules writing or do you think a well balanced approach to rules writing would sell more models?

Leave a Reply to Ghost Valley