Hello everyone Frankie here to talk about the Guardian Cup that happened a few weeks ago. Head over to the Tactics Corner for more great tournament reports!

I recently attended the Guardian Cup and brought the Thunder with my nasty Thunderdome list. The Guardian Cup is a lot of fun and I would recommend it if you are near the Portland area. Portland is a fun city. Anyways, back to the Tournament! The talent at the event was high with players such as Ben Cromwell, Geoff Robinson, Jeremy Veysseire, and many more. I was feeling confident though with my Thunderdome as after a few test games it felt like it would be a meta buster! Let’s see how it did.

Game one I pull the one and only Tasty Taste and his double Dark Angel Deathstar. Haha, I’m pretty sure the Thunderdome can beat Dark Angels no problem. We get Emperor’s Will objectives, haha even better for me! I’m thinking to myself, damn poor Tastey Taste. I win first turn and he reserves everything but the main Deathstar with Celestine, Ezekiel, Azriel, some Sisters, a Priest and 10 tactical marines. Sounds like a nasty deathstar but I can take it. I rush two of the Thunderwolf units towards the star and the other goes the opposite direction towards a sister squad. His turn he casts invis on the Star and psychic Shriek on my closest unit and rolls a 17, haha ouch I lose 8 little wolves… that was rough but not the end of the world. My turn the Fire Raptor stays off which is fine. I am able to make the charge into his Deathstar with my front unit but unfortunately the back unit is not in range yet. The unit on the right side charges the Sisters and destroys them quite easily. The Deathstar starts eating away at my unit and does a few wounds to my Characters but nothing too crazy. I return the favor but am not able to hurt the unit since he gets a 4+ re-roll with the War Hyme.

His turn all of his reserves come on. His other Deathstar comes on the left side. The other units come out on the right. He gets Terrify off on the middle unit and they run back towards my board edge. He also casts shrouded on the bike Deathstar and Invis again on the Celestine Deathstar but unfortunately fails it. Now I just need him to fail his War Hymn. Close combat happens and I am able to kill a few marines he is able to take down one of the wolf leaders unfortunately as well. The Fireraptor came on and toasted one unit of bikes. While my middle Thunderwolf unit was able to make quick work of the other. The rest of the game was uphill for me since Tasty was making all of his saves and eating away at my units. The Game came down to turn five where I would lose by one point. If it goes on to 6 I tie and 7 would be up in the air. He rolls the dice and bam.. Space Wolves lose 6-7. 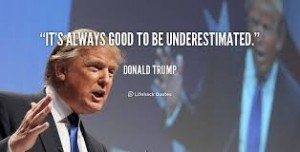 Game two there is still a chance to submarine my way to the top. Let’s get it on! I pull a Tyranid player with a very interesting list. He has the Deathleaper detachment, a few pods with 1 carnifex, the Zoanthrope unit, and a Tervigon. I should be fine against this list, which is why I don’t look at it closely. The Hive Tyrant gets the fighter ace upgrade to fly off the table, which is not a big deal since hes not the warlord. He infiltrates a bunch of Spore mines and Mucloids in a formation that lets them come back on a 4+. I charge all the units I can see and kill all of them only losing a few Fenrisian Wolves. His turn goes quick as he only has two units of Rippers left, one next to a Comms Relay. My turn the Fire Raptor stays off again luckily and I am able to kill one unit of Rippers. He gets all of his reserves but his Tervigon. Not bad. He is able to kill a Wolf Guard with his Mawlock but mishaps and I am able to place it right in front of  the same unit he deep struck on. The Carnifex and all the Lictors bring the pain and are able to bring a few of my Characters down to one wound. I counter charge with my warlord into the Carnifex. I  multi-charge the Lictors with another unit and charge the last  into the Mawlock. In combat he rolls for his Carnifex and does two wounds, at strength ten haha I ask how is he strength ten and he says crushing claws. Oops should have read his list! I fail one of the saves and give up warlord. That is about how that game went. I had a Lictor kill two of my characters in challenges and the Mawlock survived with one wound against 15 strength 10 Powerfist attacks that were hitting on 3’s. Haha oh well, when it rains it pours. The Tyranid player is able to table me on turn 7. Space Wolves lose 0-11 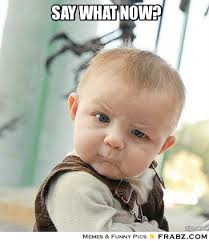 Going in to game three I am ready to have some fun and hoping the dice will flip back around. I pull a Whitescar list with Centurians in a droppod. Hmm, this game should be interesting I win the first turn and move forward. On his turn he drives right towards me.. interesting tactic and brings in his Tactical squad in the Droppod right next to me. He is able to kill a lot of my Fenrisian wolves. My turn two the FireRaptor keeps his form and stays off the table, haha could have really used his help. I charge forward and kill two bike units along with locking the command squad in combat. He tries to hit and run but fails. I’ve got this now, haha.

His turn the Centurions come in and kill two Wolf Guard. The other bike units are able to weaken another. His command squad gets evaporated down to just the chapter master. My turn three, come on Fire Raptor! Boom, I roll a 2, haha shit this is not going quite as I had planned it. I move two Tech Priests towards a Grav unit and one Wolf Guard towards the Centurions. I make the charge to the bike squad and am able to kill it quite easily. The Wolf Guard fails the charge and will be doomed next turn. I am able to bring the chapter master down and get ready to kill those centurions as well. He returns fire on turn three and  is able to kill both Tech Marines and The Wolf Guard battle Leader standing in front of him. I was so wrong about this game being easy. My Fire Raptor finally comes on and is able to kill a whole bike unit. I send two Wolf Guard towards the centurions and am able to make the charge, wiping them  out easily. I send the Techmarine with one wound left towards his scouts. His turn four the Thunderfire kills my Warlord and other Wolf Guard in the back field, haha wow. My turn five I need a miracle. My Fire Raptor is able to kill the two bike units on objectives. I grab another objective nearest to a scout squad with the Tech Priest and decide not to risk the charge since he has one wound left haha. The scouts shoot on his turn and are not able to kill the Tech Priest. I roll the dice to see if the game goes on so I can win one. Space Wolves Tie 6-6 haha just cant catch a break, and rolled a one. 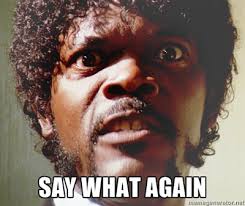 Game four is on day two and at this point im laughing and having a good time, can’t believe my luck so far. I pull a fellow teammate, Ben Schimmoller who tied his last game so he could play me haha. I feel good about this game as I have about the past few which is probably a poor start. He is running two power blobs, one with Dante and a Librarian, while the other one has Yarrick. He rolls up his psychic powers and of course he gets Misfortune which basically gives him rending against the unit he casts it on. Great, haha, I get the warlord trait to infiltrate which I decide to do. I am able to put my Warlord and two Wolf Guard on one Flank. Ben wins the roll to go first and throws a few pop shots into my warlord unit with lasguns and long range Sternguard. He is able to kill 4 Fenrisian Wolves which forces me to take a scary morale check. I roll box cars, baby… goodbye to three close combat bad-asses and my warlord. Guess I’m going to play this game on super hard mode. I move forward with the other two units and one is able to charge the Scouts he had infiltrated killing them very easily. His turn he is able to cast Misfortune on my unit that just killed the Scouts, and shoots the crap out of me with the back blob squad. He then charged into me and is able to wipe the whole unit with all those rending attacks and Dante. Lol, crazy, crazy luck. My turn the Fire Raptor decides this will be his game and he flys onto the table killing the Sternguard. My other wolf unit decides to charge into Dante’s unit and kill a few of them. But after 3 rounds of combat and misfortune again he is able to kill them. The Fire Raptor also gets shot down on turn five since I landed for line breaker. Haha, horrible showing for the Wolves thus far. Space Wolves 0-11. 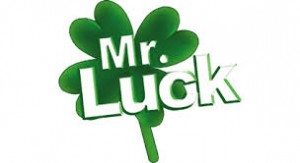 Last game I am beat and worn out at this point. I had just met one of our Twitch subscribers Stanyer89 the day before. He decided to come watch me play on day two and got a kick out of my poor rolling. I asked the judge if Stanyer could sub in for me and he says sure. Stanyer brought out his Blood Angel list and played my last round opponent who was playing Orcs. It was a fun game to watch and had fun hanging out with Stanyer. 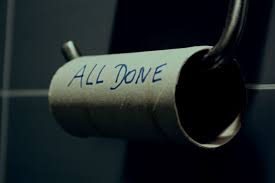 I ended up taking last place haha worst showing ive had at an event. Should get some new dice and work on some different strats with the list. But over all I had a blast got to meet a lot of new people and hang out with a lot of friends. That was a poor showing for the old Thunderdome but I was able to win the RTT I went to the week after so that is good, back on track. Anyways hope you all enjoyed and hope to see you all at some events very soon.