Rawdogger here to talk what we should expect to see with the upcoming Space Marine codex release.

Boy, how time flies.  It only seems like a couple years ago that we got a new Space Marines codex and were all mortified with how Centurions looked dumb and grav weapons would ruin the game.  What?  Oh that was only two years ago?  Really?  Oh geez.  Whatever, I still want a rockin codex with a hunky Marneus Calgar plastered right on the front.  Following up on the heels of the arguably most powerful codex ever created, Codex Craftword Eldar, it’s safe to assume that GW will be giving a comparable boost to their most valuable product line.  Here are some things that we will likely be seeing with the codex release. 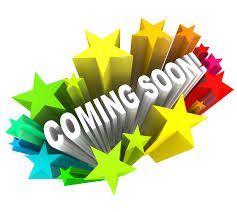 Tactical Marines with More Swag – Expect to see Tactical Marines with more heavy weapon options.  Most likely they will have access to the Heavy Flamer a la Blood Angel Tactical Squads as well as the Heavy Grav Cannon the Devestators are rumored to have access to.  As for the stats themselves I don’t think we will see a change in their point costs.  I think they are fine costed at 14 points anyways.  It would be nice if they came with a chainsword and a boltpistol but that might be asking too much of GW.

More Grav – It’s just like butter, baby.  Can you ever have enough Grav weaponry?  Any time I’m making a Space Marine army list I ask myself WWGD or What Would Grav Do?  I refer to Grav as a proper noun, by the way.  With an entire universe aiming to kill my strapping men, I need to use every gun in my arsenal to pound them into the dust.  Literally with Grav weaponry.  With the Mechanicum codex having heavy Grav weaponry (Torrent 4/6) it only stands to reason the Space Marines will also have access to this technology.  GW needs to sell those new Devestator kits somehow, right?  No way GW is going to create a new Tactical Marine box so it stands to reason that in order to sell more Devestator kits they would have them contain Grav Cannons so people would have to buy them for their Tactical Marines.  Why isn’t GW paying me for these ideas?

New Formations – Well duh.  We should be seeing some the Decurion detachments all the cool Necron and Eldar players are getting.  Most likely will involve a tax of some slow selling model kits.  I would assume either a Whirlwind or Land Raiders.  Smart money would be on the inclusion of the new Assault Marine or Devastators since they will be getting new model kits and GW will be keen to move them.   We will certainly be seeing some sort of Veteran formation with Vanguard and Sternguard where they ignore cover or armor saves or something.  It

Vehicle Squadrons – You know it’s coming.  It’s just like having your third heart attack.  Just relax and let it flow over you.  We will most likely see squadrons of Vindicators and Predators in the upcoming Space Marine codex.  Perhaps they will get an increased armor save for every model in the Squadron?  How about some BS5 while in the squadron?  Predators really need some lovin and this would be a great way to make them viable again.

Black Templars – Unfortunately for Black Templar players, the fact that there was not a Black Templar codex released before the Space Marine codex does not bode well for them getting their own treatment.  I just can’t see GW not including them and having a stand alone codex for the Templars further down the road.  That would just leave too many loopholes for people creating rip off Black Templar models and then saying GW didn’t have rules for them.   Hopefully they give them more than a couple of meh Chapter Tactics and meh characters and a meh special troop unit.

Legion of the Damned – I’m going to go out on a ledge here and say that the Legion of the Damned will not be included in this codex.  GW famously do not like having the same units in different codices so it stands to reason the only way to get these guys into your army is by purchasing the data slate.  GW GET SUM!

D Slaps – I actually don’t think we will be seeing any D weaponry in the codex.  I just can’t think of any platform the D would be appropriate on.  I know there was a big D panic as soon as the Eldar were released but you know what we didn’t see any in the Imperial Knight codex and I’m fairly sure there is none in the new Cult Mechanicum codex being released this weekend.  If you can think of a way for them to sneak the D in while we are sleeping let me know because I just can’t seem to figure out how to do it!

So what do you think of my predictions regarding the new Space Marine codex?  What are some the units we will likely see get a buff?  What will get the nerf?