Rawdogger here to do some ruminations on an idea I’ve had kicking around in my head for the past couple weeks.  Unless you’ve been trapped in your basement for the past several months, chained to a radiator while a guy in a gimp mask gently slaps your supple body with fig leaves, you might have noticed a distinct change in the way Games Workshop has been writing rules and marketing their miniatures.  The pace of new models and codex releases has been breathtaking to say the least, with a pre-release then release happening damn near every weekend.  Not only have we been seeing these releases come at record breaking speed, but the power levels have never been higher and the point values of models in these new releases have never been lower.  As my dear old Grandma would say, ‘what up wit dat’? Something about the way these codices are being released and the extreme power levels we are seeing with the units inside them has really caused a nagging feeling of déjà vu.  I’ve had a really hard time not drawing parallels to the current releases in Warhammer 40k to the doomed 8th edition Warhammer Fantasy release. 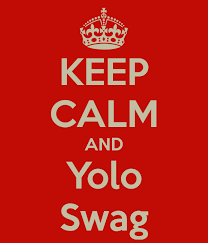 Look, we all know that 8th edition Warhammer Fantasy was designed to make money.  Games Workshop is a business whose sole purpose is to pay dividends to their shareholders.  That’s it.  They don’t care that your Iyanden supplement is now obscure.  Do you have any Terminator models at all?  Who cares?  The faster we all just accept that everything they do is to make their company money the faster we will all enjoy playing with our little army men and having a good time.  When 8th edition Fantasy broke, Games Workshop suddenly gave us the ability to make unit sizes as large as we wanted.  How nice of them!  You want to buy 20 boxes of 10 Witch Elves at $60 a pop?  Go ahead, YOU CAN DO THAT NOW!  Not only did they give us the ability to take these massive units but taking those units gave obscene benefits such as becoming unbreakeable and granting additional attacks.  Now, let’s take a look at the new ‘Decurion’ type detachments that have become the norm since the Necron codex was released.  Again, we have the situation where players are rewarded with obscene benefits that are unlocked by taking these detachments and formations that force the purchase of specific models.

You Haven’t Even Seen Me Assume My Ultimate Form, BRUH! 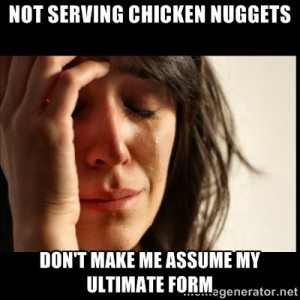 Fairly soon after learning that Games Workshop gave us the amazing option of taking 200 model units in 8th edition Fantasy we learned exactly why taking these large units was not only beneficial but almost necessary.  Why was this?  The Winds of Motherfucking Magic, that’s why.  8th edition saw the unveiling of fantastically powerful spells that you had absolutely no way to stop from happening (double 6’s all day BIITCHH) that would remove large swaths your models per magic phase.  Does that sound familiar to you?  Hmm, what can I compare spells that remove large amounts of your models or THE WHOLE UNIT on the roll of two 6’s to a current horrible rule mechanic in 7th edition 40k that has seen an upsurge in popularity?  OH THAT’S RIGHT THE NASTY D.   We have also seen the rise of units putting out a horrible amount of firepower for a very low point cost in the recent codex releases.  Both the prevalence of D weaponry as well as the increased damage output coming from basic troop units points to Games Workshop’s idea that because you’ll be picking up your dead models at a record pace, you’ll need to have more units on the table when playing your game. 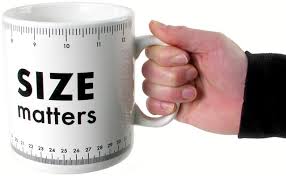 Don’t listen to what your wife says, bigger is definitely better.  At least in the way Games Workshop envisions how you’ll be playing Warhammer 40k.   For a company that makes a profit selling miniatures it should come as no surprise that in order for them to continue making a profit selling miniatures they need to scale up.  Even Privateer Press is guilty of this.  Remember when they first started out and 35 points was the typical game?  It’s now crept up to 100 points.  In 8th edition Fantasy we saw the unfortunate decision to lower points costs and reward the taking of large units.  While this might have been good for the bottom line at first we ended up with End Times, so what does that tell you?

What The Hell Am I Getting At? 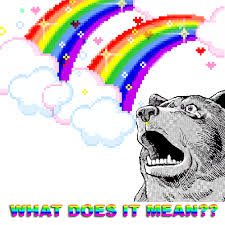 For me, all the points above are seen as a positive.  A financially healthy company is a stable company and despite all of my cynicism about Games Workshop’s motives Warhammer 40k is still my main love.  My biggest fear is that they will go overboard like they did in 8th edition Fantasy and get too greedy.  I hope that the prevalence of the D and the increasingly hyper powerful and low costed unit entries won’t drive people away from my beloved hobby.  I personally believe that if they would focus more on balancing 40k they would sell more models by getting more new players into the game as well as keeping the current player base from leaving.  They have the best fluff of any games company as well as the largest player base of any system and if they would just listen to what the players say and balance their damned game I think it would get them a lot further letting Eldar Jetbikes take heavy weapons on every model in their unit since they want to sell the new kits.

So what do think?  Do you see any comparisons between the marketing of 8th edition Fantasy and the current Warhammer 40k releases?  Is it necessarily a bad thing?