Recovering From the Crash and Burn: The Ballad of CaptainA and the Betrayal of the Dice Gods

You are here: Home › Uncategorized › Recovering From the Crash and Burn: The Ballad of CaptainA and the Betrayal of the Dice Gods 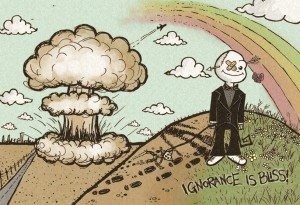 I’ve been on a roll lately. Did well at LVO, won our local league only playing 3 out of 4 games, and have been winning a lot overall. It feels good to win, heck it feels great, but any winning streak will eventually come to an end. For me, it came fast and hard and out of the blue.

This past weekend I had the opportunity to go away for the weekend and hang out with 40k friends at Just A Games Con in Corvallis, Oregon. Friday and Saturday were spent celebrating the birth of the young Mr. More Tanks, playing games and eating terrible Thai food, with Sunday dedicated to a small three round tournament hosted by a local convention at the Elk’s Lodge.

Even the day before I was rolling hot with my Censtar list, hitting my deep strikes and causing mayhem as can be seen here in my battle with Mr. More Tanks!

When I heard it was at the local Elk’s Lodge, I was a bit skeptical as when I think of a place like that I think of my Grandpa who was a Knights of Columbus member (think Catholic Elk’s Lodge) and his tiny hall where they held pancake breakfasts and drank in the bar. Well this place certainly had that vibe, but it was actually quite large and could easily host a very large tournament if it had enough players. Bonus points for serving food and beverages on sight making lunch easy and the French Overlord plied with whiskey.

I had a couple of practice games in with the new ITC missions so it wasn’t wholly unknown to me and had been doing consistently well so I felt confident in my ability to give each game a go and have a shot at each game. Apparently I had offended the dice gods as they left me cold and bitter on the side of the road hitching a ride to loserville.

My first game had be against Baxter from Mugu games. He was running CAD Necrons with allied Necrons and had Immortals in Night Scythes, 2 fat squads of Wraiths, 3 squads of 2 Heavy Destroyers, Zahndrekh, and a couple of squads of Tomb Blades. My first turn I put the hurt on one of the Wraiths whittling it down pretty good, but things wen’t downhill pretty fast. Baxter was just hot with his reanimation protocols and the Centstar totally underperformed. I struggled to get any Maelstrom points and even with his MSU Necrons, just couldn’t take down his small squads. One round my Centurions unloaded into a squad of 2 heavy destroyers and I think only one died. Last turn I went for the gusto to win the primary and get some points and put something like 15 ap2 wounds  and 18 normal wounds on Zahndrek, and Immortal, and a Cryptek in the open and only killed Zahndrekh and an Immortal. 4 ups like a boss son! Down in flames I go. 1 point.

My second game had me against Battle Brother Sam whom we have known each other from the Guardian Cup. He was running 4 Flying Tyrants, a Barbed Hierodule, 5 Ripper squads, and a Malanthrope. I’ve played this game before against Geoff’s Tyranids and when I didn’t get Perfect Timing knew I was in for a difficult game. My first turn saw a couple of wounds on the Hierodule (the only thing I could see) and his first turn saw two Dreadknights go down to dakka fire. Ugh. The Censtar got stuck in the corner for a couple of turns and when it finally made it out, misshaped and went off the table into reserves. Sam’s next turn had him take out the rest of my army and resulted in a tabling. 0 Points.

Bottom table! My last game was against a new player to the Portland scene with Steve bringing a Space Wolf and Space Marine list. First turn saw Loth perils and lose Invisibility first turn. That was…hilarious.

Things were going pretty good in the beginning but quickly soured as the Centurions just failed their two up saves and got whittled down to nothing. The biggest problem though was his Thunderwolves. I assaulted them with two Dreadknights and in the ensuing rounds of combat did something like fifteen strength 10 wounds but he only failed one 3++ from that unit. They punked the Dreadknights and went on to rampage around as my backfield crumbled and my Star just couldn’t put out enough damage with the one or two Centurions left. 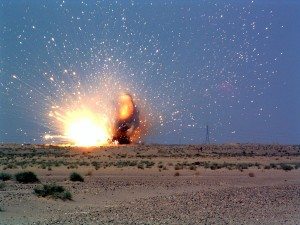 Oh man that was rough! My opponents were all good guys and I did my best to keep my chin up. It was humbling for sure. I had all kinds of mixed emotions from wanting to chuck my army into the trash bin, burning my dice, quitting 40k and taking up knitting, all kinds of things. So what is a playah to do in dire times like these. Here is what I’m trying to get my mojo back and not take the losses to personally as well as some suggestions I think many players need to adhere to.

So those are my thoughts and experiences about this past weekend. I still had a good time, but it was certainly a blow to the ego. I just plan on moving forward and looking for ways to have fun with this hobby and game instead of making my wins a part of what keeps me going.

Posted on April 25, 2015 by CaptainA in Uncategorized

13 Responses to “Recovering From the Crash and Burn: The Ballad of CaptainA and the Betrayal of the Dice Gods”