by Novus (with great input by Chris Loomis)

I consistently get my PHR ass handed to me by Shaltari because of their speed, particularly on Objective (or Intel/Objective) based missions.  Meta is that you should go for killing the gates, but if you’re playing a smart player that may not be possible.  So, I’ve been thinking on ways to emulate their Shaltnanigans.  A couple of days ago something my gaming buddy, Chris Loomis, said crystalized my thinking.

The main issue for non-Shaltari factions is that once you grab an Objective and take it off the map to score that second Victory Point, your unit probably won’t be back in the fight for another 2 turns, maybe more.  In a 6 turn game that’s a lot of absence.  Here are three ways I’ve been thinking that may combat that lack of presence.

Waiting At The Finish Line

Leaving the map is the problem, right?  So don’t leave the map.

Use your backfield units as a collection point for Objectives and drive them off the map on the last activation of Turn 6.  Or earlier if things get hairy.  Great backfield units for this could be a pair of Taranis (Artillery) or walk-on Phobos (long range AA) or Hyperion (long range AT).

This would then leave your troops free to head straight back to looking for more Intel and Objectives.  Your unit with the Objective is out of the fight for only 1 turn after they initially grab it (just like the best case when leaving the map).

They have to embark, travel to the collection point (just like if they were going off the board)…

… and then disembark to drop it off (out of the fight for this turn only).

Then they get back to work on that front line (just like leaving the map, except without the die rolling)!  Keep in mind that for your Reserves roll you would have to roll a 6 for this unit to come back in that quickly!

The big risk here is that troops in the open are easy meat.  Once they disembark, they are vulnerable.  If they can enter a building and then pass from the building to the collecting unit(s) you can breath a bit easier.

You could also hold an empty ground transport, like a Juno or the Invader above, in cover near the board edge in this same way.  Even if the troops are dead the transport can still be useful!

Also, a pair Janus could be amazing collectors.  They are relatively cheap for PHR, have token AA, a fair move at 6″, and they use Tritons for transports (20″ move).

This first one is the safest tactic of the three because it keeps the Objectives as far from the enemy as possible without dealing with exiting then having to roll for Reserves.  Typically, you have multiple backfield units (Taranis come in pairs, as do Phobos) so it’s less risky, but it’s not fool proof.  They can still get sniped, leaving an Objective (or more than one!) sitting in the open mere inches from the board edge!

Being Ballsy And Blobbing Up

If you’ve found a couple of Objectives quickly, try to have your troops/transports meet up and consolidate those beauties.  Then have one unit run them off the board or cart them to a collection point.  The remaining troops can go look for more Objectives.

The main thing here is to move the troops that found an Objective over to your troops that are struggling to find one. In later turns they can give the slow pokes a hand and help fend off any enemy troops by manning the walls or pitching in during CQB.  More dice on the search rolls means a better chance of finding it!

Also, splitting a ground transport off and making it slog to the board edge may not be such a bad idea either.  That way you can keep your air transport, along with its attached ground transport and troops, focused on collecting more Intel/Objectives.

Be sure to leave enough time to get them off the board, too!  Being 18.5″ from the board edge with a 6″ move at the end of Turn 3 will leave you twisting in the wind at the end of the game.  You’ll be just half an inch short!  Plan ahead!

It is also important to note that if your blob gets wiped out during CQB any Objectives you collected would be handed to the Enemy.

Conversely, that same CQB will be tougher for the enemy to win due to your now bolstered numbers.  Also, any squads that die or run and drop their Objective automatically hand it to a friendly squad in the building.  As long as you have a surviving squad in the CQB (or better yet, you’ve won the CQB), you’re golden! 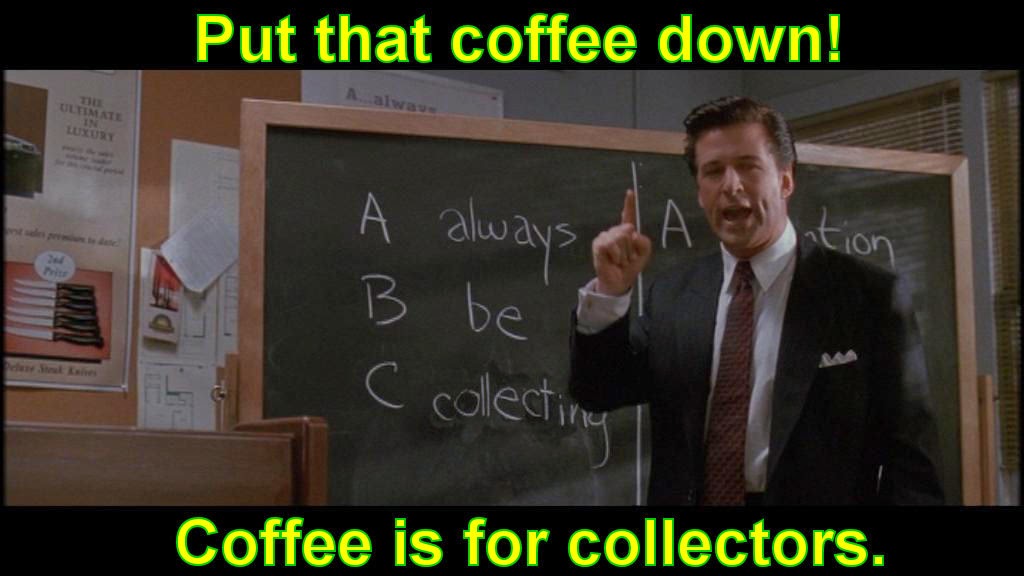 My first instinct when I find an Objective is to get it off the board ASAFP.  In a tournament setting getting some points is ALWAYS better than getting no points, right?  Maybe.

If you have an Objective in hand early in the game and you are somewhat confident that you have the opportunity to search a few more Intel/Objective points unmolested by enemy troops, you should.

Say something crazy happens and you roll well on searching those Intel points and you suddenly have 3 troops with objectives on Turn 4.  Chances are, if you move all of them off the board your game is over right there.  You will likely only ever score those 6 points during this game due to having to roll for Reserves to bring them back on.

How often when fighting Shaltari will you need more than 6 points?  My experience leads me to answer, “Quite often.”

For example, my last game against Shaltari I lost 4 to 7 as my opponent found 5 pieces of Intel and 1 Objective by Turn 4!  Had my first bit of Intel not been a bomb and had I not made one of my Triton/Immortal units fly off the board, I’m pretty sure I could have maybe tied.  If I was lucky.  Point here is, once those Immortals flew off on Turn 3, it was very unlikely they were going to contribute to my score after that.  They needed to stay in theatre and collect.

Flying to the middle of the table gets you to the enemy ASAP, but doesn’t get you Intel any faster.  I would argue that you should avoid CQB because it really has nothing to do with the Intel/Objective based mission goals.

Again, you do run the risk of an unfortunate mishap occurring and losing any Objectives you may have found but I think a possible win is better than a sure loss.

I have yet to try these, so they are merely theories at this point.  But, with the Leviathan campaign over at EndGame this weekend being Intel based, I’ll likely get at least two chances to try these theories out.

Check out Emulating Shaltnanigans – Part the Second to see the results!

Posted on April 17, 2015 by Reecius in Dropzone Commander, Tactics

← Star Wars: Armada hands on
Eldar Pre-Order Special is a go! Save up to 25% off your entire order! →

Leave a Reply to Rich with GSI