Eldar, the ITC and the Dirty D: Keep Calm and Carry on 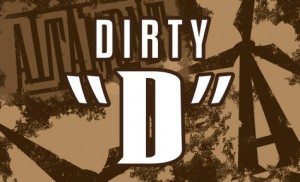 My email inbox has been blowing up in response to the rumors that the new Eldar codex heading our way is riddled with ye old dirty D, and what that means for the ITC format. Read on, and be calm.

For those of you who do not know, the ITC tournament format had a vote to not allow ranged D weapons as players felt it was a bit much for tournament play. Shortly thereafter we started seeing rumors, strongly supported rumors, that the new Eldar Codex will have a great deal of D weapons in it. In fact, if these rumors are true, you can dang near build an army where every single model has a D slanger. My feelings on that intelligence of that game design decision aside, it presents a quandary for the ITC as it would mean a great many units would not be allowed to be played.

The ranged D question as it was presented during the vote really only applied to a handful of units that had very powerful ranged D weapons, primarily the Lynx. That was the context of the meta when we all voted. However, if these rumors are true, that is obviously no longer the case. The last thing we want to do is prohibit entire builds from being played in the ITC format, and in this new environment, we will most likely have to alter things a bit.

So, firstly: remain calm. No reason to freak out yet, we don’t even have the codex in our hands. Secondly: the ITC format is flexible, we designed it that way as this is not the first, nor will it be the last time GW has thrown us a curve ball. We’ve learned to just roll with it.

The game plan is to wait till we have the codex (assuming it is in fact coming out, soon. As always, keep your eye on GW’s site for verification). Obviously. Then, we will take a chance to check it out, verify rules, look at points costs, etc. and then determine what options make the most sense for the community. We’ll revisit the ranged D issue and see what direction to take, assuming that these rumors are even true and that the Eldar will be “Lords of the D!” I can say going off of past information, that a majority of folks will still not want to play with ranged D as it is written. The fact that there may be more of it is certainly not going to make it more appealing. In my opinion, it will if anything turn folks off to it even more when they are getting D slapped all over the table! However, that is just my opinion on the topic and I could very well be wrong. I remain patient, waiting to see what we actually get (again, we have no idea what will actually happen just yet). When the time comes to readdress this topic, we will be open to a large number of potential solutions and go with what the community wants. Also, we are working with polling professionals to make sure the questions are presented in ways that result in clear cut answers.

Another benefit to this situation, is that it gives us a good reason to come back around to one of the topics in the last poll that was left with a bit of ambiguity: how many detachments to play with in the ITC? The way I worded the question, we did have a plurality vote, but the results left the question if the winning answer (2 detachments) was what most players actually wanted. This is a perfect opportunity to present that question again, sooner than we thought we would be able to, to really get a clear-cut answer to that, and remove all doubt.

So, this is a positive situation. It gives us all the opportunity to adjust to changing conditions and to clarify some issues that were left a bit clouded.

Thanks for your attention, back to gaming as usual!

82 Responses to “Eldar, the ITC and the Dirty D: Keep Calm and Carry on”