You are here: Home › Uncategorized › Warzone Resurrection: An Introduction Part 1

Rawdogger here to talk about an up and coming table top miniature game that I think you all should check out, Warzone Resurrection. Some of the grey beards reading this article will recall that the original Warzone: Mutant Chronicles was the Warmahordes of the mid-late 90’s. In it’s heyday Warzone, then produced by Target Games, rivaled Games Workshop in it’s appeal and popularity to the sci-fi table top miniature market. After a disastrous restructuring of Target Games, Warzone faded into obscurity just as it was beginning to build a sizeable fan base. Warzone’s mythology has always held a special place in my heart since it was my first introduction to table top war gaming. When I was around 13 or 14 years old I was attending a summer camp and one day noticed a father and son cleaning and gluing metal models on a picnic table. I was familiar with Warhammer and Warhammer 40k but being a young lad with little to no income I was content with looking at the models in my friend’s White Dwarf. Now here was a game that offered similar aesthetics to 40k but was squad based and could be bought at significantly less cost. Huzzahs were had by all. When I read that a company called Prodos Games was running a Kickstarter to – ahem – resurrect my beloved Warzone I couldn’t have been more excited. While the storyline and the game play of the original Warzone were fantastic, the models certainly left a lot to be desired. Imagine the fashion of the early 90’s in model form and you will get the picture.

In the first part of this introductory series of the game Warzone: Resurrection I will be going over the setting and factions of the game. In part 2 I will be moving on to game mechanics and I will be wrapping up the series in part 3 with a battle report. So let’s cut the jibber jabber and get it on! 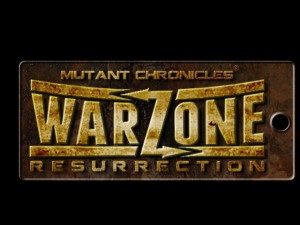 Warzone takes place at the dawn of the 24th century. Mankind has long since stopped being a people of different nations and has become a race of people allegiant to various corporations based loosely on Earth’s previous nations. These corporations are named Capitol (USA), Bauhaus (Germany), Mishima (Japan) and Imperial (UK). Earth itself was stripped bare of all resources by the end of the 21st century and the major corporations packed up all essential and important members of their organizations and fled the dying planet. Each corporation picked whichever planet they could get their hands on and began terraforming them to be habitable for humans. The level of technology of mankind during this time was such that planet terraforming and the creation of advanced A.I. were commonplace. Eventually an Imperial exploratory fleet reaches Pluto and in the course of terraforming a large metallic tablet is discovered. As soon as the tablet is touched a dark force spread out from the tablet into all reaches of the solar system. This force, called the Dark Symmetry, infects mankind with a kind of madness as well as corrupting the A.I. systems of the corporations. Mistrust and paranoia spread to the point that the corporations are soon at war with each other. The A.I. and advanced technological systems fail and the corporations are forced to re-engineer their technology to pre-solar expansion levels. The warfare goes on for 40 years until the first Cardinal comes forward to unite the corporations against the growing physical threat of the Dark Symmetry, now called the Dark Legion. Beings straight from the nightmares of mankind, the Dark Legion are consumed with the wiping out all life from the solar system. Led by their Dark Apostles, the Dark Legion is relentless in their goal and with the corporations constantly bickering and fighting amongst themselves the future of mankind looks grim. 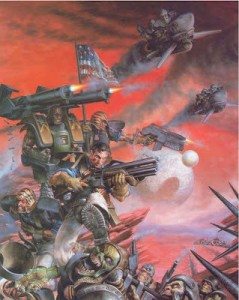 Capitol – Capitol was the first Megacorporation to fully appreciate the commercial viability of colonizing the solar system. Taking the initiative, they invested a massive amount of resources in the construction of a permanent launch facility and resource depot on Earth’s Moon (Luna). Their investment paid huge dividends as traffic throughout the solar system increased and all of the Megacorporations began using the Capitol base. They developed a reputation for logistical expertise that persists to this day, for their supply lines and rapid deployment record is by far the most impressive of all the corporations. 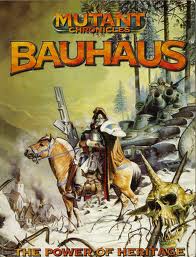 Bauhaus – From it’s beginning, The Bauhaus Megacorporation had a well-deserved reputation for engineering excellence and now, nearly 1400 years later, this reputation still holds true. During the colonization of the solar system, all the Megacorporations employed their skills in the construction of ships, atmospheric processing plants and gravity regulators. In addition to their industrial reputation, they were also recognized for their honourable business ethics. The Bauhaus Megacorporation rarely offered the most appealing deals and they were never the cheapest, but agreements signed with them were always honoured. 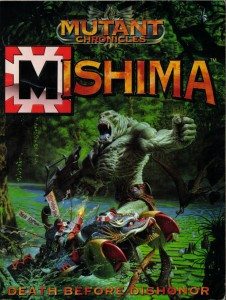 Mishima – Of all the Megacorporations, Mishima holds itself most closely to the ancient traditions of its origins.Mishima suffered badly during the Fall because so much of their wealth had been accumulated through the design of microprocessors and the generation of powerful AI’s. But as history has repeatedly shown, Mishima has a remarkable capacity for resilience. Their adherence to duty has seen them accomplish many things that other Megacorporations considered impossible, not least of which was the successful settling of the infernal world of Mercury. 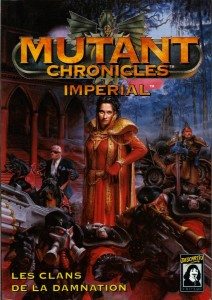 Imperial – For all the achievements of the Imperial Megacorporation, their history is forever darkened by events that changed the world of mankind forever. During the pre-Exodus migration from Earth it was the navigational space-faring skills of Imperial that allowed it to rise in power until it was on a par with the other Megacorporations. Although the smallest of the Megacorporations, their imperialistic nature has allowed them to keep step as the great powers of the solar system jostled for power. Their success is due to the caliber of the common citizens and not to the corporate leadership, which has earned a well-deserved reputation for bad judgement. 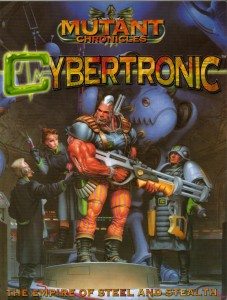 Cybertronic– Compared to the other Megacorporations, the history of Cybertronic is extremely short. However, in the 160 years since they reached Megacorporation status they have had a huge impact on the solar system. The Megacorporation had its beginnings in a relatively unknown company called Cybertronic Investments Inc., with a dubious reputation for developing technology in violation of Brotherhood directives. 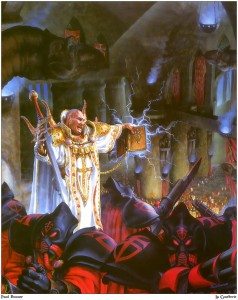 Brotherhood– It is said that the formation of the Brotherhood rewrote the course of history. The Brotherhood was formed in 2275 A.D. by the first Cardinal, Nathaniel Durand, following the end of the First Corporate Wars. It’s foundation drew all the Megacorporations together into unity. A new calendar was created in the year of the Cardinal’s inauguration and dates were henceforth written as Y.C. -In the “Year of the Cardinal”. From it’s earliest days, the Brotherhood established themselves as a martial force and not simply a clerical order guiding humanity with words of wisdom and peace; the times are too dark, the enemy too prone to slaughter for such a charitable expression of faith. Did not the Cardinal himself lead an army of thousands against the “Apostle of War” and did he not smite down and cleave into bloody ruin many a hell-spawned demon sent against him? He did; and as in all things, the Brotherhood follows what Cardinal Durand taught them. 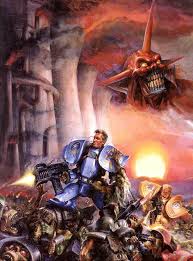 Dark Legion– It was the Imperial Megacorporation that first discovered and disturbed the Steel Tablet on Pluto and thus releasead the “Dark Symmetry” into the universe of mankind. But this cannot be seen as an accident, this was no chance discovery. Besides the natural curiosity of man there was something else at work, a hidden force acting on the Impeial “Conquistadors” like the lure of a serpent. When the doomed “Conquistador” touched the Steel Tablet it was like the tolling of a mighty bell, a resonance going out into the void but it was also a sign, an omen declaring that the fruit of mankind’s soul was ripe. A soul swollen by greed, ambition and betrayal, the human race had finally proved itself a worthy sacrifice to the “Dark Soul”. The “Dark Symmetry” spread throughout our reality warping it to the purpose of the “Dark Soul” and rendering a large part of human technology so maliciously unreliable that to use it was to court disaster.

Posted on February 7, 2015 by Jason in Uncategorized