Are Removed from Play Attacks a problem in 40k, or fun? 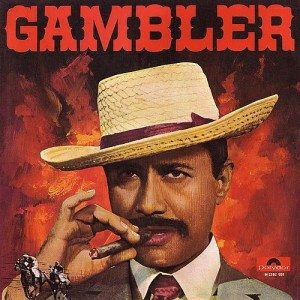 Hey everyone, Reecius here to discuss a hot topic in our favorite pastime: removes from play attacks.

First of all, what is a “removes from play” attack for those that may not know? It is very much what it sounds like: an attack or action that causes the target to simply be removed from the game with no saves of any kind allowed. These are the most devastating attacks in the game.

Back in the old days, we didn’t have too many things that could outright remove a model from the game. Jaws of the World Wolf was the worst offender and even then, I think it is safe to say that most folks considered it to be a bit much…unless you were the Space Wolf player! I joke of course, I played Space Wolves and felt that JotWW was way over the top, as did many others.

Now though, we have a host of things in the game that have the removes from play effect. Primarily we see this in D weapons and stomp attacks. They may not have that exact wording, but their effect is identical or near enough. While D weapons specifically have been toned way down, they still have that nasty sting that can end a game decisively.

When either a D weapon or a Stomp rolls a 6, they erase what they hit, ignoring saves. What this results in is a very large “gamblers” effect on the game. I have seen quite a few instances where one players rolls a 6 and in effect, wins the game. Or, in reverse, where a player fails to roll a 6 and loses the game. What I mean by this is say, you are playing against a Knight, and assault it with your Chapter Master on a bike with command squad. The Knight stomps on the unit, rolls a 6 and your Warlord is now a greasy stain on the ground, regardless of his EW and 4W.

With ranged D weapons, this can be even more pronounced. In the example above, the Marine player would have at least been able to swing as he got splattered. With ranged D attacks, if you have nowhere to hide, it can be brutal.

What do you all think about this? Do you enjoy that random element of high risk, high rewards? Or do you not like the fluky nature of removed from play attacks?

47 Responses to “Are Removed from Play Attacks a problem in 40k, or fun?”