A Different Perspective on The Spearhead Formation…Of DOOOMMM!!! by Pascal Roggen

You are here: Home › 40K › Editorial › A Different Perspective on The Spearhead Formation…Of DOOOMMM!!! by Pascal Roggen 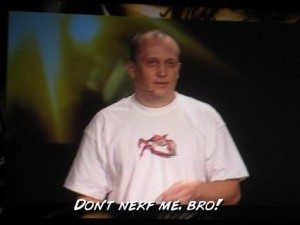 It’s always good to get different points of view on hot topics. Dedicated Blood Angels player, Pascal has written in from New Zealand to share his thoughts on the recent debate over the Blood Angels Spearhead Formation. I know folks have strong feelings on this, so please keep in commentary civil. -Reece

Hi there, Pascal your friendly traveling New Zealander is here to calm your frayed nerves about The Spearhead Formation…Of DOOOMMM!!!

For this little article I am taking the formation entirely RAW. The teleport homer rule is entirely separate from the angular triangulation rule. i.e. it works the moment you are on the board[The teleport homer for the cerastus assault ram also allows for this, if you want precedent]

For me, and you :), this formation has a rather large number of downsides.

There have been complaints that it could simply take a unit off the board without being able to play it. That very complaint could be levelled at powerful shooting units, especially ones that can ignore cover. There is ,however, no real downside to having a powerful shooting unit. They don’t have to roll to see if they get on the board, they don’t force you to arbitrarily take a large amount of sub par units in transports they don’t want to be in and they can do it from across the board with no immediate threat of retaliation from short range powerful guns like melta or plasma, or just weight of fire like ordered lasguns in AM, or etherealed fire warriors. Let alone an actual powerful counter assault unit.
Also, you can not use overwatch or interceptor against shooting attacks or fail a 3 inch charge…. to shoot.
Even assuming everything goes perfectly, you roll a 3+ on 2 dice and the three ravens come in. At best you will get 3 dreadnoughts [Cassor, a Furioso and a Libby Dread most likely] in possible assault range or 2 assault units [Death Company, a squad of 5 Termies, Veteran Vanguard??] coming down in pods turn one, anything else is too expensive to take or not good enough in assault to warrant. 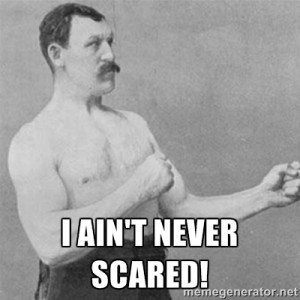 3 Dreads are scary, if they make the charge and get past interceptor and overwatch. If they can target a good unit. Blob guard will ruin them, Fire Warriors with EMP grenades are death [but really the interceptor will probably kill them first], Gants screen well, Carnifex’s or GMC’s will end them, Drop marines have a 50% chance of not being there or just throwing chaff in the way, Eldar…. are Eldar, there are soo many ways of dealing with assault, any lingering memory of 5th ed outflanking assault will serve you well, but now there are more tools to deal with it.
Really … maybe Death Company are worthwhile? 5 man Termie squads are fairly easily to deal with and they can’t run down a unit. Veteran vanguards may have an actual use?? multi charge could happen:) but then they have no jump packs. Best scenario?? getting to assault a super heavy lord of war that has no bubble wrap, or expensive elite units… that are bad in assault and can’t hide or be placed on the 2nd or third floor of a ruin or have no bubble wrap….so an all tank AM army… maybe?
You may ask, why I am focusing on units that can be placed in drop pods “A Large unit of hammernators with a priest + some other character would be amazing!” “Jump pack units of VV or DC would still be mobile afterwards”etc. etc. It’s just another point of failure in an already very risky proposition. If you fail that initial reserve roll, you can wipe yourself and auto lose. Or you could leave so little on the board it’s easy for your opponent to wipe you. You might well be left with having to drop a pod with something that can no longer assault, lowering the amount that can actually use Angular Triangulation. If you make the reserve roll and are waiting for turn two assault units to arrive, they can fail their reserve roll or you can simple get shot out of the sky [killing the Tacticals inside] before they arrive. This has already gone on too long and I’m rambling;P [I’ve just been on tour and my brain isn’t helping]
Enough with the freaking out. If you really want to complain… write up some lists, play it against the same [skilled, hopefully] opponent 3 times using the different deployment types at 1850 or less then come back.
Personally, I love that it’s possible to assault off of Deep Strike. They have included a heck of a lot hoops to jump through to do it which is also great. At 1850 or less, It’s a choice, most likely  not the best one, but you’ll probably win a few games if you play well and your opponent is surprised.

At least it isn’t as terrible as the sanguine wing formation, what a poisoned chalice that thing is yeesh.

So there’s Pascal’s opinion on the topic. Do you think ruling on topics like this should bring into consideration factors like how the rule in question applies to the game or looked at purely as a rules question?

37 Responses to “A Different Perspective on The Spearhead Formation…Of DOOOMMM!!! by Pascal Roggen”

Leave a Reply to Fagerlund