Do you like using Lords of War in 40K? 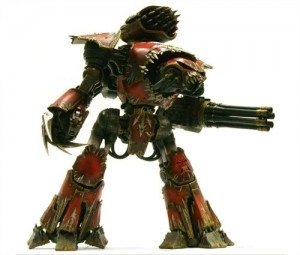 Hey everyone, Reecius here to discuss Lords of War in “normal” games of 40K.

7th ed dropped the bomb on us so to speak when they opened the game up to Super Heavy lords of war. We’ve had them for a while now and for the most part, they have been accepted; largely due to the popularity and success of Imperial Knights. While those are very balanced for normal play (IMHO), some of the other super heavies are much, much more powerful and can still throw off game balance.

Have you all found that super heavies dominate your games, or have they served to compliment your games? I have seen a bit of both. Many of the lists I play against that have a super heavy are built around that model. In those instances it really feels like playing an old school game of OGRE, where your army is fighting to take down that one, single model. This actually can be a lot of fun so long as the super heavy isn’t invulnerable to your army or nearly so, as you can wear it down. If you are not equipped to deal with it, it feels like playing against a death star (which it essentially becomes in that instance). That is a lot less enjoyable. As I have said many, many times, any instance in 40k that results in non-participation for one of the players is not good and should be avoided if possible. Sometimes it just happens due to list mismatches, but when you can build into your list the ability to create an untouchable unit or combo, that removes skill and fun from the game. 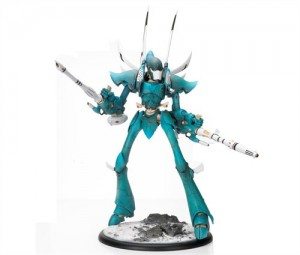 The flip side of the coin is that these armies built around their super heavy are really vulnerable to rock, paper, scissors syndrome. If someone has the ability to deal with the super heavy, they typically win quite easily. Often things like Drop Pods are what cause this, but there are lots of other examples. This can create really lop sided games in the other direction.

Lastly, when both players have super heavies, they things are often to powerful that they can obliterate one another in a single attack and when this occurs, it can lead to really short games.

We’ve chosen to go with a restricted list of lords of war for our events and have slowly been letting more units in as we go. That has worked quite well for us and lords of war have been a lot of fun in our events but have not dominated them. How is your local area handling them? What is your opinion on lords of war in “normal” or tournament 40K?