40K Rules: Invisibility: To Nerf or not to Nerf? 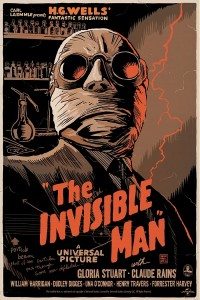 Hey everyone, your friendly neighborhood gamer, Reecius here to discuss a topic that has been on a lot of folks minds since 7th dropped: to nerf Invisibility or not.

First of all, what is invisibility? It is arguably the most powerful psychic power in the game of 40K. It is in the telepathy school, power number 5, costs warp charge 2, and is a blessing that targets a single friendly unit within 24.” That unit can only be hit by Snap Shots and is hit in close combat on 6’s.

This makes a unit nigh-invincible. As you can only hit it with Snap Shots, you cannot target it with blast or template weapons. It also means normal shooting attacks hit on 6’s, same as with a flyer, and in assault, 6’s as well.

Now, what we’ve seen in the tournament scene, is that many top lists revolve around this one power. It is a bit disconcerting when an entire list strategy revolves around getting a single power, and then successfully casting it. Tossing ALL your dice at it, disregarding perils, simply to get a single game winning power off with consistency in every game of a tournament is a sign that something is amiss.

If you have an army that relies on blast or template weapons to deal damage, you are in a tough spot as you can’t even impact the target unit. If you rely on assault, your damage output will be reduced to a fraction of what it was.

The issue is exacerbated by the fact that often, the unit that is the target of invisibility is extremely powerful, often a deathstar. These units are brutally difficult to deal with sans invisibility, with it, you often can’t do anything to them at all. Plus, WC2 is comically low for a power this impactful. Haemorrhage, a stinky witchfire, costs WC2 as well and that these are equally costed is hilarious.

This non-participation in the game is fun-killing. Yes, I understand that many folks believe you should play the rules as the lay, and you know what? That is cool, too. But for organized play, where folks make a long–often expensive–journey, to come and play, having a game where you can literally not impact a unit that steamrolls your army is no fun. Having an army that does well simply because the other player literally couldn’t hurt a steamroller unit is lame. And let’s face it, 7th ed REQUIRES you to alter or choose to omit some of the rules in order to even play the game in an organized setting.

So, in order to create a more enjoyable environment for a larger number of players, we propose nerfing Invisibility as follows for our events: the target unit is hit at BS1 in shooting and on 5’s in assault. What this does is double the amount of close combat attacks that will hit an invisible unit, and it allows templates and blasts to hit them, too. We do not say hit at WS1 in assault as it means the target unit would actually get an offensive buff to hit enemy units always on 3’s.

So, it is still an incredible defensive buff, but not so over the top as to throw the game out of balance. Also, our gaming brothers and sisters over in the UK are already using this nerf in many of their organized play events and it has been well received. Much like the nerf of the 2+/2+ reroll save to 2+/4+, this is a change that I believe will be well received and make the game more enjoyable and less of a, “who got Invisibility off” contest.

What do you all think? And, on an aside, the LVO is filling up rapidly! We have hardly any rooms left in our room block at the incredibly price of $63 a night plus taxes and fees. The 40K champs only has about 30 tickets left out of 256! Don’t wait to grab those.