Brawl in the Fall Recap

You are here: Home › Uncategorized › Brawl in the Fall Recap

Hello everyone, Frankie here to talk about the Brawl in the Fall. Check out the Tactics Corner for more great tournament reports.

We just recently got back from the Brawl in the Fall 2014. It was located in Fresno CA and was a two day GT 1750 points. I took out the list that everyone was excited to see played so here we go: 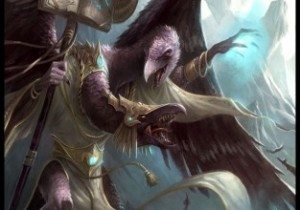 First Round I pulled a local buddy of ours who was playing a Drop Pod list with 2 Storm Talons and 2 Thunderfires. He ended up giving me first turn which is a mistake with the army that I am playing because it allows me to summon some units and cover more of the table to prevent Drop Pods from killing too many of my important guys. I was able to summon 4 units of Daemonettes. Fateweaver took flight and Be’lekor stayed on the ground to give my Pink Horrors protection. He dropped in 3 units of pods far away from my Emperor’s Will objective: big mistake.

It takes me a few turns to kill the troops that dropped in turn one and Fateweaver flew into the back field to deal with some squads that dropped onto his Emperor’s Will objective. I learned this game that Fateweaver’s fire power is super over-powered. He wipes out an entire 10 man Marine squad, every turn. The hell Drake under performed and Be’lakor was a beast. Overall, great game! We were a little behind in time and if my opponent made a 5 inch run he would have won the game. Unfortunately for him he rolled a 3. Game one: Daemons/Chaos 1-0. 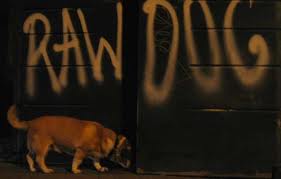 Second Round, the bane of my army: kill points. I end up pulling the old Raw Dogger, haha. Shit, he just beat my butt in the first game I played against this army in practice. Well, I’m going to need a lot of luck to win this game.

I win the roll off to go first and deploy very defensively. Mr. Dogger makes a big deployment mistake and puts a unit of 5 Scouts on my flank by themselves. I get excited as this means I can get First Blood quite easily. He fails to Seize and I am successful in wiping out the Scouts, giving me a huge advantage in this game. On his turn he kills a few Pink Horrors with his Thunderfire and his Dreadknights are able to do a wound to Fateweaver even though he had the Grimore on him haha just sad…

My turn two Fateweaver needs to kill the Thunderfire and take away some of his long range first power. Unfortuantely, Fateweaver sucks it up and takes two wounds from Perils…what a punk. On my Warpstorm I roll an 11…wow this game could be over really fast. He passes his test though. Oh, and let’s not forget my Helldrake didn’t come on the board. Really needed him to vector that Thunderfire. His turn two he jumps up in my face with two Dreadknights, one perils when casting Sanctuary and ends up rolling that 6 going super Saiyan with a 2 ++ invulnerable. Well, shit, that is going to put a wrench in my spokes as I was going to charge that Dreadknight with Be’lakor.

He charges into a Pink Horror unit and gets locked up with them. My turn three, my Helldrake stays off again, gosh darnit and Fateweaver is forced to fly off of the table as he is down to 1 wound and I cant afford to give up Warlord. I get Invisability off on Be’lakor and summon 3 units of Daemonettes as I need them to counter charge the Centurion star if they decide to get into the action. Be’lakor is able to do 2 wounds to the Dreadknight and the Pinks are able to hold on one more turn. Raw Dogger’s Storm Raven comes on the table and kills all of the Daemonette units with its Hurricane Bolters. The Centurions are able to Charge and get locked in combat with a unit of Daemonettes, bringing them down to 3 models. Be’lakor is unable to break free and takes a few wounds from the Dreadknight. My turn four the Helldrake and Fateweaver come on and are still unable to kill the Thunderfire Cannon. Be’lakor Fails Invisibility and I am only able to summon two units of Pinks. I charge a unit of Daemonettes into Both Dreadknights not able to do any wounds and getting locked in combat with both. Draigo and Friends are able to kill the unit they were locked in combat with and walk towards Be’lakor. Draigo ends up punking Belakor and kills a few more units of Daemonettes before the end of the game. Unfortunately for me, Jason’s army was really good on the secondaries and was able to win both the primary and secondary mission objectives. And let’s not forget about Fateweaver dying to a Plasma Pistol to the face from the Techmarine…doh! Daemon/ Chaos 1-1. 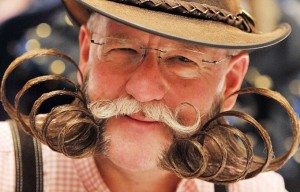 Game Three I pull a 3 knight list. The list I was most scared to play against. Ge was an awesome opponent though, with the sickest mustache, so I forgave him for the Knights!

I get first turn once again and start summoning some Deamonette units as my opponent has a large bike unit with a Chapter Master. Luckily for me Fateweaver got a Melta shooting attack from Pyromancy and Flys straight towards the Lancer Knight. Be’lakor stays mid field and gets ready to eat up some knights. He runs forward and kills quite a few Daemonettes and a couple Pinks with his Battle Cannon shots. My turn Be’lakor charges into the bike unit and casts invis on himself. Fateweaver flys over the Lancer and is able to bring it down to 2 hull points with a re-roll of the damage result on his melta shot. (Fateweaver’s special re-roll once per player turn). Be’lakor makes the charge and is able to kill most of the bike unit. The bikes unfortunately miss all their attacks since they need 6’s.

I summon two units of Screamers and get them ready to charge next turn. His turn two he fails to charge with the Lancer and wipes out two units of Daemonettes with the other two Knights, and brings one unit of Screamers down to 2 models. Be’lakor is able to do a few wounds to the Chapter master and stay in combat. My turn the Helldrake comes on the table and Flames his Scout unit off of the objective in the back of the table. Fateweaver lands and kills the Knight Lancer. The D slap ends up hitting him and doing 2 wounds. My Screamers charge into the one knight and do 1 hull point and end up only losing one guy. His turn goes quick and wipes out a unit of Pink horrors with his stomps. He also kills all the screamers in combat with him. His Chapter Master dies and the unit is able to break away towards his back field objective.

My turn Be’lakor charges along with 2 Screamers into the Knight and ends up blowing him up and not taking any damage. Fateweaver is able to kill the bike in the back field. At this point we call it as I have 5 screamers and Belakor getting ready to charge the last model on the table. Great game and we finished a bit early. Awesome opponent and he even said he really enjoyed playing against my list even after all the crazy things he heard about it online. Daemons/Chaos going into day two 2-1 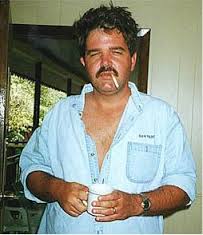 Round four didn’t happen for me! Unfortunately, we went out and partied too hard the night before so I did not wake up in time to make this round, haha. Too bad to because I got paired against Tasty Taste’s Green tide list. Would have been probably the most fun game at the event. But luckily during that round I got to hydrate and get ready for the last game. Daemons/ Chaos 2-2 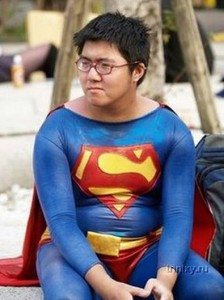 Round five I pull Dan The Man, Superman! We’re both really excited since we were both super hung over. We start talking shit during deployment when he wins the roll off to go first. That’s not good since he is playing White Scars bikes. I attempt to seize the initiative to no avail. He alpha strikes the crap out of me, almost killing a whole unit of Pinks and taking away about 8 warp-charge. He also was able to block off most of my summons since they summon within 12″ of the caster and he has filled all of that space. Nice tactic! Luckily he didn’t get First Blood, so I do have that going for me.

Be’lakor gets ready to charge with invis on himself. Should have cast the Grimore on him but I thought invis would be enough. Fateweaver takes flight and puts some shots into a unit of bikes, killing 3. I am able to summon 2 units of Daemonettes for next turn’s charges. Be’lakor charges into a 5 man bike unit and takes 2 wounds to over watch, haha, so sad. He also doesn’t wipe out the unit, leaving two guys alive which fail to hit and run out. Yes, I am safe in close combat for one turn!

His turn he wipes out the hearld with the Grimore and puts the hurt on one Daemonette unit. Now I am in trouble. He also charges a unit of bikes into Be’lakor, killing him with strength 5 impact hits…. shit. His one storm talon is able to kill Fateweaver as well with all of its shots. Well…this is going to plan!

My turn I am able to summon a Daemon Prince and kill a unit of bikes with the Helldrake. I also summon another unit of Daemonettes. The game is basically over by turn four, my dice went cold and wasn’t able to recover. Should have flown Fateweaver off on turn one to wait for the Storm Talons and should have cast the Grimore on Be’lakor. Dan ends up tabling me on turn 7…and I am actually happy I was able to hold out for that long, haha. Super fun game and we were able to laugh the whole time since we were both making a lot of mistakes. Daemons/ Chaos Final 2-3

So, not the best showing of the list but I learned its limits and if I had practiced with it I probably would have been able to make it to the top table. The list is extremely good and if you play it right not a lot of armies would stand a chance. I really needed to cast Cursed earth more and use a couple of other combos that I didn’t this time around. But over all, I had a blast and will be playing the list more in the future. Was able to finish all my games on time and was able to make the games fun for all my opponents so I would call the Daemon Factory list and the overall tournament a success.

Thank you for reading. I am thinking of Dropping the Helldrake as he sucked at life this tournament. Let me know what you guys would change in the list.

23 Responses to “Brawl in the Fall Recap”