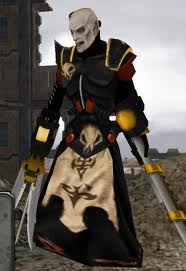 Hey everyone, Reecius here with a review of the new Dark Eldar supplement, the Haemonculus Coven! For more great reviews, check out the Tactics Corner.

The Dark Eldar book has caused quite a bit of controversy. Much like Tyranids and Grey Knights, the perception is that the book is underpowered. However, I disagree and think that while there is a lot to be legitimately upset about with the DE book, it is very powerful and there is a lot of win in there. And, as we have seen as a bit of a pattern in 7th ed, the supplemental codex comes along and adds a lot of flavor and powerful options.

Before I dig too far into the rules analysis, I have to say that the book is gorgeous! The art is excellent. The new artists at GW have really been hitting it out of the park. 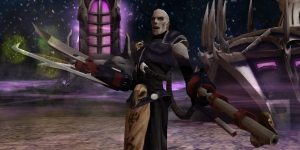 The book offers up some awesome tools for the DE player. For one, you get their faction wide rules which are:

A different PfP table which really benefits the Haemonculus units’ big weakness which is leadership. Turn 2, the entire army is Fearless. Wow, that is good. You can’t go to ground, but as these armies will almost always be aggressive assault armies, that isn’t so bad. By turn 4 you also pick up IWND, which helps on an army that will largely, if not entirely, be comprised of multi wound models. Causing Fear, which is usually a bit of a joke in 40K, is helped out by the command trait, Freakish Spectacle, which is a -1ld bubble for all units in the Formations or Covenite Coterie detachment. Lastly, you end up with Zealot and Eternal Warrior on the PfP table which, obviously, helps a lot for the end game.

The Warlord Traits table is hit or miss. The first trait is amazing, granting a 12″ FnP reroll 1’s to all Talos and Cronos models. That combined with a Cronos buffing FnP to 4+ makes these units ultra durable.  Master Regenist is also really good, giving your Warlord and all Grotesques in his unit IWND, which is also, obviously quite good. Master of Apotheosis grants the Warlord and Wracks he is attached to FnP 4+. I think Wracks are not the greatest unit, so meh, but it is an obviously useful buff. All of these can be great, but require you to have the units that will be buffed or the trait is wasted. Luckily, some of the Formations grant these automatically, which makes them great in lists built around them.

The other Warlord traits are fair to just weird. One of them gives you D3 bonus victory points if your warlord is slain by AP2 or 1 weapons, or an ID attack. Master of Symphoneus gives you -1 or +1 to your reserve rolls, and Master of Nemesine gives your Warlord Preferred Enemy, which is killer, and applies to his unit, too, of course.

In all, not bad, better than most supplements, but require you to have the units in question or have good odds of not getting something you can use.

As mentioned above, it provides a 12″ -1ld bubble to all units in it, which can be awesome, or worthless depending on your opponent. And, per usual, it also allows a reroll on the Warlord Table.

It consists of 2-5 HQ, 2-8 Elites, 0-4 Heavy Support. You can also only take Urien, Haemonculus, Raiders and Venoms (as dedicated transports only), Wracks, Grotesques, Talos and Cronos units. So, this is the most restricted Detachment we’ve seen, but, it fits the fluff.

I honestly don’t think this is a very powerful detachment on its own as it has so many restrictions. Literally no AA, and very limited ranged shooting options. That’s not to say you couldn’t play this on its own at all, just that your options would be limited and the possibility of a bad match-up rearing its ugly head increase.

However, it does allow for some really fun lists. You can run all Grotesques which is really cool and makes for a powerful assault army. Give them a Haemonculus to make them Fearless right away, and toss them in a Raider and you have a fast army that hits hard in assault. You can take 12 Talos or Cronos if you want, and Talos can provide you with some good assault and firepower. Or you give them all WWPs, and take them to supplement a different Detachment, and you can raid down Grotesques on your opponent.

You can also create bizzaro super units of Haemonculus with all of their weird weapons to make some actually decent shooting units (Hexrifles, Crucible of Malediction) or assault units (Scissorhand, etc.). Mainly though, it allows you to take a LOT of WWPs which gives you all kinds of choices with DE or Eldar allies for deep-striking mayhem. Imagine 30 Fire Dragons all Deep Striking without scattering to get an idea of the power this can put on the table.

The Wracks are OK. You can kit them with some fun stuff, and toss them into the excellent Venoms, but, they are pretty limp-wristed in a fight. They just don’t pack much punch. They do cheaply fill the mandatory 2 Elites slots though, if you are just allying in the Coterie to get more HQs.

The extra heavy slots are fun, and allow a DE allied to this Detachment to load up on other units like Ravagers, and still take some choppy Talos and Cronos.

In all, this Detachment has a lot of flavorful potential, but I think will rarely be seen solo. As an ally to DE or Eldar though, it provides a LOT of powerful combos.

This is where this book really shines. Some of these Formations are excellent. All of them have the Freakish Spectacle ability described above. 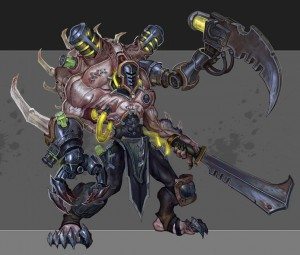 This formations consists of 2 units of Grotesques, and either Urien or a Haemonculus. The main benefit is that all the Grotesques in the formation get a random special bonus before the game starts that gives them either +1 strength, +1 toughness, Fleet, Shred, Rage or FnP4+. Nice! That is really good, and especially +1 toughness means these guys will be really hard to kill. I like this Formation quite a bit as a cheap way to get some boosted assault units into a list. Stick a WWP on the Haemonculus and one of the units can drop down, or attach another DE HQ with a WWP and drop both of the units.

1 Haemonculus, 1 Cronos, 2 units of Wracks. Wracks within 12″ of the Haemonculus get Precisions Strikes which is solid. The Wracks also treat the turn as 1 better for PfP, and as such, start fearless. Not bad. If you make the Haemonculus the Warlord, he comes with the Master Epicurean warlord trait, which is meh. The formation in general is pretty meh, actually, as it boosts Wracks for assault and can be good situationally but in general terms is pretty bland. 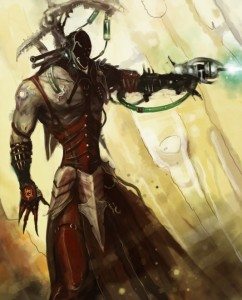 2 units of Wracks in Venoms that have to start the game in reserves and both automatically Deep Strike turn 1. If you get First Blood, you get D3 bonus points. Pretty cool, and potentially game winning bonus. Again, I don’t care for wracks, but, they do allow you to play an all WWP army that goes second every game if possible. You drop the Wracks down after your opponent has wasted their first turn, and then the rest of your army comes in turn 2 for a beta strike list. Could be fun, but outside of that, this Formation is middling at best. 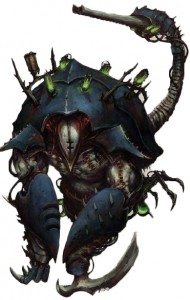 Ahhhhhhhh, yeah! This Formation is amazing. 5 Talos in a unit with Scout. That in and of itself is pretty awesome as a unit of 5 Talos with Ichor Injectors is absolutely deadly in assault. But the fact that they have Scouts to get closer or outflank is even better. However, the icing on the cake is absolutely the Let the Harvest Begin rule that, depending on the style of missions you play, may be the most powerful rule of any formation in the game. It grants you +1 VP for every non-vehicle unit you destroy in assault. That is nuts! If you are playing a mission like the Relic with a very low potential points value in the game, getting bonus VP for killing units can win you the game with ease, even if you don’t take the primary objective. If you play in missions that restricts bonus VPs, it won’t be so crazy, but still very, very good. I would stick with Splinter Cannons on this unit as they will largely be going after non vehicle units for those bonus VPs. That said, 5 twin Haywire Blasters is no joke, either. I think this is a fantastic Formation that bears some careful consideration.

Another very good Formation. It consists of a Haemonculus, Talos and Cronos in a unit. The two MCs add 1 to their WS and In. Lastly, the Haemonculus automatically comes with the Master Artisan Warlord trait which grants Talos and Cronos within 12″ a reroll to their 4+ FnP (due to the Cronos) making for a very durable unit. This unit obviously also wants other Talos around it to get the massive durability buff from the Warlord Trait and Cronos. Or, you can give the Haemonculus a WWP and Deep Strike the entire unit. Not bad at all, not too pricey and gives you a lot of choices. I think we will see this formation often as it is an all in one, durable assault unit, or to buff other beasties. 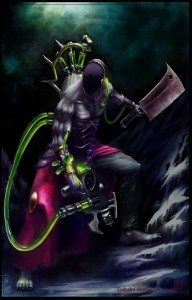 1 Haemonculus, 3 Wracks units in Raiders. The Haemonculus’ Master of Pain special rule has a 12″ bubble, and comes with the Master of Apotheosis Warlord Trait which boosts Wracks he is with to FnP 4+. Meh. Wracks are OK, this makes them a little better. If you like Wracks, this is a cool Formation (although I like the Scalpel Squadron quite a bit more) but in general is nothing special.

So, a mega Formation. It makes for a really powerful army (for a themed army), but fitting it all in to a list may be a challenge. Probably won’t be seeing it much.

So there you have it! A fun addition to the DE arsenal with a lot of flavorful units and powerful combos.