What is a Battleforged Army?

Adam fro mover at the Dice Abide blog, sheds some light on a question that comes up a lot: how do you make a Battleforged army in 7th ed 40K? Check out the Tactics Corner for more great articles!

So despite the new edition having been out for a couple months now, I’m still shocked that people still seem to have no idea how to build an army in 7th edition!  I’m only talking about Battleforged armies, as Unbound is just whatever you want.

So first up, lets talk general construction, and because I’m a designer, I’ve made a handy little infographic: 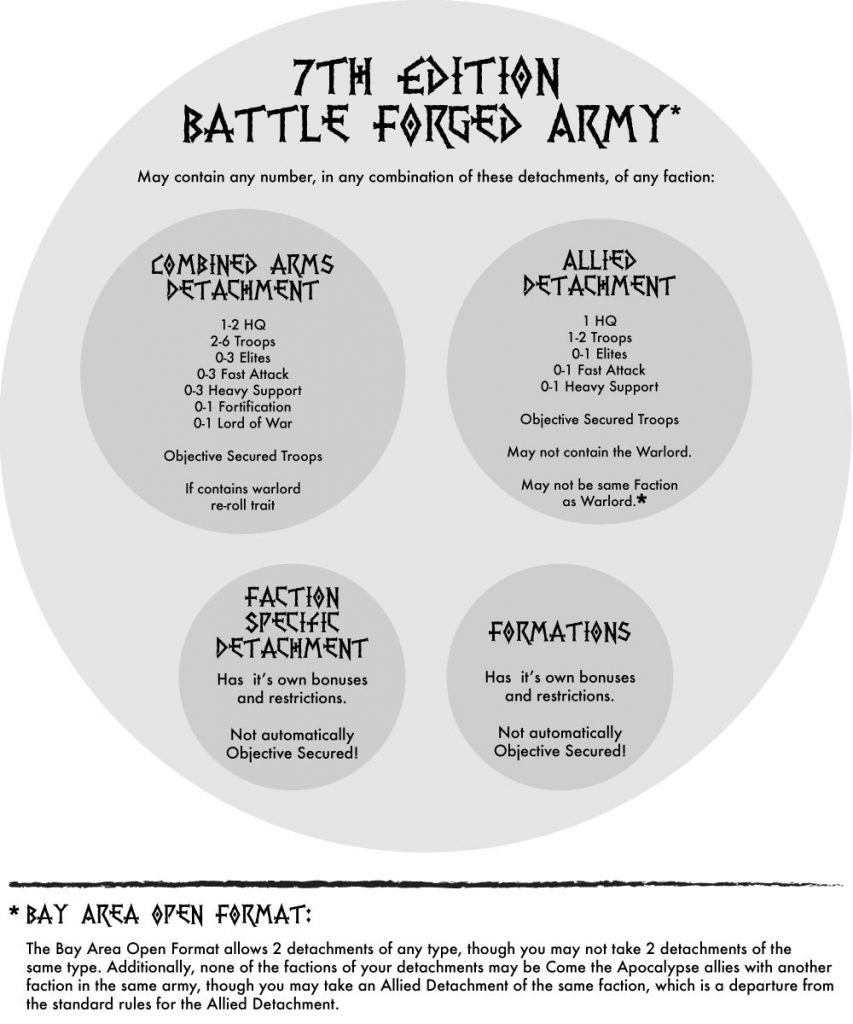 So to begin with, what is that graphic telling us?  First of all, you can make an army of pretty much any combination of factions that you like, though they’ll treat each other’s units as allies as per the allies section of the rulebook.  That means you could have Space Marines with Imperial Guard with Chaos Daemons.  The Space Marines and Guard will treat each other as Battle Brothers, but will both treat the Chaos Daemons as Come the Apocalypse.

Also, just for clarity, Formations are a special type of Detachment, but are a Detachment none the less.

Your Primary Detachment can be ANY detachment other than an Allied Detachment.  It can be from a Formation, Combined Arms, or any other faction specific detachment type.

An Unbound army is simply an army where some of the models do not come from a specific detachment.

There are always exceptions to the rule, Space Marines are allowed to self-ally, and the Sky Blight formation gives Objective Secured to Gargoyles.  This article is just meant to address the general rules of the game.

36 Responses to “What is a Battleforged Army?”